Don’t let the deluge of blockbuster announcements, splashy new projects and franchise building distract you. Disney’s Investor Day presentation on Thursday was about far more than just squeezing every last drop of creative and commercial juice from the Marvel and Star Wars brands. It was about laying the groundwork for the future strategy of Disney, which is pivoting to emphasize direct-to-consumer business above all else.

In the wake of Disney’s Investor Day presentations, its stock has climbed to an all-time high ($170-plus per share) and its market cap, which was $156 billion in early 2018, is now more than $300 billion for the first time in company history. But despite the rapid growth of Disney+ over the last year, the company’s average revenue per user (ARPU), a key metric of the streaming wars, was less than half of Netflix’s thanks to inexpensive bundling of Hotstar subscriptions (an international streaming platform acquired in the Fox deal). Thursday’s presentations had all the glitz and glamor of a major Hollywood press event, but it was surprisingly scientific when it came to the Mouse’s goal of building the most dominant direct-to-consumer offering on the planet.

“My rapid reaction is that this is a company that knows it needs to improve ARPU and is highly focused on that,” Andrew Rosen, former Viacom digital media exec and founder of streaming newsletter PARQOR, told Observer. “It also seems to be savvy to the fact that Disney+, on its own, has upper bounds in its growth that Star, Star+, and Hotstar burst through globally. It’s no accident their projections tripled to quadrupled.”

We’re about to throw a bunch of numbers on you, so be ready.

During the presentation, Disney revealed that approximately 30% of Disney+’s 86 million global subscribers are Hotstar customers, thus the service’s unusually low ARPU. Disney now expects to accrue between 230 million and 260 million Disney+ subscribers by the end of the fiscal 2024 year and between 30% and 40% of those paying customers will be Hotstar subs. (For comparison, Netflix is about to pass 200 million global subscribers). Growing the customer base is crucial, but as we predicted earlier this week, Disney is now in a position of pricing power thanks to Disney+’s rocketing success. As such, the U.S. Disney+ cost will increase by $1 to $7.99 per month beginning in March.

Across licensed and original content, Disney spent $2 billion on Disney+ in 2020, which is actually a small number compared to rival streamers. Prior to launch, the company expected that number to rise to $4 billion by 2024. Now, after unprecedented growth and an accelerated timeline, the Mouse House expects content expenses to be between $8 billion and $9 billion by 2024, particularly because of blockbuster Marvel and Star Wars investments. As originally projected, Disney+ is still on pace to turn a profit in 2024. (Prior to the pandemic, Netflix was set to spend $17 billion on content in 2020).

“With [Bob] Chapek repeating ‘flexibility,’ the Star and Star+ rollouts are significant for a whole host of reasons,” Rosen said. “Both officially kill Hulu international expansion. Disney has created two entirely different products: Star as a robust offering within Disney+ for the world ex-Latin America, Star+ as its own animal with ESPN and ESPN+ across Latin America.”

Rosen explains that pricing for Star will drive higher ARPU for Disney+, especially with Star in EU and Canada and pricing for Star+ will drive higher overall ARPU at $9, closer to Netflix’s $10-plus. It’s clear that the Fox acquisition and Hotstar acquisition fundamentally changed the planned trajectory of Disney+. If India—which has long been a subscriber growth target of Netflix’s—is going to comprise up to 40% of Disney+’s estimated subscriber base by 2024, Hotstar will be playing a key role which then feeds into Star and Star+. Without it, Disney+ in 2024 is a good growth story that plateaued early. Instead, the company now has a fierce and multifaceted international streaming brand to pair with Disney+ and a relatively saturated domestic market. We’ve previously explored how Netflix’s greatest advantage in the streaming wars is its years long investments into overseas regions. Disney is now expanding on that strategy with live event programming that Netflix can’t match.

“With Hotstar, it’s now Disney+ and the Cricket World Cup, or Disney+ and European Football being broadcast across Latin America,” Rosen said. “Those just read extraordinarily valuable. With the Fox acquisition, Disney has fundamentally redefined the possibilities of its DTC model.”

One particularly striking announcement for Rosen was animated originals Iwájú from African entertainment company Kugali, and the Columbian-set Encanto with music from Lin-Manuel Miranda. If Disney+ Hotstar is its sub-continental play in India, and live-action Mulan targeted mainland China, it is notable that Iwájú targets the African continent and Encanto targets South and Latin America. “This is a company pushing its content beyond American cultural and English language barriers as its distribution evolves, and Disney+ accelerates those trends.”

Despite Disney’s focus on Marvel and Star Wars—nominally American brands—the Investor Day presentation painted a clear picture of the company’s roaring global strategy. Disney is aggressively developing a multi-pronged content and platform strategy for overseas regions. The Mouse House is combining cultural and non-English original programming as well as attractive live events on accessible international streamers to expand its sphere of influence. It’s a carefully thought out strategy that should methodically add to Disney’s bottom line over the next four years. 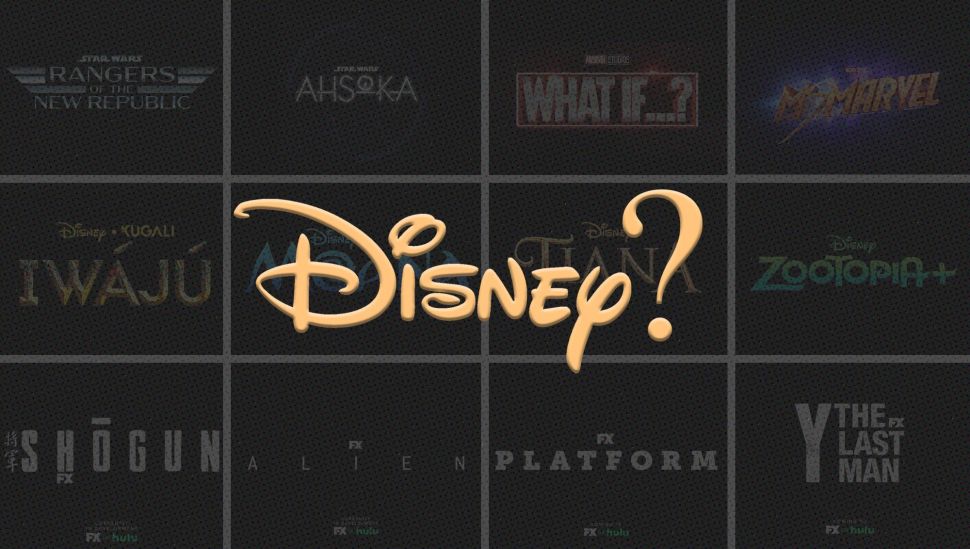