It was just last month that perennial home flippers Ellen DeGeneres and Portia de Rossi offloaded their palatial Montecito compound, known as Salt Hill, for a staggering $33.31 million. The couple has owned quite a few homes in the ritzy Santa Barbara enclave over the years, but it seemed that they were taking a brief break from the area with their most recent sale.

Alas, it turns out that DeGeneres and de Rossi actually already had their next Montecito home situation figured out at the time that they sold Salt Hill.

DeGeneres and de Rossi paid comedian and political commentator Dennis Miller and his wife, former model Carolyn Espley-Miller, a hefty $49 million for their Montecito mansion back in September, reports the Wall Street Journal. The Ellen Show host bought the home in an off-market deal.

DeGeneres and de Rossi’s new Santa Barbara compound sits on over four acres, and is composed of at least five separate structures.

The South African Cape Dutch-style main house spans over 9,000 square feet, and even though there were no listing photos of the property, Espley-Miller provided a glimpse into the home via her Instagram account. She’s posted quite a few images of the Montecito estate, showing off details like wood beamed ceilings, black-and-white marble floors and many a fireplace.

The compound also includes a guesthouse, a pool house and a Tom Kundig-designed barn-style building. There’s an infinity-edge swimming pool and a casual private lily pond elsewhere on the estate.

DeGeneres and de Rossi are already quite familiar with the area, of course, considering the vast number of homes they’ve owned in the celeb-adored enclave over the years. Their new abode does happen to be quite close to two of Montecito’s newest residents, as it’s just a five-minute drive to Prince Harry and Meghan Markle’s own Santa Barbara mansion. 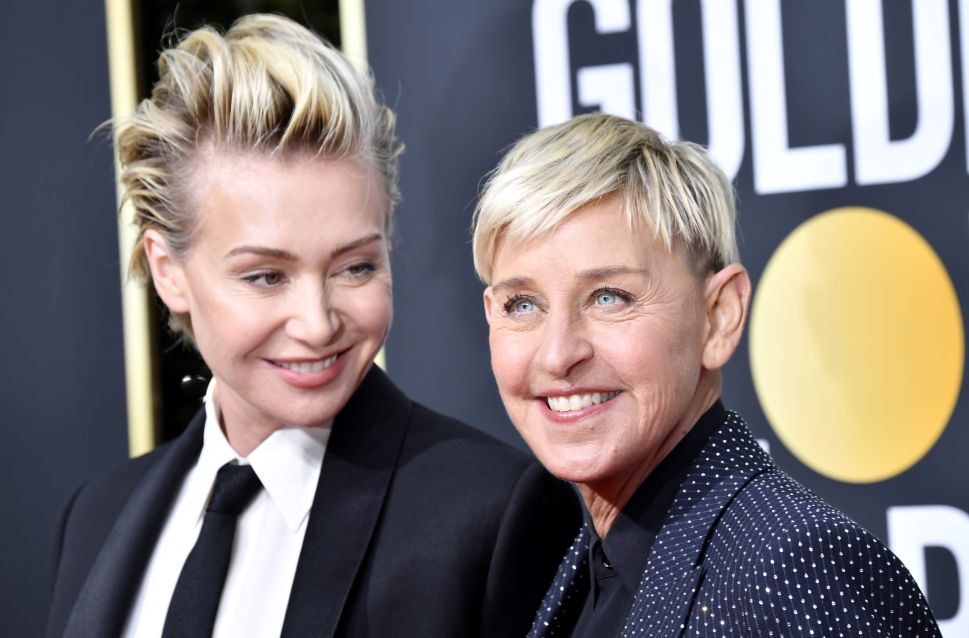