A COVID-19 vaccine has been recommended for approval in the United States.

On Thursday, a federal vaccine advisory panel formally recommended that the Food and Drug Association authorize the emergency use of Pfizer and BioNTech’s groundbreaking COVID-19 vaccine, BNT162b2. The FDA is expected to officially issue the green light any minute, marking a significant milestone in the yearlong battle against the coronavirus.

The vaccine advisory panel voted 17 to 4, with one member abstaining, in favor of emergency authorization for people 16 and older.

Now come a whole new set of questions: When and where can I get an injection? How does the wait work? And how long until we reach “herd immunity” so that everyone can get back to normalcy?

Federal and state health officials have been working for months on a distribution plan to make sure that the first batch of vaccine goes to those who need it the most. “We’ve worked many rehearsals and planning cycles to determine execution following EUA (Emergency Use Authorization),” Gustave F. Perna, the chief operating officer of Operation Warp Speed, told NBC Nightly News on Wednesday. “That’s why I’m confident that as soon as EUA comes aboard, we’ll start packing to the final destinations, and distribution will begin within 24 hours.”

However, before the first shipment arrives at local distributors, many uncertainties remain.

We already know that the initial supply will be tight. Pfizer has said it will ship 50 million doses for the U.S. market in December. And Moderna, the next on FDA’s review list, plans to produce 20 million doses for Americans by the end of the year. Together, they will cover 35 million people, because each person needs two doses.

The first shipment will be just a fraction of that. Officials on Operation Warp Speed say 6.4 million Pfizer vaccines are already on their way to 50 states as well as Washington, D.C. and five U.S. territories. The doses will be allotted to states based on population, leaving local governments only a few hundred thousand doses to work with, at best.

Earlier this week, a survey of health officials in all 50 states by USA TODAY Network found that many of them feel stressed due to either lack of funding or insufficient information about the vaccine itself—things as basic as how many doses will arrive this weekend.

“A state can be told to expect 60,000 doses in its first shipment, only to see the number drop to 20,000 a few weeks later,” USA TODAY reported. Texas, for example, was told to expect 1.4 million doses for the month of December, but the CDC didn’t say how many would come in the first shipment. Wisconsin, in contrast, was given a very specific number of 49,725 doses in the initial shipment.

It’s also unclear whether the first batch is intended for two doses per person or just the first dose. (Pfizer’s two-dose vaccine is designed to be given three weeks apart.) Logistics could be another issue. Not all states have the necessary infrastructure to transport and store Pfizer’s vaccine, which requires deep freezing at all times. And the CDC has yet to issue instructions on whether states need to invest in such systems.

Funding is not an immediate concern for most states, but could lead to problems down the road. States have received two rounds of federal fundings for vaccine preparedness this year, one from the CARES (Coronavirus Aid, Relief and Economic Security) Act in March and the other from the CDC ($200 million) in September.

But that won’t last long. In Maryland, for example, the federal funds won’t be enough to even cover the labor cost of injecting vaccines, the USA TODAY survey found. Pfizer estimates that each injection will take 10 minutes, meaning that it will cost $136 million to pay for the staff time necessary to vaccinate the state’s 6 million residents. 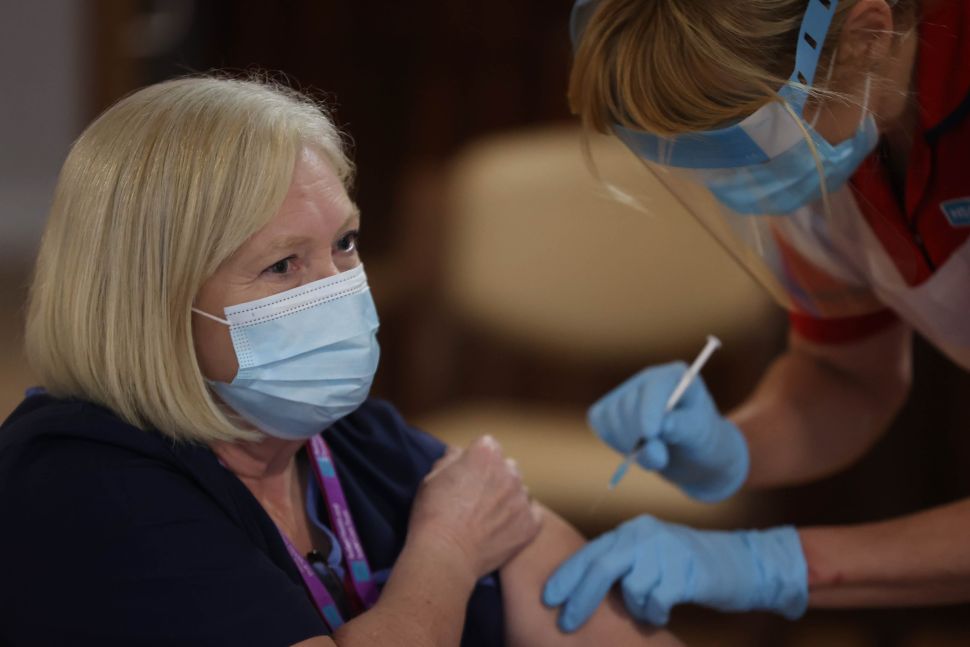