When we think of the French artist JR, we think of street art. The Parisian artist is known for creating enormous, paper paste-up portraits in cities across the world, from Brooklyn to Venice to Ramallah. By making the invisible visible and giving a voice to the voiceless, the artist knows how to make the energy of a city shine through its locals.

Now, JR is turning his focus to Australia, where the country’s Darling River is suffering from drought and pollution. His public art photo project Homily to Country, shows the farmers and Indigenous community who are affected by the drought, which is on view as part of the NGV Triennial, which opens Dec 19 and runs until April 18, 2021.

The project is an Australian version of a project he started in Italy this year called Omelia Contadina, which raised awareness of the disappearance of rural agriculture in small towns. For the Australian project, however, he traveled to the town of Mildura, in the Sunraysia region, where farmers have been impacted by the longest-ever drought. “Coming from the city, it’s a situation I wasn’t really aware of,” he said. “I tried to work directly with farmers in each place to create a visual that would describe the complex situation that they are facing.”

The Darling River is one of the longest rivers in Australia, stretching from New South Wales to Wentworth in southern Australia, near Sydney. With the rise of climate change, the area has become arid and dry. As a result, the river has experienced a drought and high levels of pollution. Photos of the dried-up river are eerie, as trees lay in what looks like an oblong puddle, and just as the local environment is suffering, so are the farmers. Last year, Australian scientists predicted the river would die (in many parts, it isn’t flowing), and over a million fish have not survived the drought. The Australian government has started The Murray Darling Basin Plan, which is an ongoing solution.

JR is no stranger to the spotlight. He made waves with his recent Brooklyn Museum retrospective JR Chronicles, as well as his award-winning documentary with French filmmaker Agnes Varda, Faces Places. As of late, the artist is busy while stationed back in Paris; he’s teaching a free class on photography, is touring his survey show at the Saatchi Gallery in London, and is having an art exhibit with the Galleria Continua in Sao Paulo called Omelia Contadina

He speaks about driving on dirt roads in rural Australia, saving farmers and the current censorship protests in Paris.

Observer: What are you doing in Paris? I thought you lived in New York.

JR: I’m here for a while. I teach a class here. COVID happened, and I have a home here, a school here and my own restaurant, so, in the end, it was easier for me to stay here and it worked out. I was just teaching a class at the Louvre. Life is so crazy right now, it’s so strange.

What did you notice on your trip to Australia for the NGV Triennial?

This is a super exciting project for me. I went to Australia; it was my last big trip there. I basically came back to France from Australia and got COVID and then I stayed here. I think I got it in France, but it was my last trip.

This piece is based around the ecological decline of the Darling River in Victoria, Australia, correct?

Yes, I started it in Italy before, but when I had been there, I thought, what would be the situation there? I was told the situation the farmers must deal with there, across the country. I knew I couldn’t go across Australia, but I went right in the heart of the countryside where the Darling River is dry, even though there are other parts of Australia where the river is up and running. It was a great way to see the impact it has on different communities along a small section of that river, that’s how I met all those farmers.

What did the farmers have to say?

For them, this has never happened before, that the river would dry up like that. They know they’re living in a moment of time that is unprecedented. When you go deeper into the layers of the situation, they’ve been changing what they’ve been doing for generations. I landed right in the middle of that discussion. I wanted to include many voices, like the Indigenous people who don’t have the same resources as farmers, but some small, independent farmers explained they were in a difficult situation. I felt it could explode at any moment.

When I did the project in Italy, the farmers were fighting to continue farming. Monoculture is destroying small farmers. It doesn’t feel like a devastating image but it’s a silent death. When I met the farmers in Australia, they said they’re living during one of the toughest times they’ve ever had to face. So we’re planning a march through the city, which might involve people who don’t necessarily know a lot about the issue but come because it’s a giant piece of art and they want to be part of it. They might ask: “Who is that person in the photo?” It’s a farmer who is just trying to continue farming. And that one farmer represents many more.

How bad is the drought along the Darling River?

Depending on the access of they have or not, even if they pay taxes for , they might not have access to it.  One farmer that reached out to me was wealthy and said he’s feeling for small farmers who don’t have any access to . I talked to farmers, Indigenous groups, and I drove into a sand road in the middle of nowhere, I never did anything like that. But along the same river, they’ve never seen a situation where was always there for generations, there was never a drought. They’re all in the same fight.

What are your thoughts around The Paris Agreement and the sense of urgency of climate change?

I’ve never touched the subject frontally, directly. But I’ve always dealt with projects that dealt with climate change somehow; immigration, farming, global warming. I’m from a city, not a rural area, so I am discovering a different world and creating an image that would impact people in Paris and touch people around the world. I hope people, like me, who weren’t aware of the situation, get to learn about this.

It feels like you’re always working to touch the lives of everyday people, is that right?

Yes, I have to say often it’s a great excuse to learn about a situation. I get the flow of information like anyone else. When I got to Australia, the fires were bigger than ever. I wouldn’t have known about the effects of climate change. I wanted to celebrate these people and make them 12 feet up on stained glass in a chapel, which is how they’re being shown, or a 30-meter long tarp. It’s a great way to raise this question.

Can you tell us more about the piece called Badger, who is wearing a “Save the Darling Barka” t-shirt?

He is an Indigenous artist, we walked through the river together. He explained the situation and the impact of the river’s drought on his people. It was moving because we talked about the power of art. He understood it right away.

How has the pandemic changed public space and how artists use it?

I wish I could travel to be there, but of course I can’t. Australia has a different situation than here. Outside, people can keep a safe distance and wear a mask when seeing the project. I did a similar thing in Italy as well a few months ago. It’s the first time I can’t be at an exhibition for such a big project. The video has the farmers speaking up and using their voices to have a discussion. Like any great artwork, it’s about raising questions that don’t give answers. I love to create art.

What do you think of the law that’s being proposed in France that plans to censor videos of police brutality? Have you seen the protests, what do you think?

Of course. If you look at the image I did when I was 18 of my friend holding a camera like a gun, it has been used all over the protests because it reflects what’s going on right now. It’s a law I hope that won’t get passed. With my students and my school, in my class, I have students from 18 to 47, and even one student is a policeman who wants to become an artist. So, the discussion we have is productive. It’s not one vision. It’s a strange time to be protesting when there is COVID and restrictions. Police brutality we have seen recently exists because it was recorded on cameras. It should be allowed to be filmed both ways. That shows we evolve to correct our society. We can build it better.

What do you credit your success to? is it your ambition, your drive, telling other people’s stories? What fuels you?

It’s to be on the move, really. I don’t have a goal or “this is where I want to be in five years.” I don’t even know where I want to be in one week. I’ve always been in action, movement, creating. Never looking back but being in the action. That’s how I’ve always created. When I tell my students my number one advice, it’s this: Technique is good but as an artist you can live without technique. But always being ready to create, to work, and being curious is the key to a great journey. We each have a different one, but there’s a process and the process is the most interesting part. 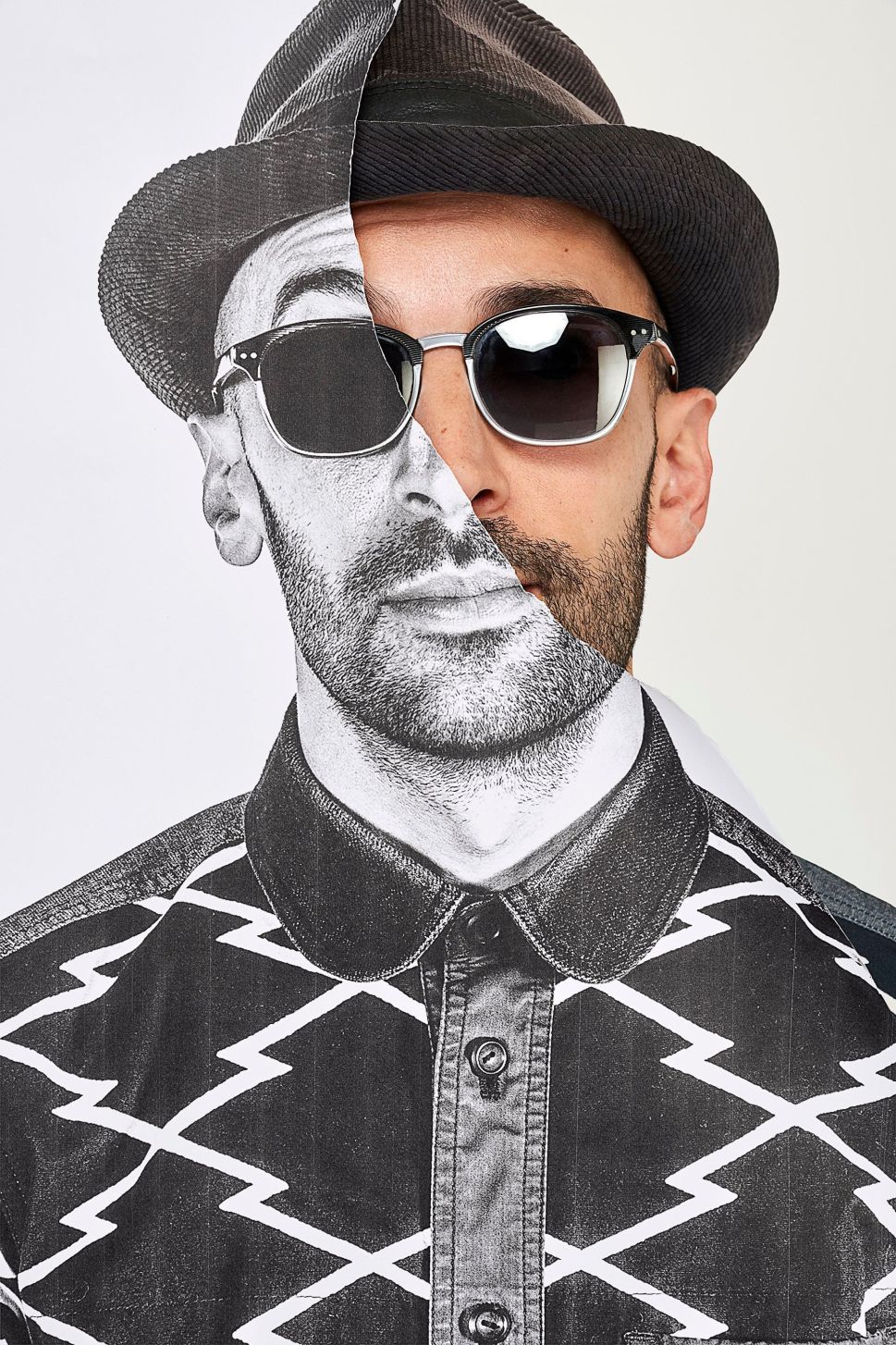