On Tuesday evening, A Girl Blowing on a Brazier (La Fillette au braisier), an extremely rare and elusive painting by the 17th century French painter Georges de La Tour, sold at auction in Germany for €3.6 million ($4.34 million). This sale sets a new record for the most expensive work of art ever to be sold at a German auction house. Lempertz, the auction house that executed the sale, sold the piece among other masterpieces from the Bischoff Collection, which also includes work by Cornelis Kick and Osias Beert the Elder. The reason why the La Tour painting fetched such a high price is because the painter’s work is extremely scant: only 48 paintings by the artist are known to definitively exist.

A Girl Blowing on a Brazier (La Fillette au braisier)
🤩

The work, which depicts a young woman in the act of completing a solitary domestic activity, represents an example of something the artist was extremely well known for. During La Tour’s late period, which dates from approximately 1646 to 1648, the artist had already begun to focus on his nocturne paintings: paintings of people framed by the glow of a shimmering candle flame. La Tour was particularly adept at producing this effect; the woman in A Girl Blowing on a Brazier appears floodlit with brilliant orange light.

Other works by La Tour have, as such, commanded impressive prices at auction: in 2008, the painter’s portrait of Saint James sold at Sotheby’s New York for a considerable sum of $3.2 million. It was purchased by a collector, and eventually wound up in the Metropolitan Museum of Art. And 1991, A Blind Hurdy-Gurdy Player by La Tour sold at Christie’s in London for $3.4 million. In an art world that’s saturated by painters with huge catalogues to their name, there’s something special about an artist whose body of work is so small, and so precious. 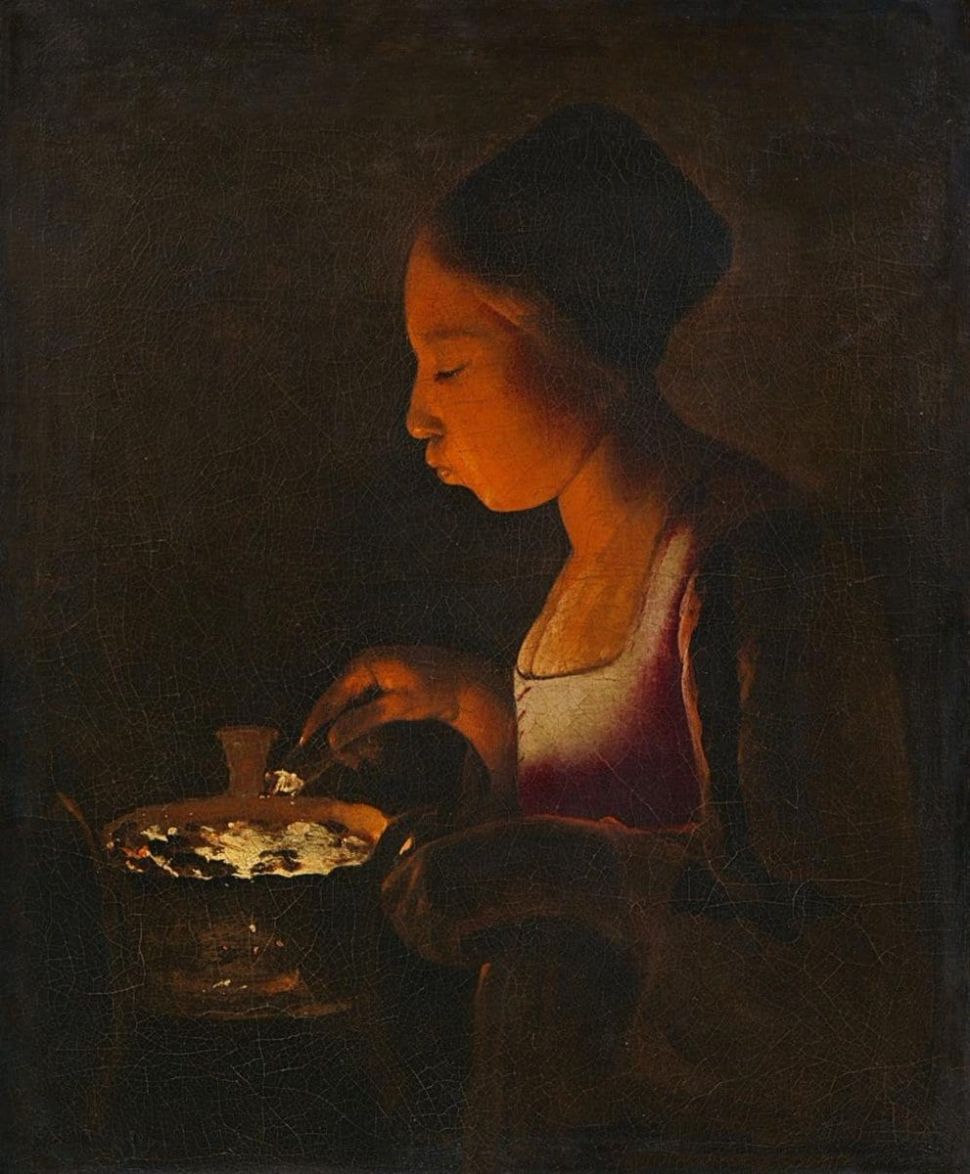