On Thursday, Warner Bros. sent shockwaves through the film industry when it announced that its entire 2021 theatrical slate will be opening both in theaters and on HBO Max as a result of the global coronavirus pandemic. Counting Christmas’s Wonder Woman 1984 hybrid release, the studio is sending 18 movies to its streaming service alongside theaters over the next 12 months. This is as significant of a development in the entertainment industry as anything that’s transpired over the last 20 years.

“WB’s move is a multiplex mega-quake that will cause reverberations for months, possibly years and may end up forever changing the theatrical model,” Jeff Bock, Senior Box Office Analyst at Exhibitor Relations, told Observer.

This new hybrid release may help to prevent the rapid film decay straight-to-streaming movies often experience. At the same time, WarnerMedia repositions HBO Max from a struggling premium priced late entrant in the streaming wars to a must-have service for film lovers.

“The release date paradigm shift is giving consumers an immediate choice, as well as bolstering HBO Max as a top tier destination for content alongside Netflix and Disney+,” Bock said. After a slow start and a disappointing launch, HBO Max has begun to find its footing. Max original The Flight Attendant and HBO original The Undoing were the most-watched SVOD programs across all services for the week of Nov. 6-Dec. 2, according to Reelgood data provided to Observer. Bock sees this new development—where marquee franchise films such as Wonder Woman 1984, The Suicide Squad, and The Matrix 4 all hit streaming day-and-date with their theatrical releases—as a tangible shift in the balance of power.

“In a way, it’s bigger than anything Netflix could ever aspire to. It’s no secret they’ve been chasing blockbuster-style films, well, WB beat them to the punch. And it’s a TKO,” he said. “That’s not to say WB will overtake Netflix anytime soon, but it makes them an immediate contender.”

Every major entertainment conglomerate, from Disney and WarnerMedia to ViacomCBS and NBCUniversal, has restructured in 2020 to prioritize direct-to-consumer business. The battle for streaming marketshare is in full swing and it is comprised of a series of high stakes momentum shifts. Unfortunately, movie theaters as we knew them may become the biggest casualties as a result. The pandemic has upended the traditional exhibition business to an unprecedented degree and 2021 will now fundamentally change how society opts to consume mainstream cinema.

Shawn Robbins, Chief Analyst at Box Office Pro, sees both “clear sacrifices and opportunities” in this new model. On the positive side, cinema owners can now guarantee a significant slate of big movies throughout 2021 rather than face the continued threat of momentum-killing release delays. Business won’t be booming to the degree of pre-pandemic levels, but every bit of revenue helps in these economically depressed times. At the same time, WarnerMedia will now make a major push to gain streaming marketshare, with subscribers benefitting the most. But Robbins wonders how sustainable the math will shake out now that consumers are paying a deep discount for films that weren’t designed to be deeply discounted.

“We have yet to see how Wonder Woman 1984 performs under the hybrid strategy, and it will undoubtedly earn less than its full potential at the box office without theatrical exclusivity upfront,” Robbins told Observer. “That title could still stand to lose money as a big-budget film designed to play in theaters and generate the kind of long-term revenue streams that come from that release strategy, and the same is true for many of the releases Warner currently has on its 2021 slate.”

Though the film industry was trending toward a shrinking exclusive theatrical window and greater direct-to-consumer early access, the pandemic has expedited the transition to a degree no one ever expected. This move suggests that WB doesn’t project moviegoing to return to pre-pandemic levels until 2022. It also acknowledges the realities of a streaming-first marketplace. But although it guarantees desperately needed new product for movie theaters, we can’t expect ticket sales under these circumstances to keep major theater chains afloat long-term nor big budget tentpoles to consistently turn a profit.

“We’re in the wild west of consumer choice, but it remains a short-term experiment until the pandemic subsides and the normalities of everyday life, community, and culture begin to return,” Robbins said. “Theatrical windows have been on the brink of evolution for a long time, and this is another push toward that for the future. But it’s difficult—if not impossible—to say this kind of extreme example will carry over beyond 2021.”

It’s fair to wonder if Warner Bros. can ever put the genie back in the bottle after such a gravity-swelling decision, especially on the back of Universal’s window-busting deals with AMC and Cinemark, America’s No. 1 and No. 3 biggest movie chains. Then again, WarnerMedia has just committed many of its most important and expensive films to a strategy that is inherently risky to the traditional cinematic distribution model and presents a substantially higher risk of piracy. There’s no right or wrong answer in the middle of a pandemic as experimentation and innovation is the only way to survive. But it will be crucial for studios and exhibitors to continue finding short-term solutions while building toward long-term common ground amid a new normal. 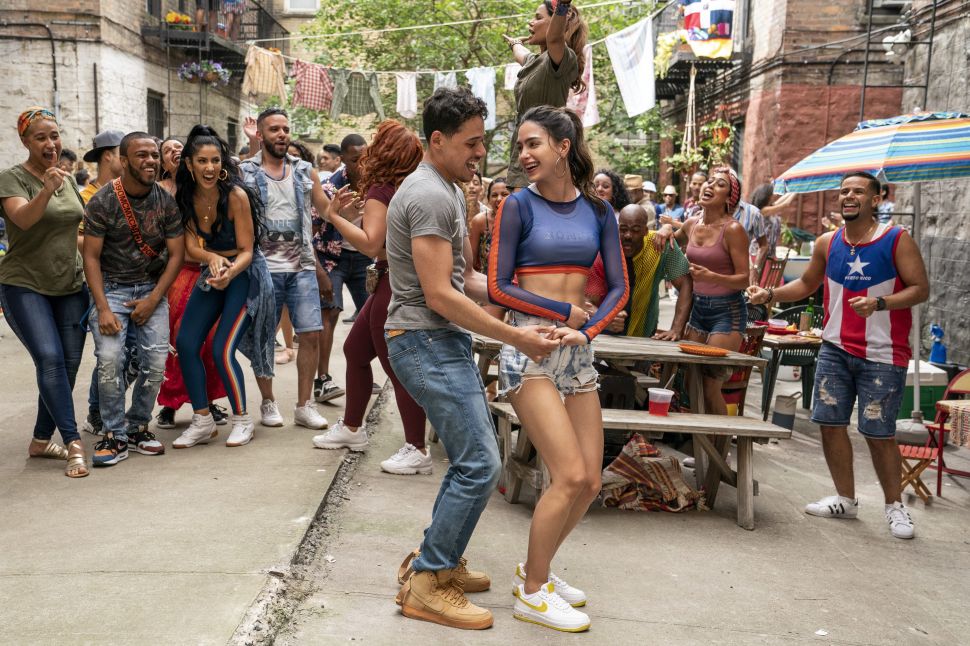