I Hate Suzie begins and ends the same way. The main character, Suzie Pickles, sings what is known as “Suzie’s Song.” The tune first made her famous on an X Factor-like audition when she was a teenager and haunts her—benevolently—20 years later at the start of the series, which premiered on HBO Max this November.

The series, created by Lucy Prebble (Succession) and Billie Piper (Doctor Who), stars Piper as a teen pop star turned actress at the center of a celebrity hacking scandal that has torn apart both her career and marriage. Much of I Hate Suzie’s magic comes from the collaboration behind the project. Prebble and Piper previously worked together on Secret Diary of a Call Girl and The Effect, and Piper has worked with musician-composers Johnny Lloyd and Nathan Coen on her 2019 directorial debut, Rare Beasts. Lloyd, who describes the show as “a big group effort,” and Piper are also partnered romantically.

“Before we even really knew what the series was going to look like, we were already kind of pulling together ideas and sending them to Lucy [Prebble] while she was writing it,” Coen says in a joint interview with Lloyd for Observer.

“We just slowly got this catalog of stuff together and just sent her everything we did along the way,” Lloyd says. “So when we started, we actually had quite a bit of stuff.”

Music is one of the key components of the series and Suzie’s life. It launched her career and is often what she falls back on. In the first episode, “Shame,” Suzie laments how much she hates the rural town she lives in now and breaks into song in the middle of the street. In the sixth episode, a busker performs “Suzie’s Song” in a park as she tells her best friend she wants to be in a musical “all the time.”

“We had a job to write a song for that scene, which actually predated the Suzie audition,” Lloyd says. “We actually wrote the song on acoustic and then later on we thought maybe it would be cool if we could transpose that to the piano.”

“It was written for that busker to play at the end of episode six,” Coen says. “And then when we came to doing this song that was obviously going to be a big deal for Suzie’s character in the series, we thought it might be cool if we had a song that kind of followed her throughout in different forms.”

“So it was a case then of taking this song we’d written before and being like actually, we can tweak this a bit, and then turn it into something that sounds like maybe late ’90s, early noughties, kind of X Factor,” Coen says. “But it was actually developed from the acoustic song into that and then kind of adjusted to sound like it was happening then.”

The duo loved working with Molly Jackson-Shaw, the young actress who plays teenage Suzie in the audition scene, as well as other scattered moments throughout the series.

“It was great working with Molly on that,” Lloyd says. “It just blows away. It’s like, we had a day to do it. She came in, we were obviously a bit nervous, but she just completely nailed it.”

“She played young Suzie in the series and she just happens to be a fantastic singer as well,” Coen says. “[It was] her first time just being in the studio, the first time she’d sung into a proper mic, and she just smashed it.”

In addition to creating the series’ central song, Lloyd and Coen were also tasked with scoring each episode.

“In terms of the cinematography and in terms of the atmosphere and the music, all of the episodes are completely different from one another to reflect the different themes,” Coen says.

The characters in Suzie’s life, from her son to the man with whom she’s having an affair, each have individual themes that appear throughout the series. Each episode after the premiere centers around a single stage of grief, from “Denial” to “Acceptance.”

“Episode three, for example, the ‘Fear’ episode, is just a completely kind of scary underscore and a very, very dark atmosphere,” Coen says. “It’s obviously different than anything else in the series.”

“That’s also what made it so challenging, to have continuity between the episodes but also change the emotional impact of the music every single episode,” Lloyd says.

Lloyd and Coen note that they had to cut a lot from the official soundtrack, which was released in early November, since there was so much content in the eight-episode series. They only finished up in July, in the thick of the pandemic, and had to grapple with recording and producing an album around COVID-19 restrictions.

“Everybody was working remotely, which was a big balance and that affected the schedule and everything,” Coen says, “but we’re really happy with how it turned out in the end.” 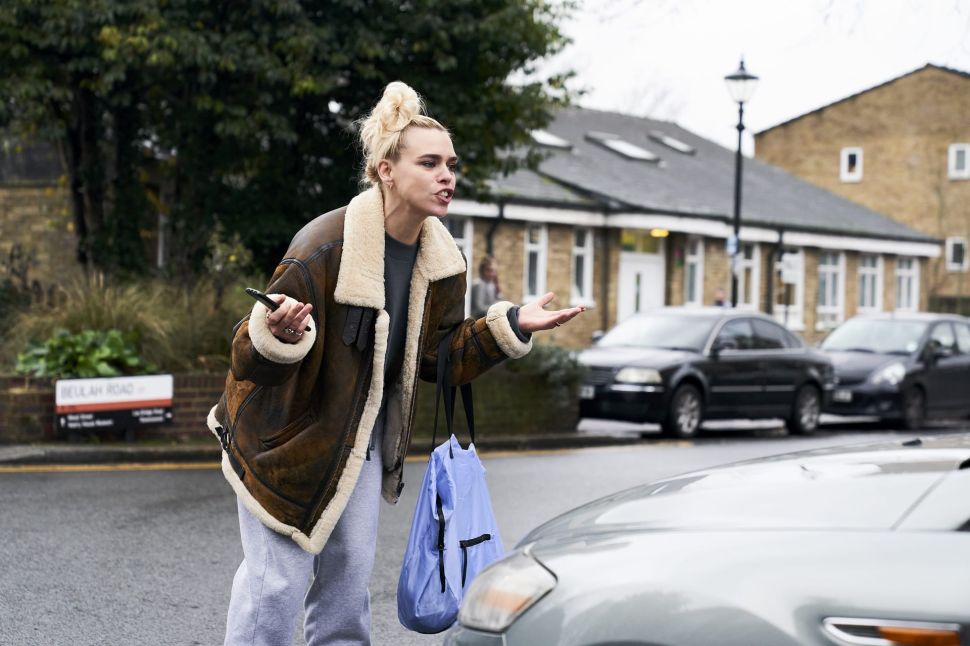