After the success of Digital Art Month New York in October, CADAF (Contemporary and Digital Art Fair) returns with another month-long celebration of cutting edge digital art, this time in Miami. Starting December 7 and ending January 7, Miami residents and visitors will see their city transformed into a virtual museum, with a map of QR codes guiding their experience. Those who wish to participate will be able to scan the QR codes to access otherwise hidden digital art.

The artists featured in this edition of Digital Art Month, curated by Jess Conatser, will be using some of the most cutting edge technology available to make their art—giving users a unique opportunity to experience things that you simply cannot find outside of virtual reality. One featured artist, Isabelle Udo, uses augmented reality to transport her art’s users into new worlds and allow them to become characters in their own story. Udo runs an AR studio out of Amsterdam and talked a bit about her art, her career path, and the exciting work she’s sharing at Digital Art Month.

How did you get into creating augmented reality (AR) art?
I graduated last year as an experimental film director, so I studied film—directing actors, doing fiction movies. And when I graduated, the whole AR platform opened up and I signed up for it. I studied interactive design, so it didn’t come out of nowhere, it was already an interest of mine and I had already been building the skillset. I started creating AR with Spark AR Studio from Facebook and I was totally in love, I couldn’t stop doing it. It was a new opportunity to create new concepts, and involved interactivity that I wasn’t able to do before. When I graduated as an interactive designer in 2013, AR was really not where it is today. I wasn’t ready, technology wasn’t ready either. I was really lucky with the path I took to get here.

For someone who doesn’t know anything about this, can you explain a bit about the difference between AR art vs other digital art mediums?
What is interesting about AR, versus other kinds of digital art, is that it’s all about adding a layer onto reality, so it creates this kind of magical effect where you can place something right into the real world.

What are some inspirations for your art?
I really enjoy looking at pop culture. I like when the art is recognizable to many people and when it has an aspect of feel-good. Like this one I made that creates a headwrap of fruit and cherry earrings—it’s Carmen Miranda, the Brazilian bombshell. It’s so happy, but still identifiable. People can put their own story with it, which is a really interesting part of augmented reality. Sometimes I see people use my effect in a way I hadn’t thought of.

Something else I’m interested in now is Greek mythology. I’m making one at the moment based on Daedalus, the myth about wax wings. The cool thing is, I’m trying to look at what’s available with the most current technology. I’m in the process of becoming an official lens creator for the Snapchat platform—so I get access to all their software and I know they have a 3-D body tracker. With a Daedalus filter, it could be super cool to have these wings projected onto your body, and if you move, the wings will also move.

How did you get to the point of running your own studio?
I started working professionally as an AR artist in January last year. I was working for a company but I stopped after five months because I started to get a lot of inquiries myself, so I decided to go freelance. I ended up building a team around me. We’re five people—I have an intern, a friend of mine is part of the management team, one installation designer for future projects, and we have one developer helping with creating an app. It’s all very exciting and very new.

What kind work can we expect from you for Digital Art Month Miami?
I made a replica of myself in 3-D and am working on putting that into augmented reality. And there’s new technology I’ve been working with, a lens from Snapchat where it creates a swamp around you—it’s a bit strange but I wanted to see what we could do with these capabilities that have only been out for a couple of weeks. It’s so cool and exciting to see how people react to this art, because it comes from such cutting edge tech.

Have you found there to be a lot of opportunity in AR as an artist?
It’s really interesting to see how AR is implementable in the real world. There are companies emailing me wanting to have an effect, like covering a roof digitally with plants because they’re a company that creates biodiverse roofs—like a live demo. I’m also interested to see how it will develop in the fashion industry. That’s one of my goals, to be the one to help shape that technology and how it’s used—so we’re actively working on creating cloth simulation and tracking the body with 3-D clothes. But that’s all just research and development right now. It’s interesting, though, you can see how art is turning into something functional. It’s a really exciting time, and I feel very lucky to be in this position.

I love all your Instagram filters, do you have a favorite.
For quite some time, the one that creates a coral headpiece was my favorite. I had been wanting to make it for a long time, but procrastinated until I was finally like, “Okay, I’ve got to do this.” I finished it in a couple of days and was really excited about it and luckily it was really well received. Sometimes I’ll think I’ve done my best work, and it’ll be my least popular effect but this one was quite popular. But I’m just doing all of this because it’s my creative freedom—for me I enjoy making these effects and I enjoy seeing people enjoy the interactive work. You can tell a story with AR, and I get to see the user tell their own story with my artwork. 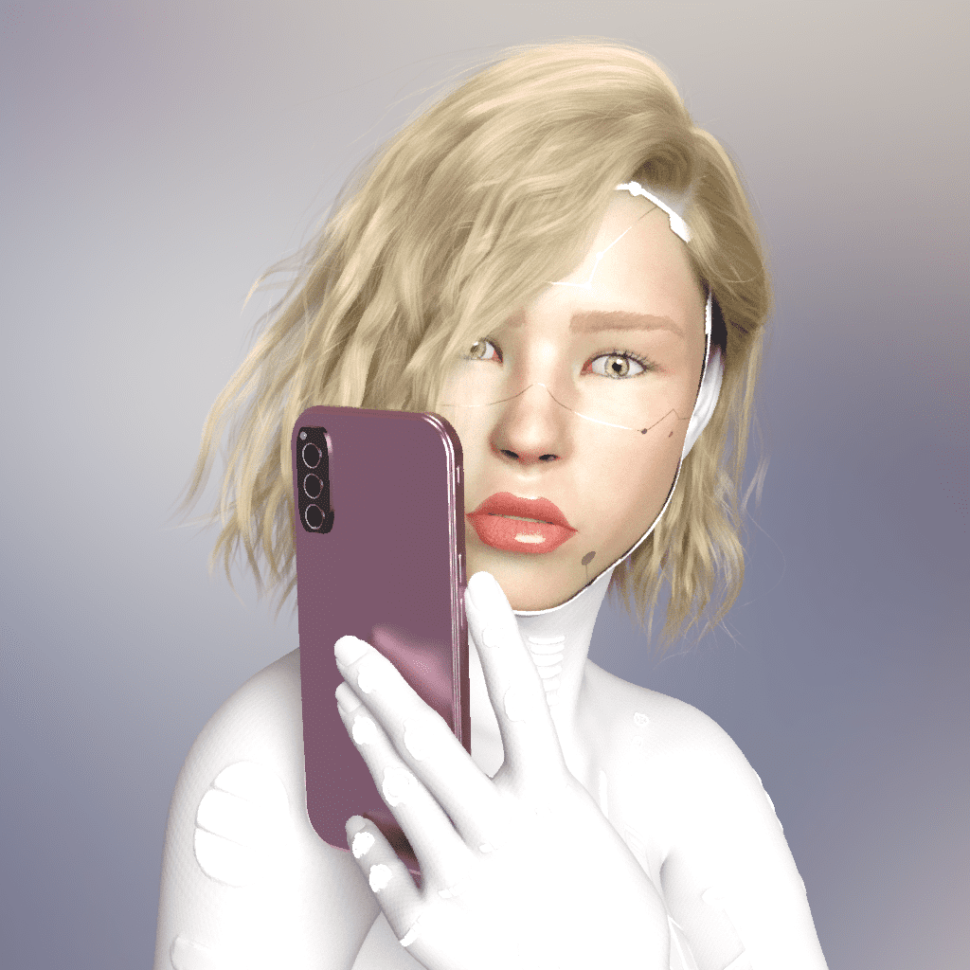