While Jeff Bezos’ ex-wife McKenzie Scott flooded news headlines on Wednesday for donating over $4 billion to hundreds of charitable organizations, the Amazon CEO himself made a quite investment in a British startup that successfully tested the world’s first hydrogen passenger plane three months ago.

ZeroAvia, a company founded in 2017 to develop commercial-grade aircraft powered by hydrogen fuel cells, raised $21.4 million from Amazon’s Climate Pledge fund, as well as Bill Gates’ Breakthrough Energy Ventures, and Shell Ventures, in its latest fundraising round closed this week.

The startup also secured separate funding of $16.3 million from the U.K. government and struck a partnership with British Airways to help the airline transition from fossil fuels to hydrogen energy sources.

“ZeroAvia’s zero-emission aviation powertrain has real potential to help decarbonize the aviation sector, and we hope this investment will further accelerate the pace of innovation to enable zero-emission air transport at scale,” Kara Hurst, Amazon’s vice president for worldwide sustainability, said in a statement.

In September, ZeroAvia successfully lifted a six-seater hydrogen-powered commercial aircraft off the ground in its research and development facility about 50 miles north of London and flew for 15 minutes before landing.

ZeroAvia is Amazon’s second major startup bet through the Climate Pledge initiative after a $440 million investment in electric truck startup Rivian, which is commissioned to make 100,000 delivery vans for the e-commerce giant by 2030.

Amazon launched the Climate Pledge in September 2019. The initiative aims to double Amazon’s use of renewable energy across all operations to 80 percent by 2024 and achieve 100 percent clean energy by 2030.

Separately, Bezos announced in February that he would commit $10 billion of his personal fortune to fighting climate change through a newly established organization called the Bezos Earth Fund. According to The Chronicle of Philanthropy, it’s the third-largest charitable commitment ever, after Warren Buffett’s pledge in 2006 to give away the entirety of his fortune before he dies (he has donated $36 billion so far) and a similar pledge worth $16.4 billion in 2007 by Helen Walton, the late wife of Walmart founder Sam Walton. 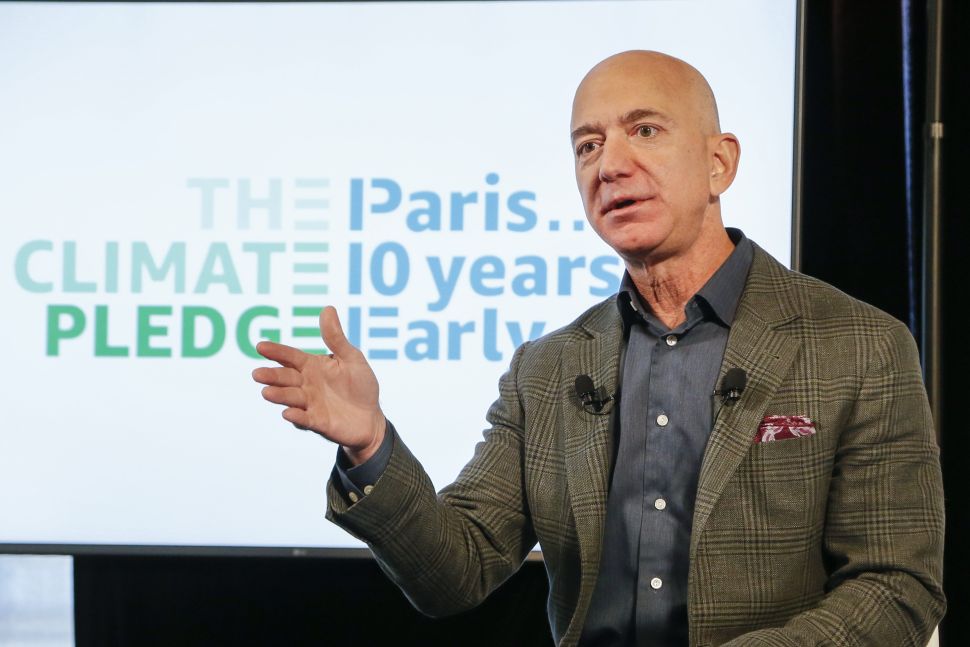