Families everywhere are trying to figure out how to best go about celebrating the holidays this year due to the coronavirus pandemic, and the royals are no different. Prince William and Kate Middleton still haven’t finalized their Christmas plans, and aren’t sure about where they’ll be spending the festive season or who they’ll be celebrating with.

The Duke and Duchess of Cambridge spoke about the difficulties of the holiday season when they visited Cardiff Castle this week, as part of their festive three-day royal train tour around the United Kingdom. Prince William and Kate chatted with students attending nearby universities, and the Duke of Cambridge admitted his family was still unsure of their Christmas plans.

“It is so difficult. We are still trying to make plans,” Prince William said. “It’s difficult to know what to do for the best.” Cardiff University students Lily Faulkner, who was among the group at the visit, told Hello that “They were trying like the rest of us to make Christmas plans with their family, and still weren’t 100 percent sure of what they were going to do or where they were going to be.”

The current U.K. government restrictions allow up to three households to mix together from December 23 through December 27. Prince William and Kate traditionally spend the holidays at Sandringham with the rest of the royals, or with the Middleton family in Berkshire, but this year, Queen Elizabeth canceled Sandringham festivities altogether for the first time in over 30 years. Instead, the Queen and Prince Philip are staying put at Windsor due to the COVID-19 crisis, without the other senior royals.

Prince William and Kate could potentially spend Christmas with the Duchess’ family, which isn’t too far from the Cambridges’ Norfolk country home, Anmer Hall, though Carole Middleton previously said that she’s is celebrating the holidays virtually with her grandchildren this year. The Duke and Duchess may take a cue from the Queen and spend the holidays with just their children at Anmer Hall, or perhaps now that Sandringham is off the table, Prince William and Kate will be able to take Prince George, Princess Charlotte and Prince Louis to the Middletons’ home, for actual in-person tree decorating.

The Queen did get to (briefly) reunite with her family this week, though, as Prince William, Duchess Kate, Prince Charles, Duchess Camilla, Prince Edward, Countess Sophie and Princess Anne all met at Windsor Castle for a socially distanced photo op, to thank local volunteers and workers for their efforts during the pandemic. 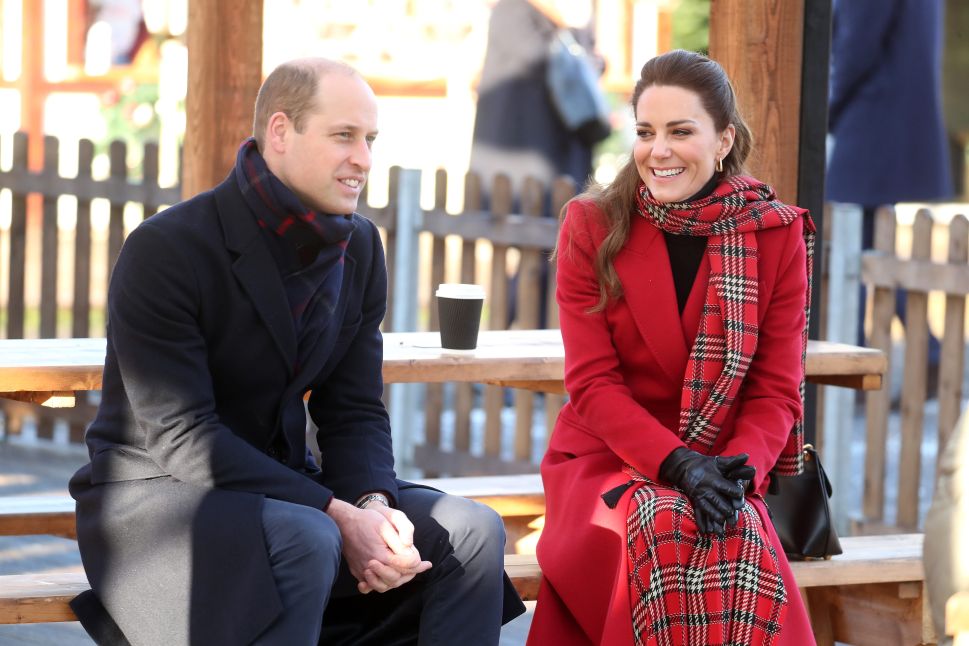