This post contains spoilers for The Mandalorian‘s latest episode, “The Believer.”

When the title card for an episode of The Mandalorian comes up, I immediately try to sus out what character (or event, given the last episode was called “The Tragedy”) it’s referring to. Is it an old character, about to shed new light? Or are we being told upfront what to expect from a new character? It’s an easy way to get invested into an episode right away, and it was especially fun this episode, since “The Believer” has so many candidates.

As someone who wrote about Din Djarin (Pedro Pascal) being too devoted to The Way, my suspicion was him. We’ve seen Din refuse to remove his helmet even while bleeding to death from a treatable neck wound, and he also almost turned down information directly related to his quest to find a home for Grogu, just because his beliefs clashed with the source. But this episode showed just how far Din is willing to go to save Grogu from Moff Gideon and his Imperial Remnants, first removing his beskar to sneak in to the Imperial Refinery, and then going even further and taking off his helmet when a face scan is the only way to get the information he needs to go rescue his little green buddy.

“Your rules start to change when you get desperate… Everybody’s got their lines they don’t cross until things get messy.” Migs Mayfeld (Bill Burr) tells Mando as their sneaking mission gets underway. He was a solid choice for “The Believer” as well, going in. Would the former Imperial be selling Din and his crew out to try to get back in with the Empire now that they’re back on the rise?

Ultimately, I think he was the Believer—but not in the Empire. After a tense reunion with his old commanding officer, Valin Hess (Richard Brake) that centers around their military history, Migs shoots Hess for his callous dismissal of casualties on both sides. We don’t get a full rundown on what happened between the two men, but given that their story was called Operation: Cinder and led to 10,000 casualties on their own side, it seems a fair guess it wasn’t a peacekeeping mission.

“Empire, New Republic, it doesn’t matter to these people. Invaders on their land, that’s all we are.” he tells Din en route, and he later remarks on the civilian casualties that Operation: Cinder caused, calling them people “just defending their homes”. And he goes even further after his assassination of Hess, blowing up the refinery to stop the materials there from being used to cause further terror to a healing galaxy. And for a character who spends the first ten minutes of the episode once again needling Din to take his helmet off just out of curiosity on what he looks like under it, him telling Din that “I never saw your face” was a touching bit of camaraderie.

This episode saw a lot of people showing a new side of themselves, and I’m not just talking about Pedro Pascal finally getting to show off the handsome face he’s been hiding under that helmet. Cara Dune (Gina Carano) has always been a militant believer in not letting old wounds heal, with her staunch hatred of the Empire being a key facet of her character. But after Migs pulls his weight and then some in their mission, she abandons all semblance of playing loose with the rules of her new marshal job and lets him go, helping him fake his death to escape prison.

I’ve praised this show numerous times for how well it pulls off a tense, action packed episode, and this one was no different, but the way they add in such great character work into under forty minutes is yet another point in its favor. Little callbacks sprinkled in (I can’t be the only one who was excited to see Slave 1 still has those insane implosion bombs from Attack of the Clones, can I?) and a genuinely rootable cast are just the icing on the cake. 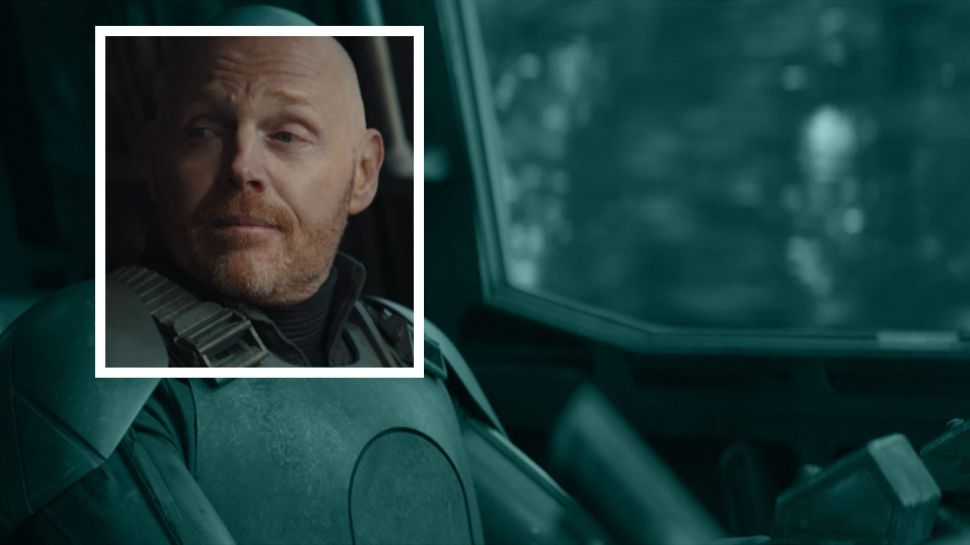