When you call your episode “The Tragedy,” you need to make sure it ends on a down note. But before we get to the sadness of this week’s entry of The Mandalorian, we need to talk about how action-packed it was. The show has used action episodes well in the past, and this one was no different. Let’s dig into the season-changing highlights of the episode.

Warning: The following paragraphs contain huge spoilers for “The Tragedy.”

We finally got to see the Dark Troopers strut a bit of their stuff, and that mysterious figure from the desert we saw in both “the Gunslinger” and “The Marshall” was finally fully revealed. Wouldn’t you know it, he is indeed Boba Fett, played by Temuera Morrison, the same actor who portrayed his clone father Jango back in Attack of the Clones (and Boba himself in various video games and one of the many re-releases of the original trilogy).

This episode served as a great reminder of just who Boba Fett is, with two killer introductory scenes, one of him fighting off scores of Stormtroopers with a stick, and one of him in his full beskar-armored best. (Side note: Now that we’ve seen Din’s armor shrug off everything from blaster fire to lightsaber swings and the beskar spear survive a bombardment from orbit, am I the only one hoping the final confrontation between Din and Moff Gideon is just Gideon swinging the Darksaber at him to no effect?)

“The Tragedy” also showed once again that the episodic nature of the series is its greatest strength, packing a ton of action and quite a lot of character work for Boba Fett into little more than half an hour. For a character from the original trilogy who skyrocketed to popularity based solely on the fact that he “looks cool in armor,” we get to see a very different side of him here.

He introduces himself as “a simple man making his way through the universe,” echoing his father telling Obi-Wan that he’s “just a simple man trying to make his way through the universe” in Attack of the Clones. The subtle difference between the two statements says a lot, in my opinion. Jango was trying to make his way, chose a side, and died for it. Boba just wants his armor back to have it, and doesn’t do anything that doesn’t pay him or fulfill his code.

And again, what an episode of action it was! We got to see the return of Fennec Shand (Ming-Na Wen) as the grateful accomplice of Boba Fett, and she and her trusty sniper rifle had an excellent showing against a double platoon of Stormtroopers, including an excellent Raiders of the Lost Ark homage. What would have been a ten-minute action beat in a film turned into a twenty-minute centerpiece of the entire episode, and it really helped sell the tension in a fraught tower defense. (Even if Din not having his jetpack seemed very Doylist rather than Watsonian, but what are you going to do?)

But it’s not all good times and bounty hunting. Grugo was Gru-got, and is now in Gideon’s clutches. It’s clear that he’s going to be tormented and farmed for Force blood, but maybe there’s even more going on there? Moff Gideon seemed pretty content to allow Grugo to Force-choke his men in that prison cell, and even taunted him with the Darksaber afterward.

“You aren’t ready to play with such things yet,” he said. Could Gideon be planning to double his payout here? Farm the Child for Force abilities, while also corrupting him to the Dark Side? Maybe he decided that the main failing of the Emperor was that he was a frightening old man and not an adorable Muppet! Hopefully Din and Boba (and friends and whatever Migs Mayfeld (Bill Barr) counts as) can save him before we find out. 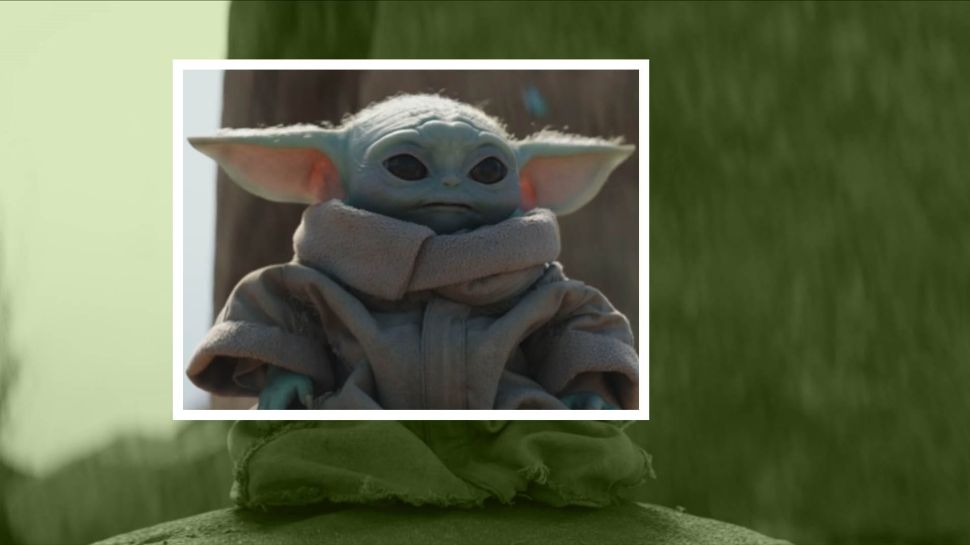