Paper airplanes shoot into the main room of the trailer home bearing an all caps message for an enraged mom and dad: Don’t fight. Did they even read them?

That time you wet your bed—and then touched it to make sure. Wait, didn’t that happen to Grandma once too?

Every Sunday, a man carries a cross up the road as the kids from the passing church bus make faces and flip him off. Doesn’t that guy work with Dad on his garden?

A waltzing, lilting memory piece culled from writer-director Lee Isaac Chung’s rural childhood, Minari collects these and other distinct moments from a long-ago time like fireflies in jar. While each is as precise as a map coordinate for a lost but not quite forgotten world, they also teem with mystery and wonder, resulting in a film that is simultaneously a sharply focused and dreamlike rumination about family, work, and American identity.

Jacob made decent money as a top speed chicken sexer; he could quickly and accurately determine whether a hatchling was female and could be kept or male and, thus, eliminated. (The plume of smoke that hovers over their small Arkansas town—as Jacob’s cigarette smoke lingers around him and his family—is a constant reminder of their ultimate fate.)

But he wants more—namely to “grow money” by planting Korean produce to sell to Asian immigrants who, in the mid-’80s, were pouring into places like Dallas and Oklahoma City. But what is an obvious manifestation of the American Dream to Jacob is a disorienting and unnecessarily risky gamble to Monica, one that puts everything they have worked toward since coming to America in immense peril.

Minari gains much of its power and wisdom from the way that this central tension—two fundamentally good people profoundly disagreeing about what is best for their family—plays itself out against the lushly green and ever-wavering abundance that grows in what Jacob calls “the best dirt in America.” (Chung’s ability to discover and pull forth the poetry inherent in grass swaying in the wind is on par with Terence Malick’s.)

In a rich and complicated display of masculinity that recalls old Hollywood icons like Gregory Peck, Yeun plays Jacob as a figure of constant forward motion who is crumbling internally. Meanwhile, Han, in one of the more impressive performances of the year, imbues Monica with a brittle defensiveness that belies an inestimable inner strength.

But while theirs may be the central conflict roiling the Yi’s precariously situated trailer home (at one point a tornado threatens to wipe them away), it’s not the most colorful or dynamic. The arrival of Monica’s mother Soon-ja, performed with high-handed playfulness by legendary South Korean actor Youn Yuh-jung, sets off a war of wills between her and the Yi’s sickly youngest child David, played by Pasadena-based Alan Kim, who pretty much steals the movie without even trying.

This cross-generational clash provides this low-key drama film with some much-needed humor (a gross-out prank orchestrated by David all but assures Mountain Dew will not be sponsoring Minari’s virtual post-Oscar party). It also demonstrates the ability of Chung—whose first film, 2007’s Munyurangabo starring amateur Rwandan actors speaking the Kinyarwanda language—to draw out nuanced performances from actors at different levels of experience. (Minari is Kim’s first movie while Youn has been in well over 40.)

What is so remarkable and refreshing about Minari is the manner in which the various elements of the movie—from the way the family dynamics shift over time to the different shades of racism the Yi’s encounter in Reagan’s America—are informed by lived experience. This veracity shines through nearly every frame of the movie and becomes most heartbreakingly apparent with the film’s devastating coda.

It is this adherence to the messy truth that puts Chung’s film on par with Chloe Zhao’s Nomadland as one of the most profound and honest cinematic depictions of what it means to be American, not just this year, but in recent memory. 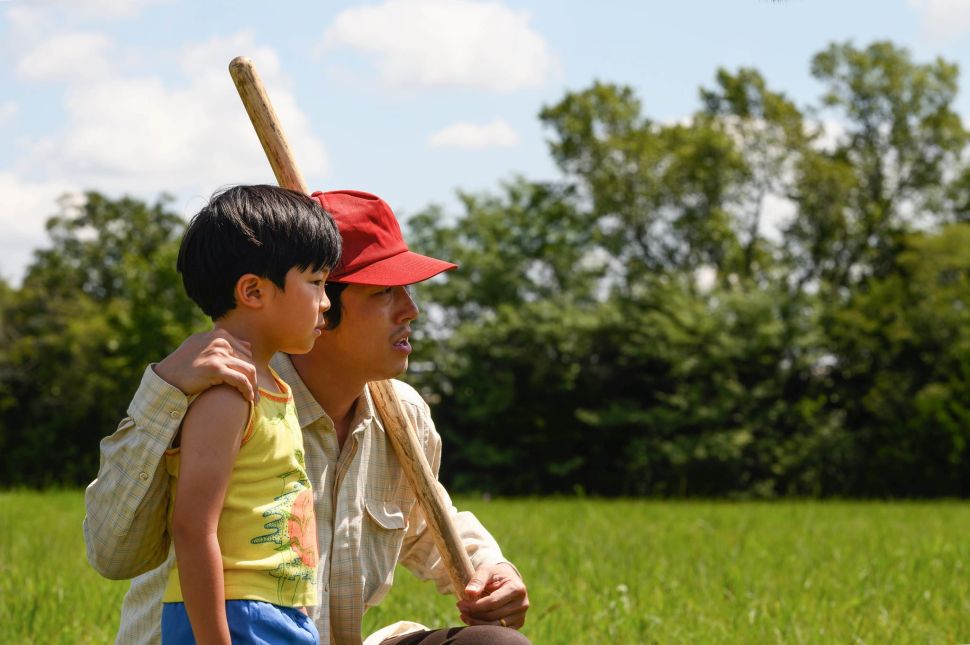