The image that’s likely to grab you in the exhibition “Engineer, Agitator, Constructor: The Artist Reinvented, 1918-1939” at the Museum of Modern Art is a black and white photograph of a bare hand that seems about to seize something.

The palm and fingers of this hand are calloused and urgent, anything but delicate. A dark fabric barely reaches the wrist.

The image was the work of the artist John Heartfield (1891-1968, born Helmut Herzfeld). The German Communist Party put it on a recruiting poster. It’s on the cover of the MoMA exhibition catalogue. On the inside cover are photographs of multiple posters of that hand, pasted on Berlin walls vertically and horizontally in 1928. Viewers today might call that Warhol-style.

Take out the politics, and the image could also be a movie poster for “The Thing.”

John Heartfield is known as a pioneer in the political weaponizing—or engineering—of photo-montage and ephemera. Plenty of his Russian, Polish or German peers working in typography and poster art (much more colorfully) are not.

They have some exposure today, thanks to Merrill C. Berman, a financial analyst and investor, now in his eighties, who began as a collector with political Americana. Berman later formed and (in the 1970s) sold a collection of Impressionist, Post-Impressionist and modern paintings, and then moved into graphic arts. He conceived of that field broadly, from the late 19th century to posters for the Black Panther Party. In 2018, more than 300 of those items entered MoMA’s collection.

Within Berman’s collection are works from the Austrian Secession, which Galerie St. Etienne exhibited this spring. On the gallery’s website, the dealer Jane Kallir opined that Berman “may be the most important collector that you’ve never heard of,” and called him “a secret source for curators.” The list of exhibitions on Berman’s website bears out that judgment.

Some 200 works from Berman’s sale and 100 from MoMA’s own holdings are in the MoMA show. Writing in the catalog, the artist William Kentridge sees those works as examples of a transformative East European and Russian trend that he describes as “art leaving the canvas and oil paint and finding form as banners, fabrics, plates and utensils, painted trucks and trains, kiosks, huge sculptures, industrial concerts.”

Why so long to enter MoMA in such numbers?

“It wasn’t like there was a paucity of it,” said the designer and author Steven Heller, who sat on the MoMA committee that recommended the Berman acquisition, “there weren’t major collectors, like a Rockefeller.”

Berman, Heller said, “is not afraid to be interested in typography and collage and many of the commercial arts that collectors had avoided in favor of paintings and drawings.”

Reached by email, Merrill C. Berman noted that “there was very limited competition from individuals or institutions.  Most institutions separated the work from this period into different collections—design, drawings, photography—with the effect that many things fell between the cracks of what they were looking for.”

If the exhibition’s signature “Hand” seems anguished, the 1928 airy photomontage “We Are Building” by Valentina Kaluganin is a work of idealism. In the maquette for this scene, a futuristic and surprisingly androgynous figure (to our eyes) welds a metal reinforcement atop a skyscraper under construction (depicted with a glued section of sandpaper). To the figure’s right is a photograph of a finished tower (in Detroit) and another under construction. To the right is a clipped glimpse of a city far below. Was the welder an allegorical projection of the artist herself, and also the literal “engineer” of a new culture?

For the Soviet government, the scene of modern construction would have a second life, serving the Five Year Plan as a postcard—a form which, according to a 1932 official report, “can and should become a powerful factor in the cultural growth of the masses.”

Liubov Popova (1889-1924) was one of that culture’s prodigious abstract painters. Her work here is a gouache of cut and pasted papers for a sketch of a theater costume from 1922 (inscribed 1921), which looks improvised from the elements of the work of another pioneer of abstraction, Kasimir Malevich.  Even with the stiff title “Production Clothing for Actor No. 7,” there’s unexpected whimsy in abstract forms that are prêt-à-porter, once you move a few cubes and triangles around.

The exhibition ends in the 1930s. Its legacy is inescapable, said Heller. “Photo-montage, the John Heartfield variety, became a significant part of all the cultures—fascist, right-wing and left-wing,” Heller noted, because the medium made it easy to manipulate information.

“The pop artists—in particular, Claes Oldenberg—were doing photo-montage and collage,” Heller said. “In fact, he had a whole room in his studio downtown, that was devoted to file cases full of clippings that he used for collages and montages that he produced.”

The list since then is long—word-artists like Lawrence Wiener and Barbara Kruger, Cindy Sherman, the collages and photo-montage self-portraits of David Wojnarowicz, to cite a few.

Another is William Kentridge, himself a maker of installations, who writes elegiacally about Promotional Design for Red Army Theater (c. 1934), a collage of a truck by the artist Solomon Telingater that some today might see as a clown car, brimming with comic elements that would not pass muster with Stalin.  Noting that two directors of that Red Army Theater were arrested and executed in the late 1930s, Kentridge writes, “How I miss and envy the innocence of that work. To affirm the future without recourse to irony or cynicism. This no longer seems possible.”

The good news is that Merrill C. Berman still has plenty more art to show. “It’s not that he sold his entire collection,” said Steven Heller, “he’s a faucet that just doesn’t stop dripping.” 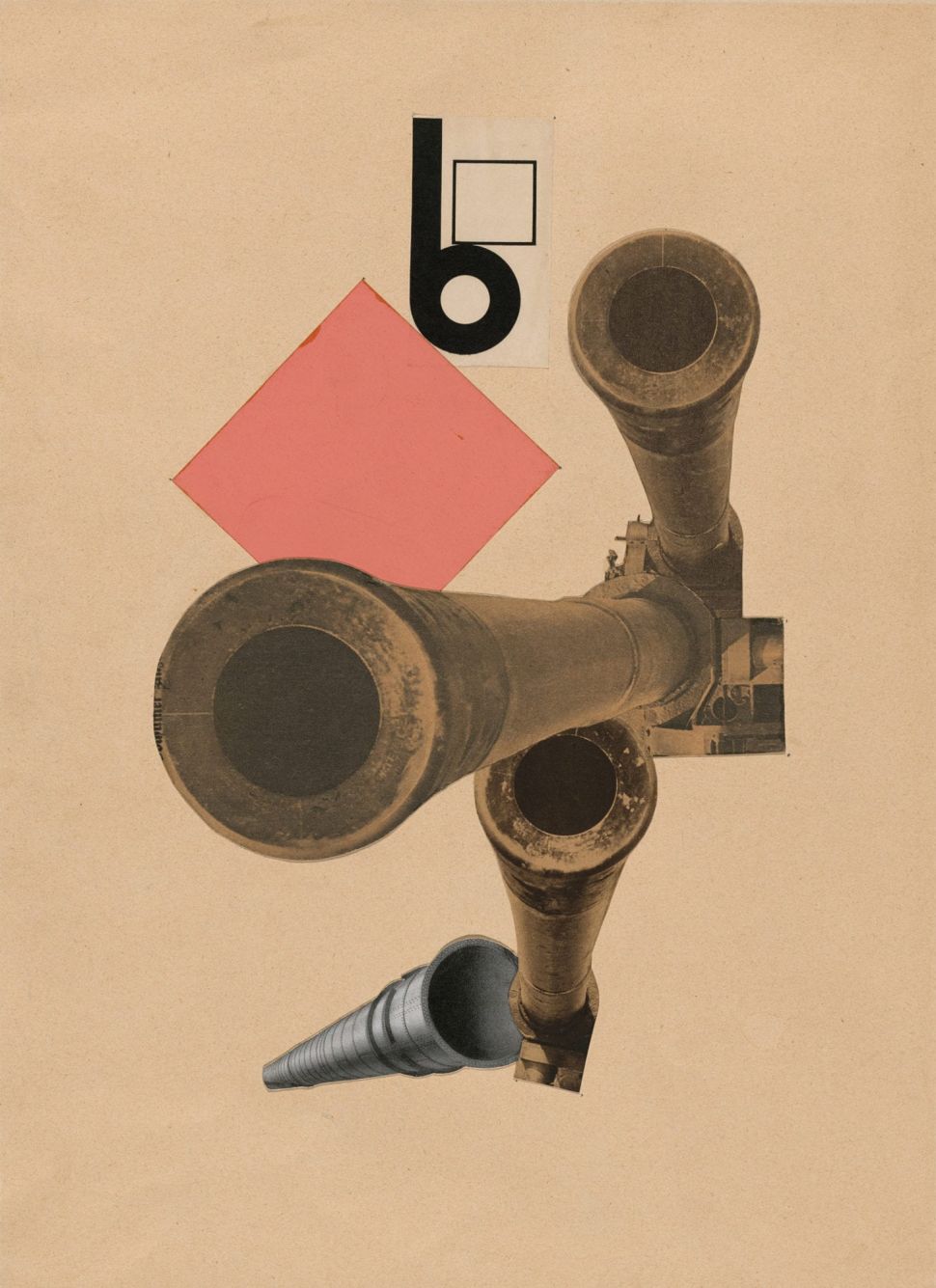