During the pandemic, with outdoor activities restricted and hanging out with your extended friend group largely forbidden, online shopping has become one of the only things you can do within your own home that feels slightly like accomplishing something other than work. For members of a certain tax bracket, online shopping means purchasing fine art, and this year, collectors having been turning towards rare books for comfort and an escape. Rare scientific books in particular have seen a particular surge in buyers, and on December 11, Bonham’s is hosting a Fine Books and Manuscripts auction featuring an item that is indisputably a treasure: an extremely rare first edition of the Nuremberg Chronicle, an illustrated encyclopedia of the world that was first published in 1493.

It’s nearly unfathomable to think about now, given the ubiquity of digital technology, but when this encyclopedia was first published, moveable type had only been in existence for approximately 40 years. Nuremberg Chronicle was written over several years by the book collector and doctor Hartmann Schedel, and it includes descriptions of world history up to and after the birth of Jesus Christ.

The book was originally published in Latin, and only around 1400-150 copies were made. Of these, only 400 are believed to still exist. That makes the survival of this original edition, which is in its original binding and which contains scores of illustrations of 15th century life (homes, weapons, bridges, animals, ships, tools), all the more extraordinary. The illustrations have also been hand colored by a number of artists, and they are astonishingly vivid. As if that wasn’t enough, the book contains 29 large double-page views of cities, giving the modern reader incredibly detailed visual insight into civilizations of the past.

“This book in particular was sort of the first real commercial success when it came to book printing,” Ian Ehling, the Bonhams Director of Fine Books in New York, told Observer on Tuesday. “Anton Koberger was an incredible printer and also an incredible businessman, so when he came to publish this book, he invested a tremendous amount of money. He printed the copy and he commercially issued an uncolored copy that was more affordable, and then he would really go to town and issue a color copy. This is one of the rare versions of the book that is in contemporary coloring.”

Cut to hundreds of years later, and this immaculate book is expected to sell for between $200,000 and $300,000, and you can see why: the printing strategies that seamlessly married text, illustration and diagram in the 15th century are just as effective today as when they were first generated. 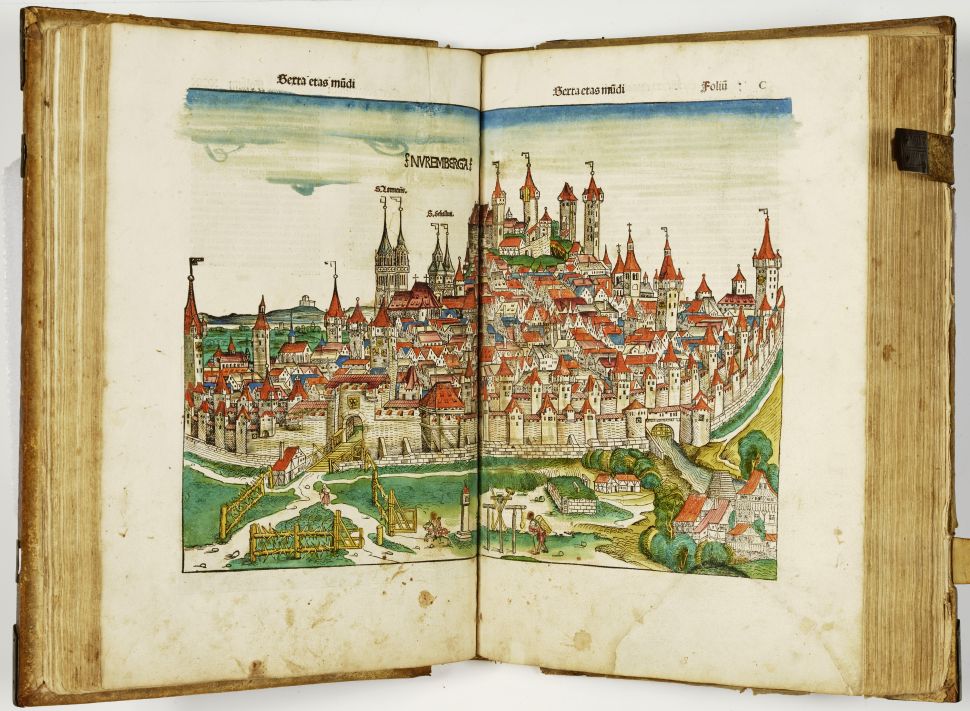