There are many artists whose work appears frequently in auctions, whether because the work regularly fetches huge prices or because the artist has a huge volume of work to choose from. Neither of these descriptors are accurate when it comes to Florine Stettheimer, whose painting Seated Dancer in a Halo of Electric Light is a highlight of Skinner’s upcoming Fine Paintings & Sculpture auction on January 22nd. Stettheimer, who was a multitalented creative worker and whose sisters also wrote fiction and decorated, abhorred publicity and had no financial need to sell her paintings. Nevertheless, over the years, her legend has grown.

Stettheimer was born in New York to a wealthy family in 1871, and spent her life cultivating and expanding the breadth of her artistic ambitions. This ambition did not translate to a need for attention: the painter only exhibited her work publicly once, and sold very little work while she was alive. Furthermore, at the end of her life, she directed her sister to burn all of the artwork she ever produced, an order that her sister fortunately did not follow. Seated Dancer in a Halo of Electric Light, which is expected to sell for between $70,000 and $90,000, is part of a vast minority of Stettheimer’s existing work that isn’t already in a museum; much of her work has already been bequeathed to museum collections.

Because of this, obtaining it is even more of a unique opportunity than it would be for other artists. “Stettheimer was the early 20th century equivalent of a jet-setter, and Paris was the spark that allowed Stettheimer to find her own unique style,” Robin Starr, Skinner’s Director of American & European Works of Art, told Observer on Wednesday. “In 1912, after spending nearly a year in Paris, her art changed dramatically. There she met the Symbolist painters and poets, and was smitten by Diaghilev’s Ballets Russes, with its innovative fusing of dance with the arts of painting, fashion, music, and drama.”

Stettheimer was subsequently inspired to create her own ballet, and while that never came to pass, her fascination with dancers is clearly reflected in the beautiful aforementioned canvas, which intuitively blends a dancer’s natural glow with the electrical spark of a lightbulb. 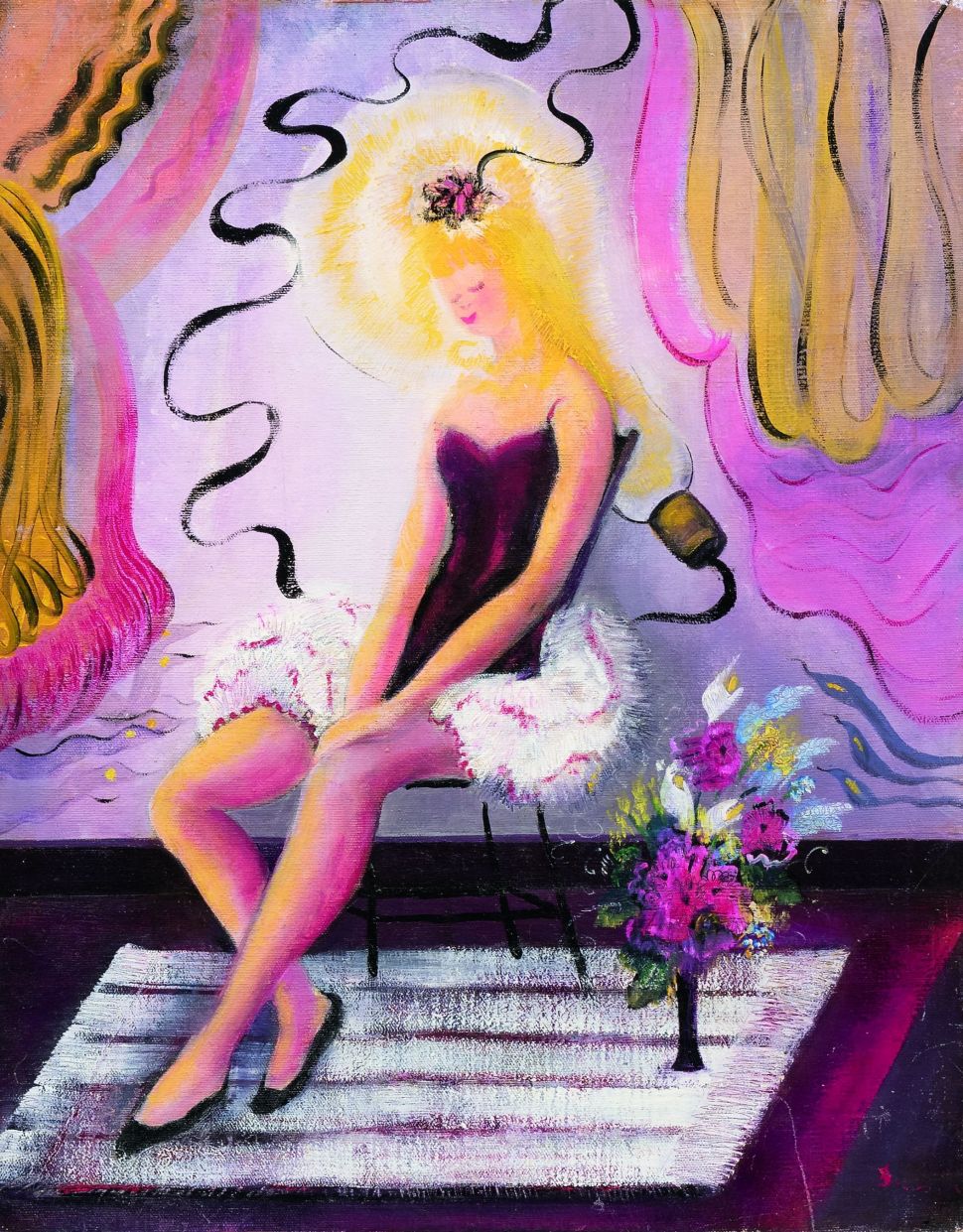