After a whirlwind year that has included stepping down from senior royal roles, moving to a new country, launching a nonprofit, buying a new home and, sadly, suffering from a miscarriage, Prince Harry and Meghan Markle are settling into their new routine in Montecito. The Duke and Duchess of Sussex are already getting into the holiday spirit, as they prepare to celebrate their first Christmas season in their Santa Barbara mansion with their son, Archie.

The royals usually exchange gag gifts of sorts during their traditional Christmas at Sandringham, so perhaps Prince Harry and Meghan continued in that vein with their presents for Prince William and Kate Middleton, though they may have decided to opt for more classic gifts this time around. Prince Harry loves gifting his niece and nephews over-the-top presents, and in the past, gave Prince George an electric SUV and Princess Charlotte a tricycle. He’s been spoiling Prince Louis from day one, as he reportedly gifted his youngest nephew an £8,000 first edition of Winnie-the-Pooh.

Prince William will have a chance to thank his brother during a virtual face-to-face, as per Vanity Fair, the Duke of Sussex and Duke of Cambridge will be video calling each other over Christmas.

While Prince William and Kate haven’t finalized their holiday plans just yet, Prince Harry and Meghan have decided on a quiet Christmas at their new California home. Meghan’s mom, Doria Ragland, will be joining, and Meghan is “overseeing the menu,” and plans on cooking the entire day.

Meghan is definitely in a Christmas gifting mood, as she’s begun sending holiday presents to her new neighbors in Montecito, including none other than Oprah, who shared a video of the Duchess’ gift on Instagram. Oprah said that her “lovely Christmas basket” is from her “neighbor ‘M’,” in a not-so-subtle nod to the Duchess of Sussex. The basket included multiple packages from Clevr Blends, a startup that makes instant oat-milk lattes. Meghan announced today that she is investing in the female-founded company, so perhaps she’ll also send the Cambridges an extra little care package filled with the caffeinated treats, too. 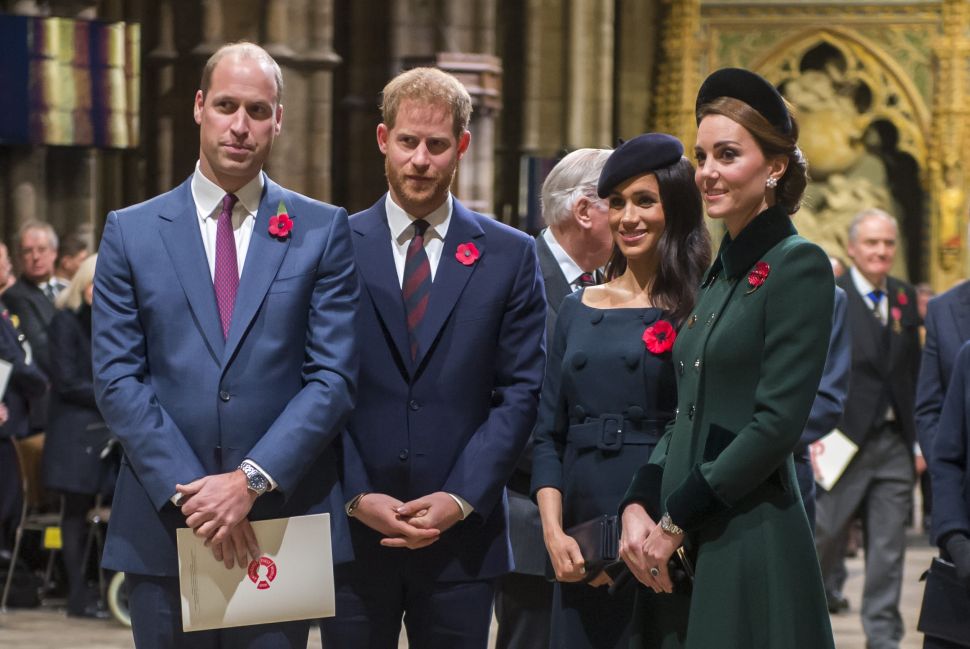