The Duke and Duchess of Cambridge haven’t carried out a royal tour since the beginning of March, when they headed off on a brief official visit to Ireland shortly before the onset of the coronavirus pandemic. Prince William and Kate are now back on the road, as Prince William and Kate Middleton are now in the midst of a special three-day tour of England, Scotland and Wales via the royal train.

The tour is focused on paying tribute to those who have gone “above and beyond” to support their communities during the COVID-19 crisis, per Kensington Palace. The Cambridges are meeting with frontline workers, volunteers, teachers, schoolchildren, young people and others, to thank them for their efforts and hear about their experiences and work over the past several months.

Prince William and Kate received special permission from Queen Elizabeth in order to use the rarely-ridden nine-carriage royal train to carry out the 1,250-mile tour. It’s actually the Duchess of Cambridge’s first time aboard the royal train.

The Cambridges have been “desperate” to get back on the road, per Vanity Fair, and are reportedly “thrilled” to be able to undertake this “feel-good festive tour” to start off the holiday season.

They boarded the train on Sunday, from Euston station in London, where they chatted with transit workers about their experiences working during the pandemic, and were also serenaded with a festive song courtesy of Welsh singer Shakin’ Stevens.

Prince William and Kate’s first stop this morning was in Edinburgh, where they visited the Scottish Ambulance Service in Newbridge, before heading to the Holy Trinity Church of England First School in Berwick, where they surprised schoolchildren with real reindeer (named Chaz, Crackers and Echols, just FYI) courtesy of Kensington Palace staff. Their next stop was at the Batley Community Centre in West Yorkshire, where they met with volunteers who have provided emotional and logistical support for elderly members of the community throughout the pandemic.

The details of the itinerary are being kept as quiet as possible to avoid attracting large crowds, which is understandable due to social distancing recommendations and guidelines due to the COVID-19 crisis. Prince William and Kate’s last stop, however, is reportedly near Windsor, and, per Vanity Fair, they’re expected to *finally* reunite with Queen Elizabeth and other senior royals at Windsor for a “historic photo call.” Since the royals aren’t able to ring in the holidays with their traditional gathering at Sandringham, perhaps this will serve as an in-person pre-Christmas celebration, before all the virtual festivities. 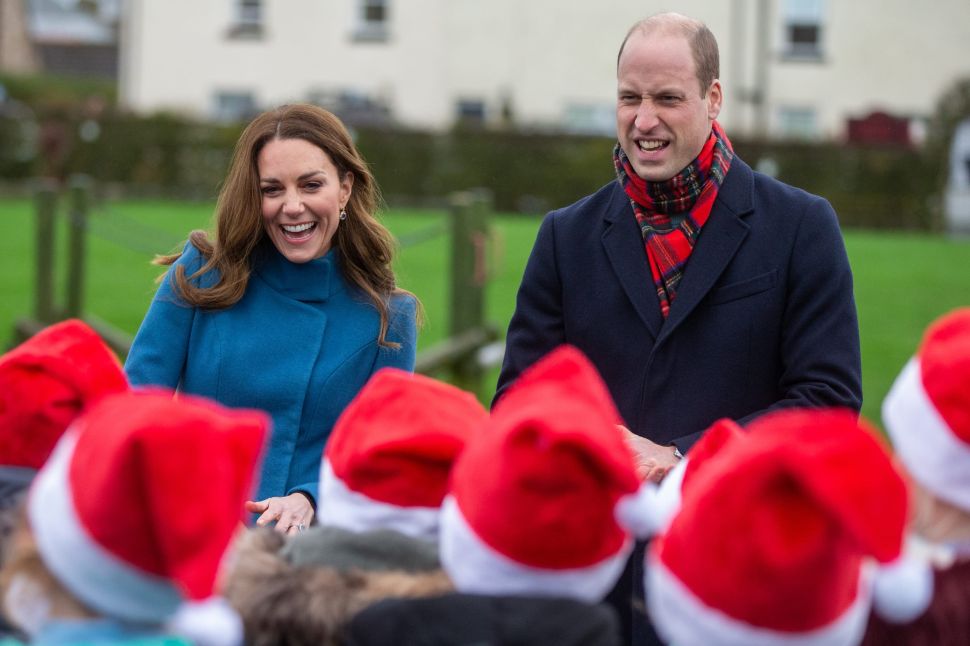