After weeks of speculation, the Queen has finally confirmed her Christmas plans. For the first time in over 30 years, Queen Elizabeth and Prince Philip are not spending the holiday season at Sandringham with the royal family. Due to the COVID-19 crisis, the Queen and the Duke of Edinburgh are staying put at Windsor Castle, where they’ve been spending most of their time throughout the coronavirus pandemic.

“Having considered all the appropriate advice, the Queen and the Duke of Edinburgh have decided that this year they will spend Christmas quietly in Windsor,” a Buckingham Palace spokesperson confirmed.

The Queen has spent Christmas at Sandringham every single year since 1988. She is usually joined by other members of the royal family at the Norfolk estate, including Prince William, Kate Middleton and their three children, Princess Eugenie, Princess Beatrice, Prince Charles and Camilla Parker-Bowles.

She is breaking the longstanding royal tradition in order to do her part to help stop the COVID-19 spread, and lead the country by example. The U.K.’s current guidelines allow for up to three households to gather together from December 23 to 27, so the Queen could have spent the holidays with two other groups.

The monarch hopes her decision to continue to isolate and not mingle with other household groups will “inspire others to celebrate the festive period carefully,” per the Mirror. The Queen is also skipping her yearly church service on Christmas Day, in an effort to prevent crowds.

The royals won’t get to celebrate the festive season together in-person, but they will still catch up on Zoom. According to Vanity Fair, the Queen and Prince Philip are still hoping they might get to see a few members of the family during the holiday season (following proper protocols, of course), but they “understand there will be competing demands and are therefore content to spend a quiet Christmas in Windsor.”

Even though the royal Christmas celebrations are looking a bit different this year, the Queen is still going all out with her holiday decor. Six Christmas trees have been installed at Windsor, including a towering 20-foot Norwegian Spruce that was selected by the Forestry Team in Windsor Great Park, and then transported into the Queen’s royal residence, where is now appropriately covered in sparkly lights and ornaments. 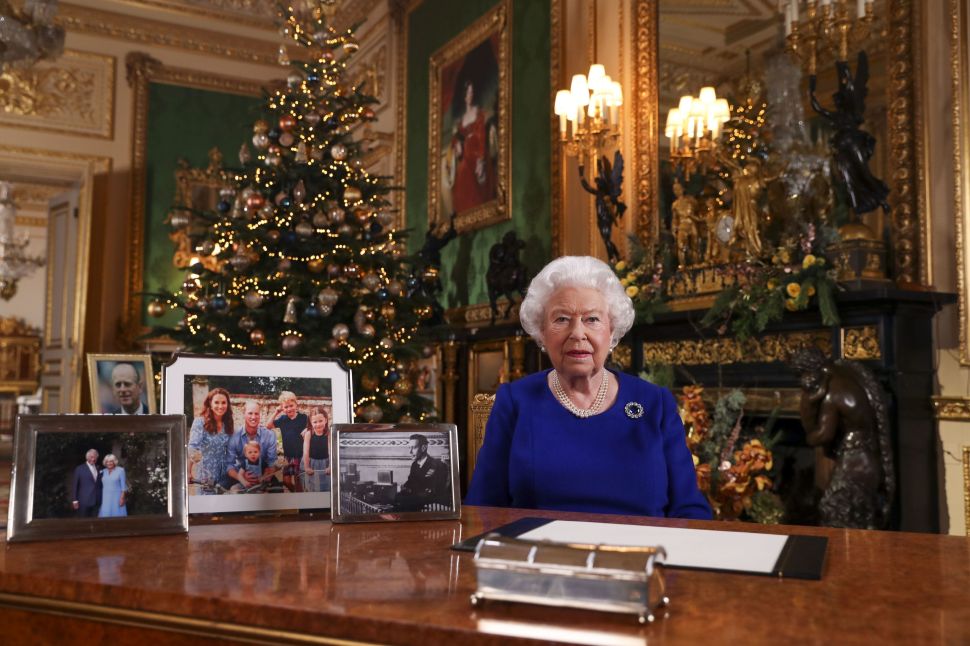