In Christopher Nolan’s 2010 blockbuster, Inception, a misfit group of characters band together in a science-fiction-fueled reverse heist-plot gone Jungian in order to plant a thought deep in a man’s subconscious. This act is described in Nolan’s script as  “inception”: seeding an idea at a deep psychological level and watching it grow into something bigger, something that the dreamer will wake up from and not even know what has happened, or how the thoughts took root.

Elliot Page stars in Inception as Ariadne, an Architect. In the mythos of the film, the Architect must go into another person’s dream and build it out: imagine the spaces, flesh out the surroundings; the layout weather, buildings, streets, technology. All of it at the whim of the Architect, who can draw from the dreamer’s thoughts and memories, but should never explore their own or pick from their own experience, lest the dreamer turn on the Architect inside the dream itself.

Recently, Page came out as transgender, an announcement that invites new interpretations of his past work with a fresh perspective. While there is a massive base of queer fanwork for Inception (the Arthur/Eames pairing on AO3 is included in 60% of the fic produced) Ariadne has been relegated to the unexplored, audience surrogate character. Watching Inception now, using Page’s Ariadne as a lens for a trans reading of the film, reveals new rooms in the labyrinth and new landings on the Penrose stairs.

Gender is inception, in its own way. It’s an idea, planted in our heads since we were young, and it’s grown to encompass pieces of ourselves that never needed to be gendered in the first place. These can be clothes, names, the volume of your voice, whether or not you swear in public, whether or not you hold the door open behind you. These are regularly gendered aspects of life, but only because we have grown up with an idea of what “gender” is, and how to enact it in our day-to-day.

Ariadne’s skill is in her ability to create worlds, to push new boundaries, to blur the lines between reality and the dream just enough to pull off an intricate heist within a limited space, but not enough to make the world seem unbelievable. In the real world, to be trans is to live in liminality, in between the seams of body and mind, dreams and reality. Ariadne plays with these spaces, she owns them, they are hers, trapped in endless loops of her own creation.

The majority of the film takes place inside of the mind, inside of the body itself. We can see how being able to control the reality of a world that exists inside of the body, can be very alluring to a trans person. The body is a dream-within-a-dream, a made-up genderspace, where Ariadne is not only in control of her own perspective, but how other people see her. When Eames, the forger, appears in dreams, he can be anyone. Gender is shown to be a costume that Eames puts on and takes off easily, so it makes sense that Ariadne is entirely capable of creating herself in any aspect. So often how trans people see themselves in their minds, their ideal self, isn’t what they see in the real world. For some trans folks, this appears as dysphoria, but sometimes it’s as simple as a style of dress, a name, or a color that just doesn’t fit right.

There’s a moment when Ariadne is exploring Dom’s (Leonardo DiCaprio) dream where she starts to bring in her own memories, exploring ways to push the boundaries of what she knows, of the places where she exists within in the real world. Dom warns her that “if you keep changing things, it’ll get dangerous.” This is the ultimate trans experience; being told that pushing boundaries is dangerous. Pushing the limits of imagination in order to find expansive, authentic versions of ourselves is dangerous to the people around us who are still trapped by the limitations of that original inception, that first idea implanted in our heads on birth certificates: that gender exists at all.

Ariadne’s ability to not just control Dom’s dream, but to defy it, is essential. She imagines the world changing around her, and it does. According to the film, in a dream there is no break in between creating the world and perceiving it. There is the ability to have instantaneous discovery, pure inspiration. To be able to discover something about yourself and see it reflected in the same instant, in your reality, is a trans fantasy. The world might turn against her, Dom’s projections might stare at her, but still, she changes reality.

Watching Inception now, in light of Page’s coming out, feels like a coming-into-your-own story. Ten years ago Page wasn’t openly queer, and now he has found a way to be happy, to build his dreams into a reality. If we can layer transgender readings over an older film like Inception, we have the ability to connect with a character like Ariadne, whose actor is trans. If we can empathize with characters, it’s easier to empathize with the person; why else do celebrities have such ardent followings? Because of the connections people made with their characters on screen. To have an established actor like Elliot Page come out invites new opportunities to connect with the trans community, especially by rewatching older blockbusters like Inception.

Inception can help us imagine a world beyond gender because we can use it to describe how gender affects all of us. It is an idea in our heads, reinforced by the world around us, but it’s not the truth. It’s the basic, barest division proposed by gender which holds the most inadequate imitation of reality. Gender isn’t actual; it has been encouraged by the fact that a gendered society surrounded us. Gender is an idea, and if we can enter the dream-world and find vaster, more expansive versions of ourselves, if we can break the rules, blur boundaries, and find the places that seem right for us—even for a moment—we can rewrite our stories and ourselves. 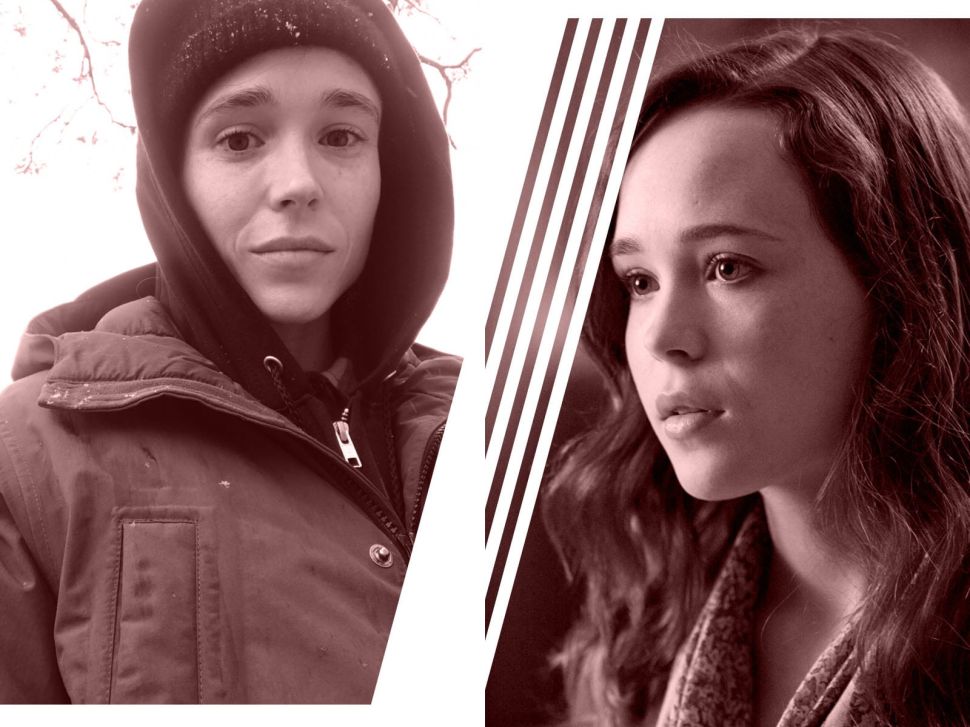