It’s been more than 70 years since the first rocket blasted off into space and 20 years since the first human lived on the International Space Station. Today, the ISS is rapidly aging, while the number of rocket missions is soaring, an exciting development that is nonetheless creating a growing trail of space debris. According to Nanoracks, a private space company regularly delivering payloads to the ISS, one problem might just be the solution to the other.

“Right now, a rocket launch can cost anywhere from $50 million to $70 million. If we can show that you can extend missions, then you are leveraging existing assets and not paying for a full launch,” Jeff Manber, founder and CEO of Nanoracks, explained to Observer.

For the past few years, Nanoracks has been working on a program called Outpost, which aims to modify a rocket’s upper stage after it’s done with its primary mission. It then becomes a miniature space station for scientific research, fuel resupply and even space tourism.

The idea isn’t new, but no company has taken concrete steps to test the technologies needed to make it happen. Earlier this month, Observer spoke with Manber and David Marsh, the strategic lead of the Outpost program, about how Nanoracks plans to turn dead rocket parts into something useful for future space (and Earth) missions.

I want to understand the problem you set out to solve first. Why are dead rocket stages a problem? How are they different than other space debris, say, satellites?

Jeff Manber: Two things could happen to a rocket’s upper stage after launch depending on the mission profile. If it’s a low Earth orbit mission, the second stage gets burned up in the atmosphere. But if it’s a deeper mission, like going to the moon or somewhere else, the second stage is put in what’s called a “graveyard orbit” and becomes a piece of space junk.

So we thought we could make some of that hardware useful again. A rocket’s second stage can store a lot of power, much more than a satellite. It also has a lot of interior room, so you could use it for manufacturing and many other purposes.

David Marsh: This has been an idea in the space world for decades. I think the original proposal for converting rocket stages into space stations was from the ’60s or ’70s. What makes it possible now is the availability of commercial off-the-shelf equipment and technology enabling that equipment to do things in space.

How do you assess if there’s a market for that?

Manber: Right now, we have an aging international space station and this incredible ecosystem being developed in lower orbit for doing more things for space and also for Earth. People will need numerous private space stations that can be used as fuel depots, research labs and even hotels.

So, we see space infrastructure as the next big market. The question is, how do we create the same economic efficiencies to private space stations like what Elon Musk is creating with reusable rockets?

In an ideal scenario, how would an Outpost mission work?

Marsh: One use case we are envisioning—and this is a few years in the future, at least—is that after a second stage is separated in space, it turns into an outpost. A small vehicle would then be deployed off of the outpost. It goes out, captures debris, sends them back to the outpost, and deposits them inside the upper stage.

We are also imagining that we could use advanced robotics to turn that debris into something useful.

Which stage is the project at right now? What’s your timeline for the first operational launch?

Marsh: The first Outpost mission is going to launch within the next few years. The early ones are going to be very rudimentary in terms of capabilities.

Manber: We are not looking at grabbing a discarded second stage and converting it just yet. We might be able to do that in a decade, but for now we are focusing on modifying them on the ground before they go into space.

One area where we really have to advance is the human-robotic interface, or HRI, because we don’t want the first human who lands on the moon to spend all their time on construction.

We are working with several robotic partners to achieve that. For example, we are working with ULA to develop expertise in extending the missions of their upper stage called Centaur. Right now, a rocket launch can cost anywhere from $50 million to $70 million. If we can show that you can extend missions, then you are leveraging existing assets and not paying for a full launch. All you have to sacrifice is a few hundred kilograms of fuel, because you’ll need the fuel tank space to put in payloads for later use.

Our partners have shown that it’s actually a very good trade-off to sacrifice a little fuel for a lot more capacity.

You have a big test flight called Mars Demo-1 coming up in June next year. What specific things will be tested during that mission and what information are you trying to get from it?

It’s amazing how little we know about working in space beyond a space station—building things, manufacturing, living and working. It’s still all very new.

The next big step will be to figure out how to take control of an upper stage after it has finished its primary mission. We think that will happen in 2022.

Are there any areas other than converting rocket parts in space where the technologies you are building could be applied if the Outpost project doesn’t materialize or takes longer than expected?

Marsh: The Outpost program is developed in such an innovative way that we can shape it as we go. So, if some capabilities advance faster than others, we can adjust the development toward that. We could move a little bit closer toward robotics and further away from space debris mitigation if that needs to happen.

Manber: And even if this project has to change directions, a lot of all the capabilities we are developing could be used in remote and dangerous Earth missions, such as cleaning nuclear waste and working under the sea.

We recently announced an agriculture technology (AgTech) innovation program in partnership with the government of the United Arab Emirates to incentivize using space research to help green Earth’s deserts.

So we are exploring the use of technologies that will not only help us build a green future in space but also help Earth. 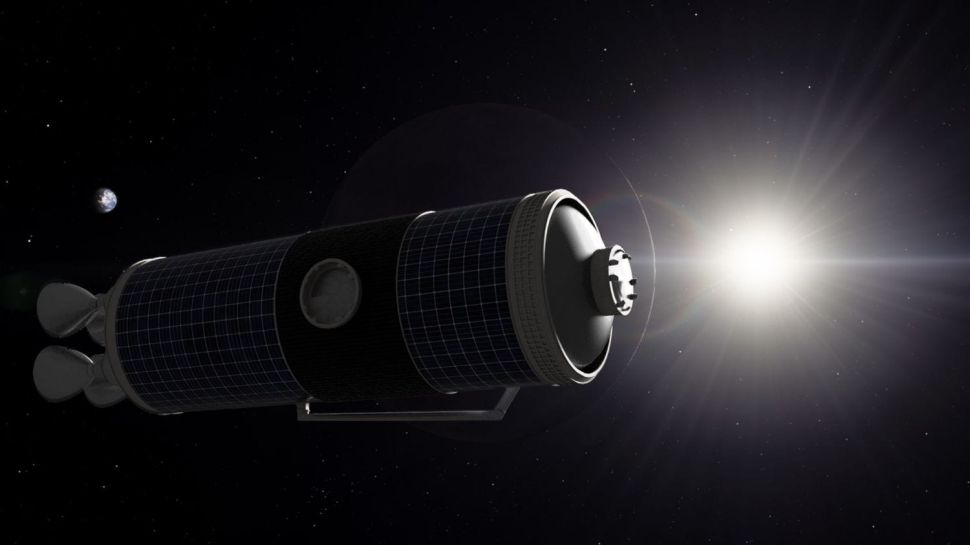