In Utah, a 10- to 12-foot tall metal monolith appeared out of nowhere in the desert on November 18, and was visited by curious locals before being dismantled 10 days later by a team of four men. More recently, in Romania, another similar monolith was erected in Neamt county without explanation, but it was taken down just as suddenly four days later. Those following the story of the strange objects have been left with few answers. No one seems to know if this is a collaborative art project in motion, or simply evidence of someone playing a prank, that was then copied half-way across the world.

The Utah monolith immediately drew comparisons to Stanley Kubrick’s masterpiece 2001: A Space Odyssey, which begins with an iconic scene in which a tribe of hominids is enthralled by a monolith in their midst that seems to have appeared out of nowhere. However, Kubrick’s monolith was distinctly black, while the Utah monolith was constructed out of a metallic material. When the monolith was still standing, gallerist David Zwirner stepped forward to claim that the sculpture was likely made by the minimalist sculptor John McCracken, who passed away in 2011. However, Zwirner redacted his statement after a closer examination of photographs of the structure. Almine Rech also denied this was a work by McCracken; she represents McCracken in Paris and Brussels.

Salt Lake City metal sculptor Dan Toone also denied making the Utah monolith after he was determined a likely candidate, and overall there have been no definitive answers, but the Romanian monolith could introduce more useful clues. “An unidentified person, apparently a bad local welder, made it,” Romanian journalist Robert Iosub told Reuters. “Now all that remains is just a small hole covered by rocky soil.” This leaves two possibilities: either the monoliths are the product of a collaborative effort, or the Romanian one was made by a slightly less skilled copycat looking to replicate the mystery stirred up by the Utah incident. Since the Utah structure appears to have been much more smooth than the pockmarked Romanian monolith, it could reasonably be assumed that the copycat theory is more likely. If another monolith pops up, perhaps the answer will become increasingly clear. 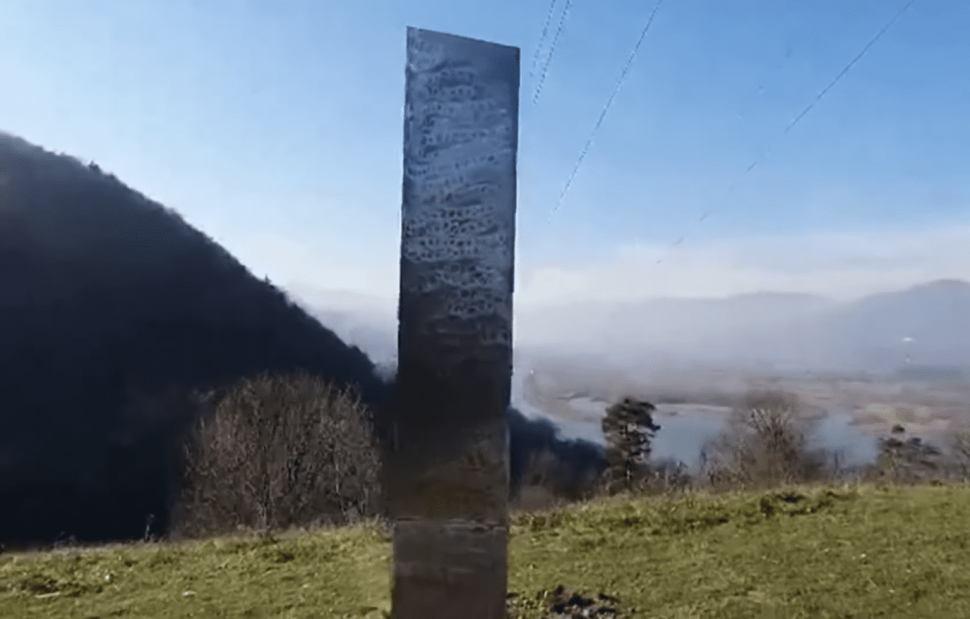