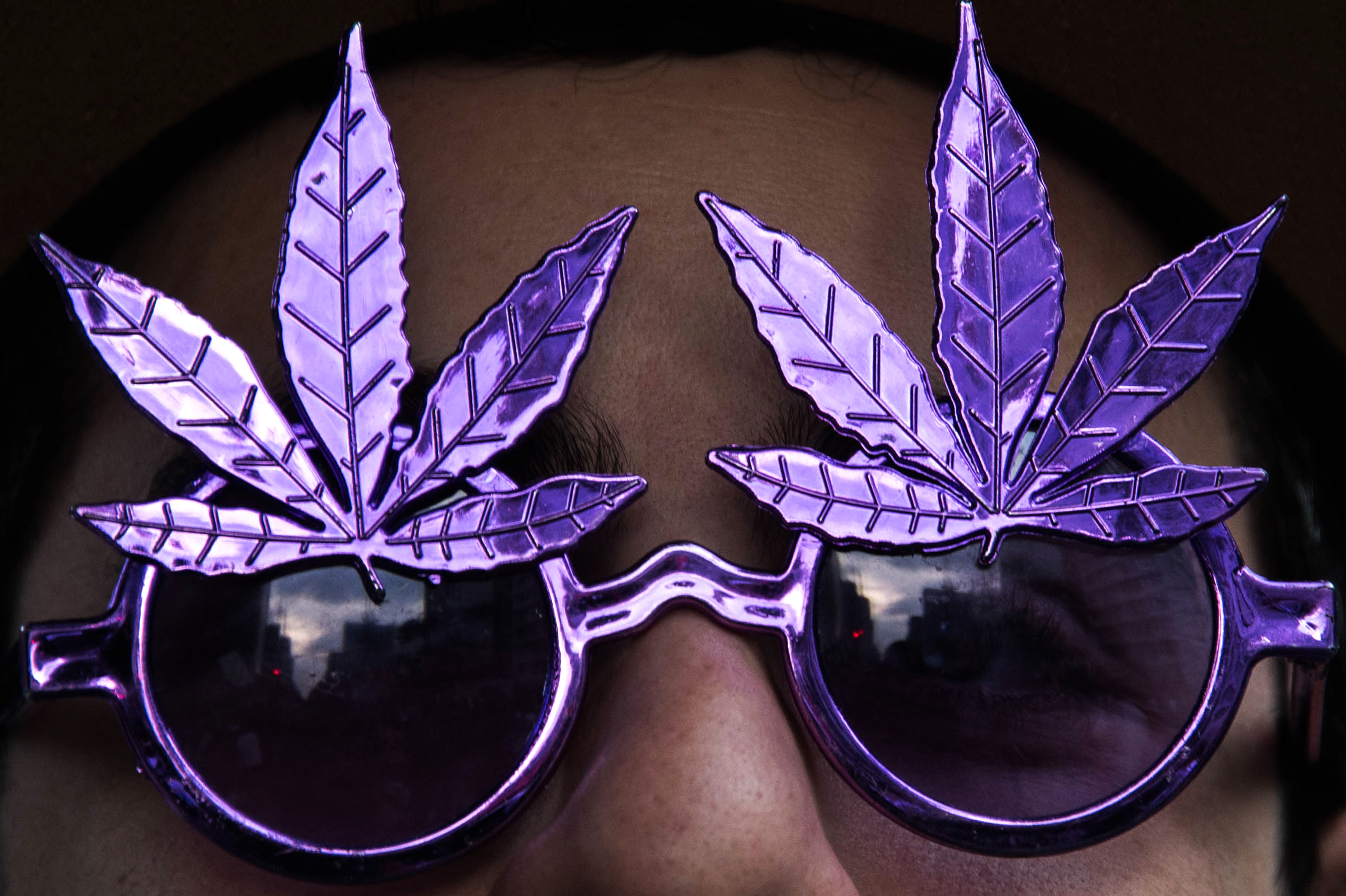 Young demonstrator takes part in a march calling for the legalization of marijuana. NELSON ALMEIDA/AFP/Getty Images

Over the last half-decade, a quiet revolution has taken place in American civic life. In red states and blue states, Americans are reliably ditching a generations-old war on drugs.

Embracing legal cannabis—and, as the most recent election cycle demonstrated, allowing Americans to possess psilocybin mushrooms without fear of arrest—is one of the few issues in which polarized political classes have consistently found agreement. Trump voters like weed, Biden voters like weed, and Green Party voters definitely like weed.

This represents a sea change, a true flip-flop in thought and deed, because American voters are ignoring what law enforcement have been telling them for generations. For so long, government officials and other scolds preached that legalization would result in increased youth drug use, more dangerous roads, crime rate spikes, and many other scourges.

One reason why these scare tactics don’t fly as they used to during the Just Say No heyday of the ‘80s and ‘90s is that these claims have been proven to be false with every new state that passes legalization.

“The worst fears of the anti-legalization crowd haven’t come to pass,” said Sam Kamin, a law professor at the University of Denver and a nationally recognized expert on the subject of legalization. “You haven’t seen increased youth usage, you haven’t seen increased deaths on the highways. These have not come true. Voters don’t react in the same way to the ‘sky is falling’ rhetoric.”

Shortly before more than 65 percent of New Jersey voters approved a legalization measure in November, public radio station WNYC interviewed Melissa Tasse, a neuroscientist who is also the mother of a teenager. Tasse rang a familiar bell: if New Jersey legalized cannabis, “more and more children will use it,” she said.

Across the country, in South Dakota, opponents raised the same menacing specter: kids, turned on to weed thanks to legalization, then turning to harder and harder drugs like heroin. But like New Jersey, South Dakota voters approved legalization.

In fact, repeated surveys have shown steady decreases in youth marijuana use, even after legalization.

Colorado was the first state in the US to make store-bought commercial cannabis widely available, starting in 2014. And between 2011 and 2019, the percentage of youth reporting using cannabis declined by nearly 10 percent, from 22 percent in 2011 to 20.1 percent in 2019, according to results of a biennial national survey given to eighth, 10th, and 12th-graders, which is considered the gold standard in figuring out what the kids are up to.

More data released in December told a similar story. Among high school sophomores, daily marijuana vaping dropped nearly in half, from 3 percent to 1.7 percent, according to the National Institutes on Drug Abuse. Across the board, marijuana use in all forms stayed level from previous years, the survey found—and this despite the appearance of a new, $1 billion-a-year commercial cannabis industry in Illinois starting in January 2019.

The failure of the real-life version of Kids to materialize hasn’t killed the message, but Americans are absolutely tuning out the messenger.

“These findings stand in sharp contrast to the sensational claims often made by legalization opponents, claims that thus far have proven to be baseless,” said Paul Armentano, the deputy director for the National Organization for the Reform of Marijuana Laws said in a recent release.

If the kids are okay, what about the adults? What about highways and once-quiet suburban streets, full of stoned drivers? Visions of a marijuana-fueled Mad Max, with more drivers under the influence, were conjured up by the South Dakota Chamber of Commerce and Industry during this fall’s campaign. Carnage on the streets would follow chaos on the sidewalks, it promised. Legalization leads to increased crime, according to the official ballot argument published by the South Dakota State Medical Association.

Earlier this year, the American Bar Association took a look at traffic safety. While allowing that marijuana use has increased over the past 20 years—and that cannabis was more likely to be detected in fatal crashes, as well as in drivers in general—the ABA could not definitively say whether cannabis was the cause, as dead motorists often tested positive for other substances.

But meanwhile, other data, compiled by the National Highway Traffic Safety Administration, suggests that in the same decade legalization became mainstream, the roads became safer. In 2018, fatal crashes decreased, according to the NHTSA. In 2019, they decreased again, by two percent. That’s a small decrease, but a dip coming at the same time as the rapid expansion of commercial cannabis availability suggests cannabis isn’t causing havoc on the roads—in fact, you could technically argue that it’s making things safer.

See Also: Why CBG, A New And Legal Cannabis Plant Product, Is Surging

Okay, so what about crime? “Crime” as a social phenomenon is usually quantified in two ways: arrests and reported crimes. The “murder rate” is the number of homicides reported, and the “crime rate” is the number of violent and property crimes reported, sometimes by raw numbers, sometimes averaged out per parcel of the population, like per thousand or 10,000 people. Since the number-one cause for arrest has for years been drugs, when drugs are legalized, the arrest rate will go down.

As for other crimes: across the board, legalization had no effect on crime rates in legal states like Colorado and Denver, a 2018 study found.

But what about recent spikes in crime in places like Denver? Criminologists will tell you that the causes of crime are complex. The most honest answer is that there is no one cause—and pinning either an increase or a decrease in crime on cannabis legalization would require the accuser to control for a host of other factors: the economy, other substances, policing tactics, the environment. How do you do that? Legalization’s opponents don’t say. If they did, their attempt at holding back the ongoing shift in attitudes towards drugs might sound even more absurd.

This could be why there’s been a tonal shift in some legalization opponents’ messaging, from lurid tales of chaos to a sort of populism: legalization hasn’t been great for small businesses, or for working-class people, but great for big capitalists. That is absolutely more true—and it’s a message worth hearing, if only the messenger hadn’t spent most of the past decade steadily damaging their credibility with unfounded claims. 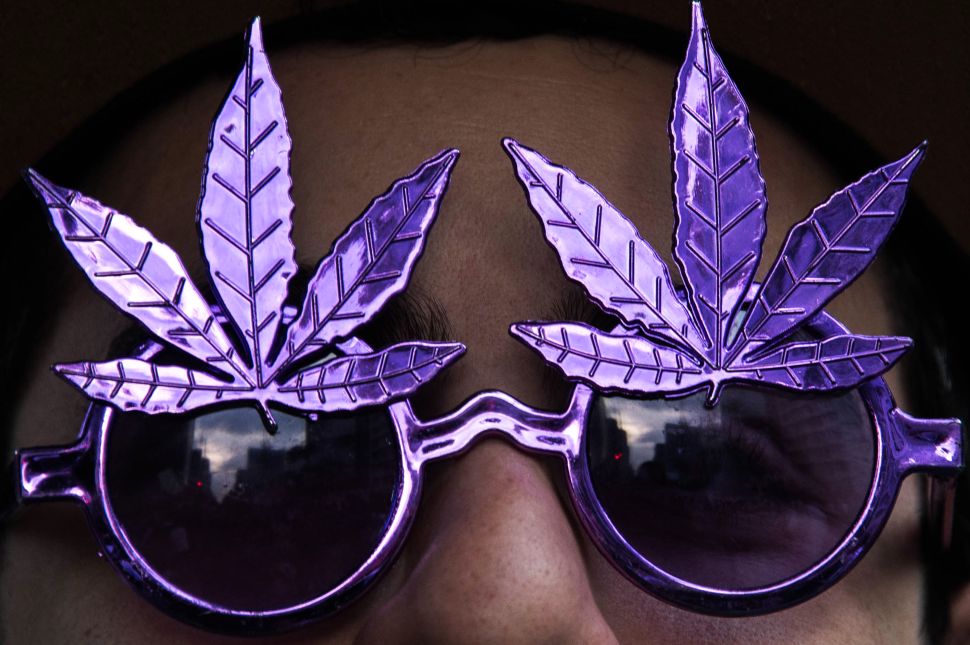