This year, amidst the onslaught of the coronavirus and the racial reckoning experienced worldwide by people finally coming to terms with the depths of global inequality, statues of colonizers and other racist figures have begun to be removed from their plinths. Over the summer, protesters in Boston drew up a petition and called for the mayor to remove a statue called “Emancipation Group” that depicts Abraham Lincoln standing over a kneeling slave. On Tuesday of this week the removal finally took place, after the statue had been standing in Boston’s Park Square for 141 years; or since 1879.

The statue, which was designed so long ago by the Boston native Thomas Ball, shows Lincoln grasping the Emancipation Proclamation in his right hand. The slave over whom the president hovers is Archer Alexander, who was a formerly enslaved Black man who later went on to enlist in the Union Army. Later on in his life, however, Alexander was captured under the power of the Fugitive Slave Act.

“As expressed by so many during the public process this year, we fully agree that the statue should be relocated to a new publicly accessible location where its history and context can be better explained,” a spokeswoman for Marty Walsh, the mayor of Boston, told CNN. “The decision for removal acknowledges the statue’s role in perpetuating harmful prejudices and obscuring the role of Black Americans in shaping the nation’s fight for freedom.”

What’s particularly extraordinary about this statue’s removal is that objections have been raised about it since practically the moment of its creation, by none other than the legendary abolitionist Frederick Douglass. “Admirable as is the monument by Mr. Ball in Lincoln park, it does not, as it seems to me, tell the whole truth, and perhaps no one monument could be made to tell the whole truth of any subject which it might be designed to illustrate,” Douglass wrote, in an 1876 letter to the editor of the National Republic.

Given that it took until the year 2020 for statues like these to begin to come down, it would appear that America is long, long overdue when it comes to confronting its whole truths. 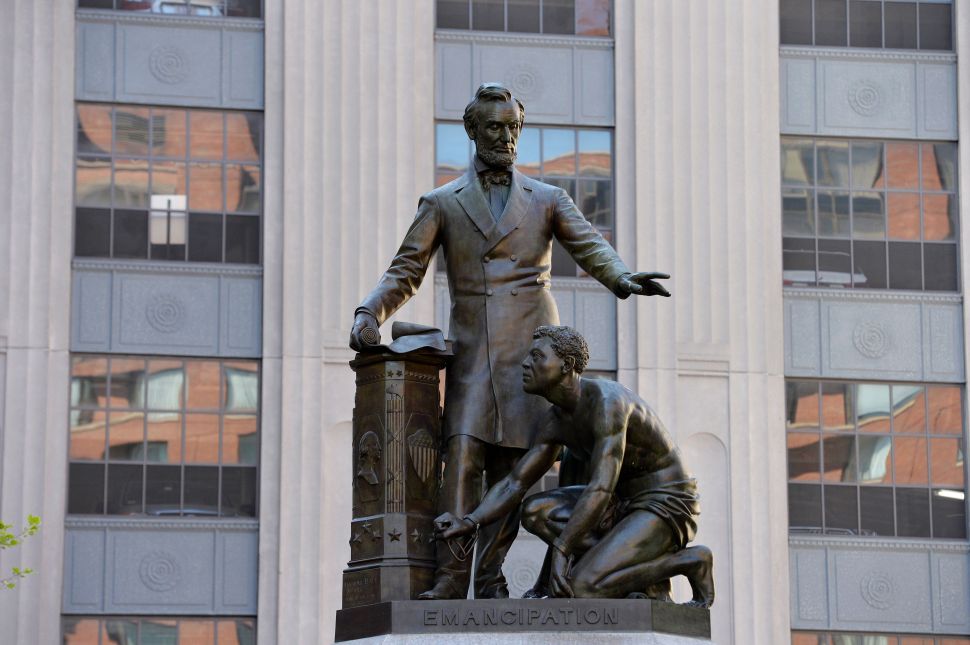