Director Manolo Caro’s story about a well-to-do family full of secrets, Alguien Tiene que Morir (Someone Has to Die), Netflix’s thriller series that premiered in October, rides on the coattails of his first wildly successful dramedy, La Casa de las Flores (The House of Flowers). But this time, the tone is grimmer, and the pace slower—resulting in a miniseries that feels like a show fit for 2020, despite its imperfections. Set in a highly politicized 1950s Spain, the show follows the Falcón family as it welcomes back its son, Gabino (Alejandro Speitzer), who has been living abroad in Mexico for the last decade.

Planning to marry him off to the beautiful daughter of a close friend and business associate, the Falcóns’ plans are quickly upended when Gabino arrives with a male “friend,” Lázaro (Isaac Hernández). A professional dancer, Lázaro represents everything the Falcons are not: an idealistic, dark-skinned artist hailing from a free society.

It’s interesting to watch Someone Has to Die contrast Mexico, often demonized in American media as a hotbed of political corruption, with its esteemed European colonizer. In the mid-20th century, Mexico was considered a haven for political fugitives, a fact best represented by Leon Trotsky, who escaped with the help of his communist allies, Diego Rivera and Frida Kahlo, in 1939. Watching a show produced by actual Mexicans that highlights a liberated aspect of Mexico’s history—even if it plays a secondary role—is refreshing.

In Spain, the Falcóns’ world is dark and grey, and viewers quickly realize that things are not right in this house. There’s tension everywhere: between father and son, mother and mother-in-law, husband and wife, not to mention the heavy baggage between Gabino and his future brother-in-law. Immediately after arriving, Gabino is reunited with his grandmother, whom he has not seen in over a decade. Yet Doña Amparo—played by veteran Spanish actress, Carmen Maura, best known for her work with Spain’s most important post-Franco auteur, Pedro Almodóvar—keeps an awkward distance from her only grandchild. There’s Señor Falcón (Ernesto Alterio), the rigid family patriarch and a staunch nationalist, who uses every opportunity he has to toast his country. Seemingly in denial that his son is a dreamer with plans to travel the world, he chooses to talk business and rifles with Gabino, unable to hold his tongue when it comes to insulting the country Gabino has chosen as his own. Little does Señor Falcón know that his wife (the wonderful Cecilia Suárez, a recognizable face on Netflix), who is herself a Mexican expatriate, is scheming to help their housekeeper free her husband, a political prisoner, from jail.

Unfortunately, the all-star cast cannot fully save Someone Has to Die from an overall gooey thickness. The plot is rich and the female characters are strong-minded, but the extreme efforts they are willing to undertake in order to protect their respective sons are upended by tactless romances and inexplicable resentment. In the final episode, Doña Amparo tells her daughter-in-law: “You have no idea the joy I feel at watching you become the woman you once hated.” That’s a harsh thing to say, especially without context. The show, as well as whatever story it is trying to tell, would benefit from providing viewers with access into the desires and motives of its characters, who end up coming off as one-dimensional.

Discerning whether this lifelessness is the result of an ambience purposefully crafted to convey the brutal solemnity of life under dictatorial rule, or simply the byproduct of a poorly executed script, proves difficult. Lázaro, whose speaking parts are practically countable on one hand, functions as a shallow vehicle to attempt a conversation about the regime’s cruel persecution of queer people. The results are horrific. But with characters who display little to no appreciation for their racial or economic privilege, Someone Has to Die’s political awareness is, ultimately, shortsighted.

Still, despite the show’s determination to resurrect a moment in time repressed by society, the themes played out in Someone Has to Die don’t feel very far away: extreme nationalism, homophobia and machismo, and the clash between young people and their older family members. In an opening scene, Mrs. Falcón forebodingly states: “This country isn’t for people with dreams.” As European nations grapple with mutated strains of coronavirus, and the U.S.’s political soap opera continues into what feels like its millionth act, statements like those are too close for comfort.

Someone Has to Die is streaming on Netflix. 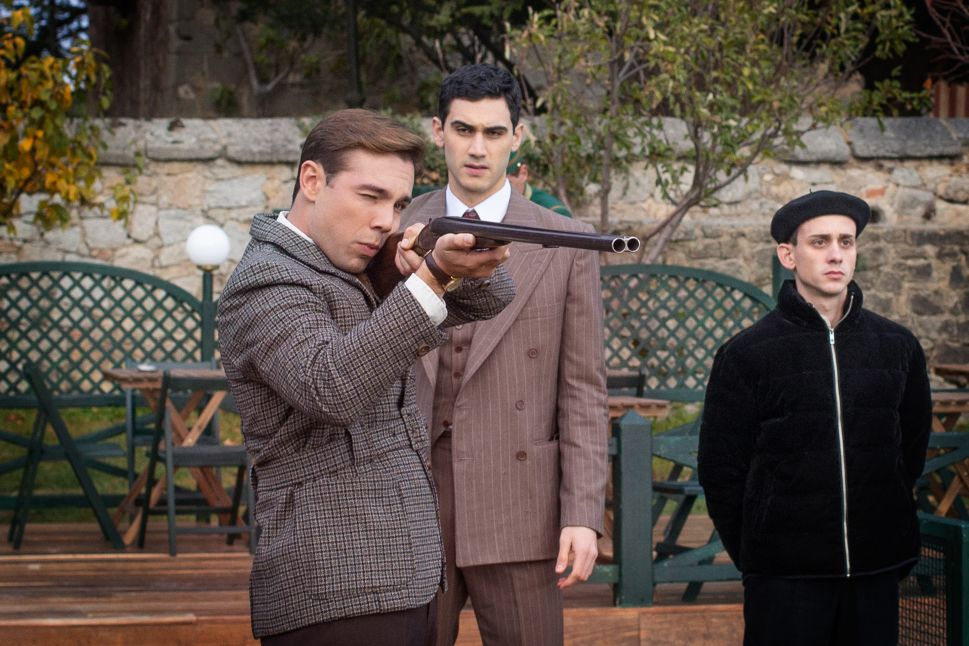