Earlier this year, when it became absolutely evident to every auction house that in-person auctions would be virtually impossible for the foreseeable future, the industry’s biggest players moved quickly to shift their operations either further or almost entirely online. Christie’s went ahead with scheduling four times as many online sales between early May and June as it had in 2019, and Sotheby’s also powered ahead with high-profile sales of sports memorabilia and work by critically lauded artists. Sotheby’s work paid off: they’re currently reporting global sales of over $5 billion this year, which is an increase from their 2019 total of $4.8 billion.

The fact that Sotheby’s managed to bump up their total returns in the midst of a catastrophic pandemic is impressive enough, but the auction house also says that it managed to attract its greatest influx of first-time art buyers in 15 years, with a 27% increase over 2019. They explain that they achieved this result via a massive restructuring of their auctions — 70% of them took place online this year, as opposed to 30% in 2019 — and through a deluge of improved channels, so that customers could more easily make purchases remotely.

“The beauty and important role of art and rare objects seems particularly relevant in this period of pandemic and anxiety,” Charles F. Stewart, the CEO of Sotheby’s, said in a statement. “In a matter of months, our global team united to implement a sweeping set of transformative changes to our business, many of which will continue long after the pandemic is behind us.”

Although Sotheby’s success may not exactly reflect the conditions being experienced by all auction houses, the willingness of collectors to buy artwork they haven’t seen in person appears to be easier to depend upon than many previously believed. This bodes well for the future of the art market: even if crowded live auctions are a figment of the past, that doesn’t mean high-caliber exchange is extinct too. 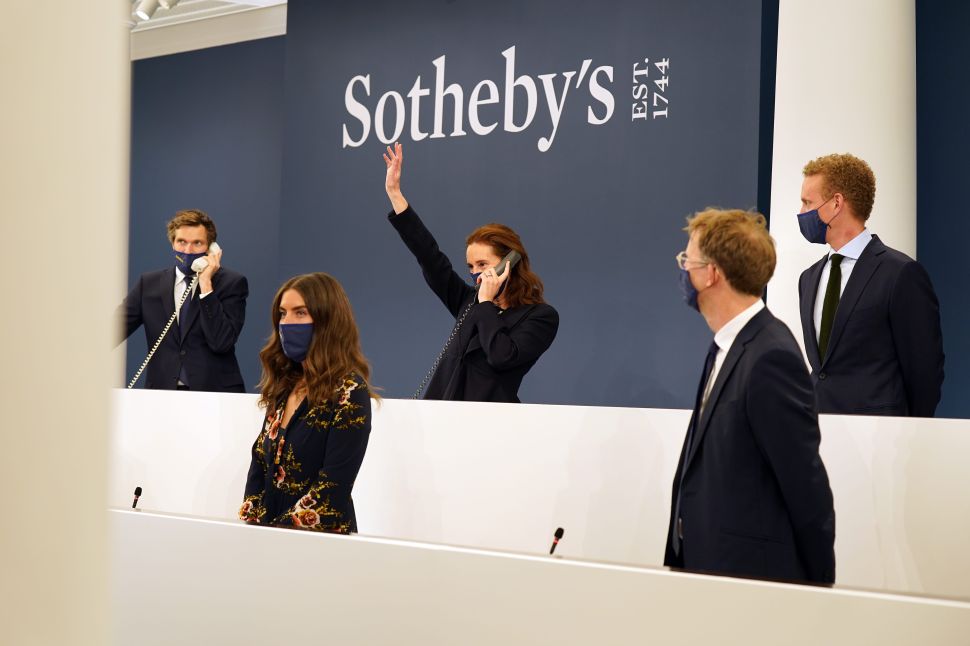