For a movie about a heavy metal drummer, Sound of Metal revels in the silence.

The directorial debut from Darius Marder, written from a story by Derek Cianfrance (Blue Valentine), Sound of Metal tells the story of Ruben (played by Riz Ahmed), an addict and drummer of the noisy duo named Blackgammon. The movie is now available to stream on Amazon Prime.

Blackgammon’s music is a punishing hiss that pummels fans with distorted guitars, growling vocals and double-kick drums. The morning after a basement-style gig, Ruben wakes up, trying to pop his ears out of the tinnitus haze. Later that day, a doctor explains that Ruben has already lost nearly 80 percent of his hearing, which will only deteriorate more rapidly as Ruben continues to perform.

As guitarist/vocalist and Ruben’s partner Lou (Olivia Cooke) continues on the tour, Ruben begrudgingly agrees to rehab in a rural deaf community led by a Vietnam veteran and addict named Joe (Paul Raci). Ruben’s goal, however, is to raise enough money and pay for surgery so that he can hear again via cochlear implant surgery. Ruben wants to get back to “normal,” an idea Marder hears being discussed repeatedly today as a way to deal with the pandemic.

“Everyone is saying, ‘I can’t wait to get back,’ and I have to say, I don’t think we will,” Marder says over the phone. “I don’t think that’s how the world works. We won’t go back. It will be different, and it will be something we don’t understand right now. We either adapt and accept, or we get run over. That’s the entire concept of this Sound of Metal.”

The movie and its themes are passionate topics for Marder as he’s spent the past decade trying to make “Sound of Metal.” The idea for the movie came 13 years ago, Marder says, when he first met writer/director Derek Cianfrance, with whom he co-wrote The Place Beyond the Pines.”

“Literally within 30 seconds of meeting each other, we were talking about (Sound of Metal), at least the seed of this project,” Marder says.

Cianfrance had previously played drums for a metal band, but quit as he experienced tinnitus. However, the filmmaker had shot footage of the heavy metal band Jucifer. During downtime between projects, Marder began editing what Cianfrance captured.

“I got very obsessed with this idea (for Sound of Metal),” Marder says. “Derek was very clear that he was not going to make this movie. I found this little abandoned baby that I needed to raise, and I did.”

Marder was interested in exploring the relationship between Ruben and Lou as well as silence on a very literal level. While Blackgammon’s music is loud, the majority of Sound of Metal is quiet and meditative. As Ruben deals with his hearing loss, the audience does, too. Sounds like blenders, conversations or traffic are muzzled, buried in the mix. The movie jolts from Ruben’s sense to a louder world.

Even as Ruben experiences the loss of hearing, he still deals with his addict past—a noise inside himself that’s just as deafening, Marder describes. Creating that sound design alone took 23 weeks, but it was worth it to understand Ruben’s physical struggles.

“In terms of the number of tracks and complexity, the sound mix was as big as any action movie,” Marder says. “Creating that sonic landscape was so exciting and grueling. I was going for a specific experience: As someone in the hearing community, how do we experience that physical journey that we go through in this movie?

“My greatest hope in those moments of complete silence in the film is that we all have to sit in it and recognize what it’s doing to us on a physical level.”

To prepare for the role, Ahmed spent six months learning how to play drums and ASL. Though other actors including Matthias Schoenaerts and Dakota Johnson had been previously attached to the project, Marder says he offered the role to Ahmed midway through a lunch meeting in 2017.

“I could see it in (Ahmed): He was hungry; he was game; he was scared; he was courageous,” Marder says. “During that meeting, I found someone who was interested in going down to the mat for this role, who would lay himself bare and be out of control.”

Another miracle Marder says was finding and casting Raci as Joe. Before meeting Raci, he could have gone with an actor from hearing culture who might have helped finance the film. Instead, Marder says he “bet the farm on finding a Joe.”

“I was lucky to find (Raci),” Marder adds. “(Raci) did two tours in Vietnam, dealt with addiction, grew up in deaf culture, and his first language is ASL,” Marder says. “He is a seasoned actor, an artist with such fine control of his craft. There could be no one else to play that role.”

Throughout the process of making Sound of Metal, Marder says he would put himself in dangerous positions like this because he was unwilling to compromise from his vision. Another example came on set when Marder wouldn’t let the cast watch dailies. At first, it was a point of contention between Marder and Ahmed.

“At the time, I joked with Riz and told him, ‘I’m not going to be your enabler,’” Marder says. “With dailies, people start looking back and analyzing…I’m not interested in that. I challenged Riz to not be in his frontal lobe, to not question his instincts, to trust and move forward. That was very much what our shoot was all about.”

A movie as grueling as this from a first-time director made “Sound of Metal” a more difficult trip than the typical independent film, which is “near impossible” to make, Marder says, given today’s market of popcorn films. However, having seen the film through, he’s thankful he never wavered from his level of commitment.

“I had gone through many ups and downs and heartbreak,” Marder says. “The film came together and fell apart multiple times. Most people around me were sure I would never make this movie because I had such a high bar for what I wanted to achieve.

“I stand by that. I would’ve not made the movie rather than compromise on that bar.”

Sound of Metal is available to stream on Amazon Prime Video. 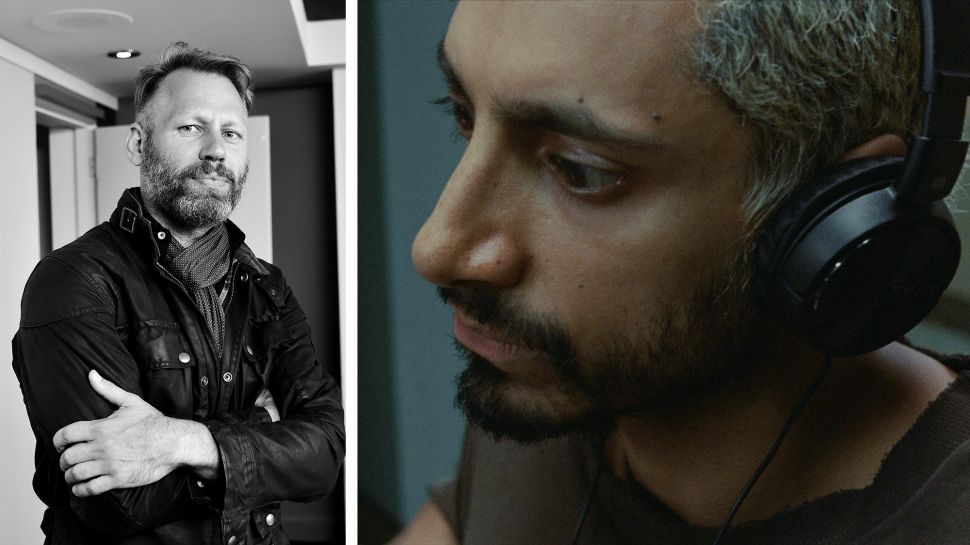