While clean-up work is still underway at SpaceX’s Boca Chica launch site following the historic test flight of Starship SN8 two weeks ago, the next prototype, SN9, has arrived at the launch pad as SpaceX prepares for the second high-altitude test of the future Mars-colonizing spacecraft.

The prototype was almost aborted in an accident earlier this month. On the morning of December 11, as SN9 was waiting for rollout in the “High Bay” storage building near the launch pad, an unknown issue caused the rocket’s workstand to partially collapse and tilt the rocket by about five degrees before colliding with a side wall.

Thanks to the angle and direction toward which the SN9 fell, the rocket suffered only minor damages on the exterior, which were fixed in the following days.

Although behind schedule, there’s still a chance SN9 will fly before the end of the year, depending on the results of pre-launch tests, likely including a cryogenic-proof test run with liquid nitrogen and a triple-engine static fire test.

On December 7, the eighth Starship prototype, SN8, successfully completed a high-altitude flight to 12 kilometers and came back almost in one piece before exploding in the final seconds of a hard landing.

SN9 is expected to fly to the same altitude and attempt a perfect landing. Its flight data will also determine how soon future prototypes will reach for the next goal of up to 20 kilometers. 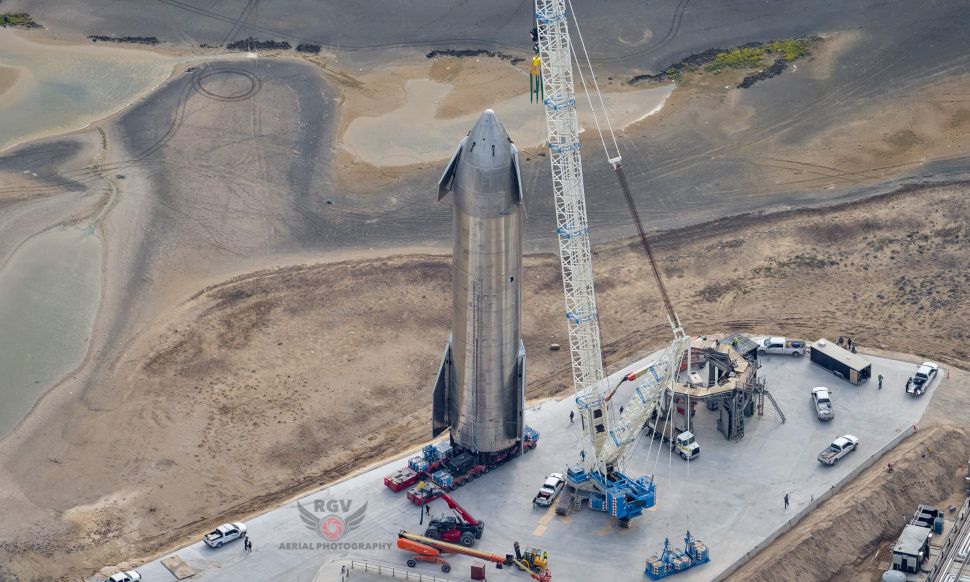