It feels like just yesterday audiences were being introduced to Timothy Olyphant’s Cobb Vanth in the Season 2 premiere of the immensely popular The Mandalorian. Yet here we all are mere days away from the new season’s finale. Time sure does fly when badass surrogate fathers are blowing up any and all threats to their adopted Force sensitive green sons. As Season 2 barrels toward a close and we all wait with bated breath to find out if Din Djarin (Pedro Pascal) can rescue Baby Yoda—I mean the Child—actually, Grogu from the clutches of Moff Gideon (Giancarlo Esposito), now’s as good a time as ever to look beyond the finale.

There’s no denying that Season 2 has been a runaway train of well-earned fan service thanks to a series of cameos and appearances from fan-favorite characters from across Star Wars lore. But Lucasfilm has very meticulous and ambitious plans for the Star Wars universe on Disney+. Nothing we’ve seen has been mere adrenaline-inducing fluff. There is a reason to everything, which is why I believe Season 3 and beyond have already been set up.

“The Jedi” served as the live-action introduction of Ahsoka Tano (Rosario Dawson), who is now confirmed to be starring in her own spinoff series. Season 2’s continual focus on Cara Dune (Gina Carano) is expected to payoff in the recently announced Rangers of the Republic. The return of Boba Fett (Temuera Morrison) comes amid rampant rumors of his own spinoff series and connects nicely with the live-action debut of fan-favorite animated character Bo-Katan (Katee Sackhoff). It’s all intentionally interconnected build-up first noted by Cinelinx’s Jordan Maison.

“The Heiress” made clear that Bo-Katan, a fellow Mandalorian, is after the Darksaber, a critical artifact of the Mandalorian people that is currently in the possession of Moff Gideon. Throughout her animated appearances in The Clone Wars and Rebels, the character has long been solely focused on removing the Imperial presence from her home planet of Mandalore. Though mentioned, we know little in the way of specifics when it comes to “The Great Purge,” which is assumed to be a devastating attack by the Empire on Mandalore which resulted in the diaspora of their race. It wouldn’t be a surprise to see her return in the finale to confront Gideon and further lay the groundwork for future seasons.

The Mandalorian clans are fractured, separated both geographically across the galaxy and ideologically. Just look how different the Nevarro sect of Mandalorian warriors are from Bo-Katan and her Night Owls. She reveals to Din that he belongs to an extremist faction (“Children of the Watch”) and that many different kinds of Mandalorians exist across the philosophical spectrum. Her aim is to reclaim equipment, supplies, and resources from Imperial forces this season in order to gather strength, unite the varied clans, and retake the Mandalorian homeworld. Din is obviously more concerned with Baby Yoda at the moment. But assuming that resolves itself in the finale, the wayward nomadic warrior could join Bo-Katan (and maybe recruit fellow Mandalorian Boba Fett) for this grander storyline.

Helping to unite his people despite their varied differences and retake Mandalore would be a major plot point moving forward, but one that would not step on the toes of the larger Star Wars saga that is developing at this point in time (First Order vs the New Republic). It would also force Din out of his isolation into a greater collection of similar culture. Mandalore’s fondness of foundlings certainly wouldn’t hurt Grogu’s chances of fitting in as well. Each season of blockbuster TV has its own sets of challenges and big bad villains. Reframing the series around a quest for planetary independence and peace fits in line with the narrative development this show has been cooking up.

As we eagerly consume the final chapter in Season 2, take note of any hints and references to the future of the series. Don’t be surprised if the Mandalorian war comes into greater focus. 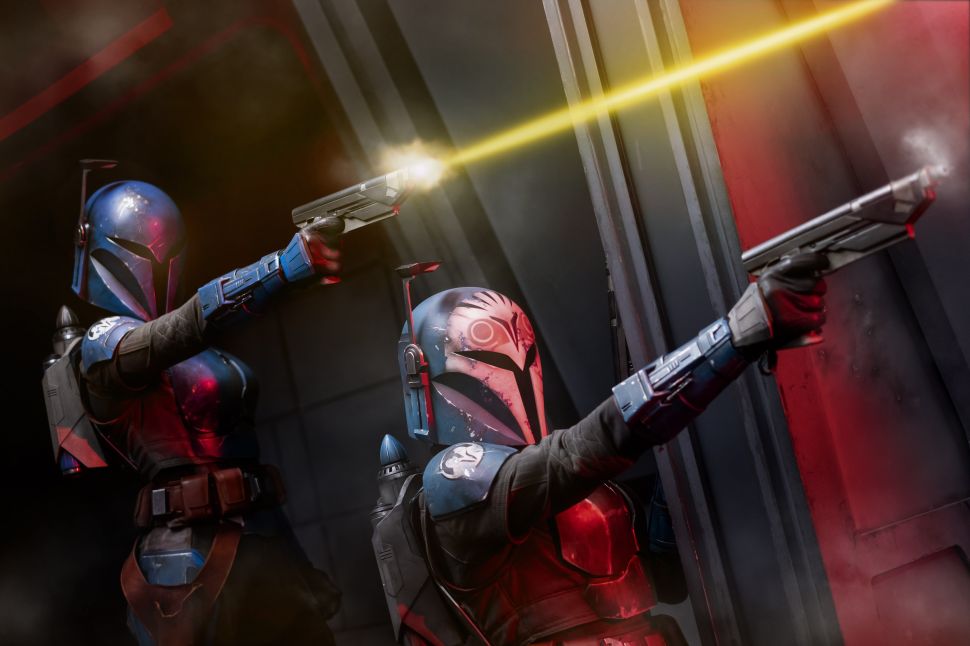