While some authors are content to paint spies as debonair, international men of mystery who never make false moves, John le Carré, who passed away on Saturday night from pneumonia at the age of 89, was not such a writer. Instead, his novels dealt with sagas of espionage and subterfuge by populating them with odd, hunched, utterly unique and human characters who often translated beautifully onto the screen in films like Tinker Tailor Soldier Spy and The Constant Gardener.

A veteran of the British Secret Intelligence Service, le Carré drew upon his extensive life experience in order to produce nearly 30 novels over the course of his life. As you might imagine, many prominent authors expressed sadness via social media upon hearing the news of le Carré’s death.

John le Carre has passed at the age of 89. This terrible year has claimed a literary giant and a humanitarian spirit.

Stephen King, the famous American wordsmith known for his literary accomplishments in the realm of horror, took to Twitter to refer to le Carré as “a literary giant and humanitarian spirit.” Similarly, the journalist Dan Rather used Twitter to honor the author. “No writer captured the cloak and dagger subterfuge of the Cold War better than John Le Carré,” Rather said. “I interviewed him for 60 Minutes over 30 years ago, and I remember a sharp mind and penetrating eyes. His work will be read for generations. May he rest in peace.”

John le Carré … if there is a contemporary writer who's given me richer pleasure I can't for the moment name them. I suppose the best one can do to honour his great life & talent is go back to "Call For The Dead" and reread all his books. The very opposite of a chore –

Richard Moore, the Chief of MI6, the UK Secret Intelligence Service, also took to Twitter to pay homage to someone who was once in the same line of work. However, le Carré has been honored by his fellow novelists for years; it is not upon the event of his death that writers are just now coming out of the woodwork to honor his talent. In 2013, the novelist Ian McEwan told The Telegraph that le Carré has “easily burst out of being a genre writer and will be remembered as perhaps the most significant novelist of the second half of the 20th century in Britain.” 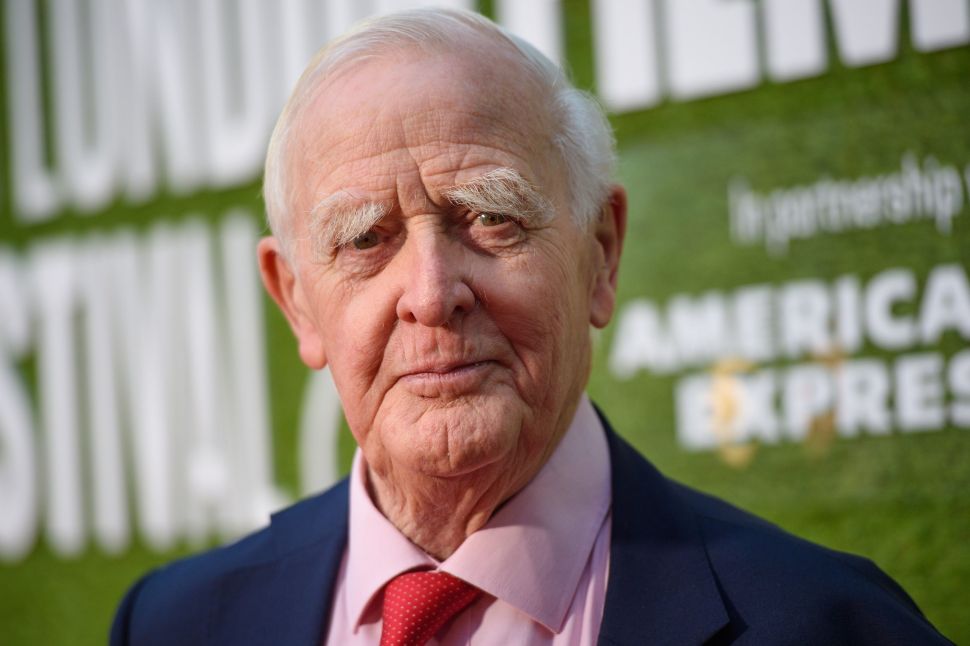