The 1978 Richard Donner–directed Superman is rightly recognized as the first superhero film of the modern era, and as a classic in its own right. But as important and influential as the movie was, its plot, structure, and approach has little in common with the blockbuster superhero franchises of today. For the movie that really set the supermold, you need to turn to Superman‘s successor, which had its world premiere in Australia 40 years ago today. It was the 1980 sequel Superman II, directed by Richard Lester after Donner was fired by producers, that picked up the superhero genre and tossed it into the future.

Superhero films from the Marvel Cinematic Universe and DC Extended Universe franchises, from 2008’s Iron Man to the forthcoming Wonder Woman 1984, tend to have a certain similarity in structure and approach: colorful heroes beat colorful bad guys in CGI battles with occasional quips, copious explosions and self-actualization in the third act. When people go to see superhero films, that’s what they go to see.

Superman from 1978 has the costumed hero and super special effects. But beyond that, from our post MCU worldview, Superman, despite his suave smile, doesn’t know how to dance to the story beats. The movie starts with the planet Krypton exploding, and then slogs through a long, dour origin, taking baby Supes to Smallville, through high school and on to the Fortress of Solitude. The adult Superman, played by Christopher Reeve, the supposed star, doesn’t even show up until almost an hour into the 143-minute run time.

And at that point the film abruptly switches to a screwball comedy featuring Clark Kent and Margot Kidder’s Lois Lane, with delightful fizzy sexy banter (“That’s Clark, nice.”) The flirtation is interspersed with super feats, like seeing through Lois’s nightgown with X-ray vision and turning back the course of time by spinning the earth backwards on its axis. (Don’t ask how that works.)

The most antiquated part of the first Superman film, though, is its fight scenes. Mainly because it has none. The villain in Superman was Lex Luthor (Gene Hackman), who had no super powers. The most physical altercation in the movie involves Luthor hanging a poisonous Kryptonite necklace on our hero to weaken him, before he inevitably escapes. Otherwise, Superman just flies around averting natural disasters and getting the occasional cat out of the tree. The movie was designed to make you believe a man could fly, not to make you believe a man could throw a super punch.

Superman II, in contrast, is all about the super punches. The villains here are three criminals from Superman’s own home planet of Krypton: General Zod (Terence Stamp), Ursa, (Sarah Douglas), and Non (Jack O’Halloran). The three bad guys were exiled from Krypton before it exploded and imprisoned in the Phantom Zone. They’re released when Superman disposes of a terrorist group’s hydrogen bomb in deep space.

Once he’s on Earth infused with power by the yellow sun, Zod starts doing exactly what you’d expect him to do if you watched a lot of contemporary superhero movies. He determines to conquer the world, and starts by torturing and murdering some random humans to show how evil he is. Zod also rants and demands everyone kneel before him. He could almost be Loki in The Avengers, minus the big horns.

Most importantly, Zod and crew fight superbattles. They toss around sheriffs, throw busses, and knock helicopters into buildings so everything explodes in a satisfyingly dramatic fashion. By today’s standards, these fights look fairly chintzy. In one sequence, Superman and Non fight underground in the sewers so the battle can be portrayed by the ground rumbling and booming, without any expensive additional visuals. Still, the good guys and bad guys do punch each other through a building or two, and the villains shoot Superman with heat beams until he glows red hot. The spirit of mayhem is willing, even if the FX are (charmingly) weak.

Superman II is also more up to date than Superman simply because the quintessential superhero movie now is the sequel. The two Superman films do not construct the kind of multi-character, decade-long story arcs we’ve come to expect from the MCU. But both were initially shot together, and the cast overlaps with a gratuitous, fan service wink, reminiscent of Iron Man popping up in a Spider-Man movie, or Wonder Woman doing a cameo in Batman vs. Superman. Hackman’s Lex Luthor, most notably, spouts his garrulous boats into Zod’s confused mug, until the supervillain is forced to ask, “Why do you say this to me when you know I will kill you for it?” The answer is the now familiar logic of the team-up. Fans love to see characters come back, and so Luthor comes back, in defiance of logic, plot and Zod.

Not everything in a four-decade-old film is going to seem equally prescient. Quippy jokes are as in fashion as ever: Non figuring out how to use his heat vision, or Lois Lane chanting “Pulitzer Prize!” to encourage herself as she climbs the Eiffel Tower would still work in today’s super-scripts. Superman II‘s major subplot is a bit shakier though. Lois discovers that Clark is really Superman, and then he gives up his powers so he can have a relationship with her. Why can’t he just keep his powers and have a girlfriend too? Ant-Man and the Wasp may have romantic complications, but they’re able to have a better work-life balance than that.

Despite such blips the superhero movie of 2020 is still very much in evidence in the superhero movie of 1980, and vice versa. Firsts are firsts, but it’s when you do it the second time that you know it wasn’t an accident. Superman took off. Superman II showed how to make taking off a routine. So when you watch your next MCU crossover extravaganza, take a minute to bow your head, not to Superman, but to his evil double, Zod.

Superman II is available to stream on DC Universe. 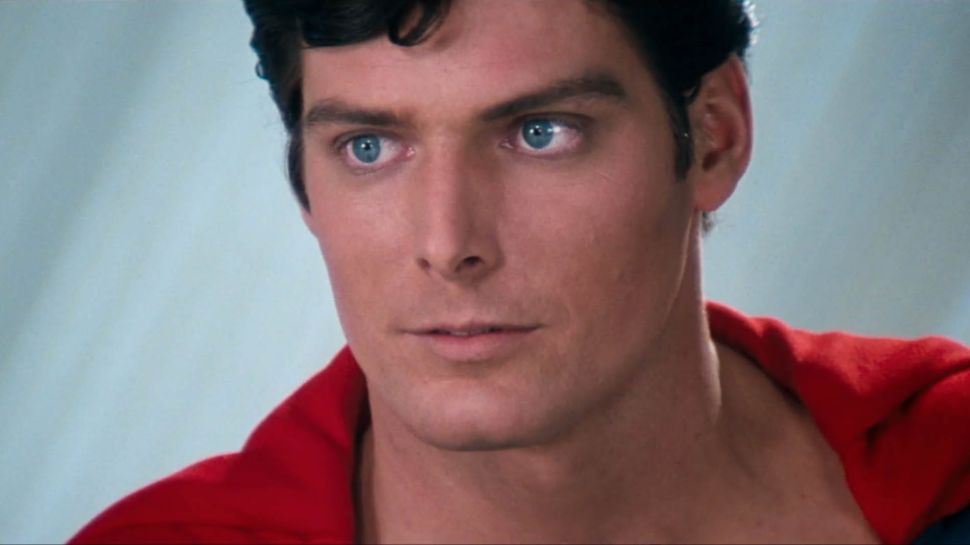