Over the last 20 years, Hollywood has been steadily drifting away from original concepts and star-driven vehicles in favor of familiar, pre-existing franchise material as a result of shifting audience preferences. For example, Cast Away was the fourth highest-grossing movie in 2000; last year it was the Marvel Cinematic Universe sequel/epilogue Spider-Man: Far From Home. Notice the difference? This transition arguably came to a head in the last two weeks as WarnerMedia and Disney made headlines for their mammoth, industry-shaking announcements. Change typically comes in waves; in 2020, it’s a stampede.

Warner Bros. will release its entire 2021 theatrical slate on HBO Max while Disney announced more than 50 new beefy branded projects arriving in the next couple years. The moves of both conglomerates have reignited debates about Hollywood’s emphasis on blockbuster material in favor of smaller, more personal stories. Superheroes, aliens, Jedi and dinosaurs provide endless hours of entertainment and fun. But audiences also crave everyday tales about relatable people and films that reflect their own lives and internal struggles.

Despite the avalanche of IP that has descended upon the entertainment industry over the last two decades (and two weeks), these types of stories are still being told with exquisite ability. Here are seven of them from this year alone.

Director Eliza Hittman delivers the story of a teenage girl attempting to get an abortion as not just an earnest and emotional struggle that millions of young women face everyday, but also as a searing and dramatic indictment of the very institutions that are meant to provide support. It’s an adamantly all-or-nothing sense of tension and drama despite our young protagonist’s devastatingly uncertain journey. Coming-of-age hardly does the tale justice; there is certainly “intent” behind the timing of the film, as its producers told Observer earlier this year.

Breakout star Sidney Flanigan will floor you in her first major feature role as her character attempts to circumnavigate a culture that is determined to take control of a woman’s body in more ways than one. The film is an exhausting journey with several side-chapters meant to further drain you. But it all adds up to a monumental display of strength that extends beyond the four corners of the film we thought we were watching. Watch it on HBO Max.

One Night in Miami, written by Soul co-director and writer Kemp Powers, is an astounding feature directorial debut for Oscar-winning actress Regina King. There’s not a false note to be found in this film, which serves as a philosophical debate about the differing approaches taken by Black icons Malcolm X, Cassius Clay, Sam Cooke and Jim Brown during the Civil Rights struggle. One Night in Miami, which is based on a stage play of the same name, is a sterling display of pure dialogue-driven storytelling that reveals varying and occasionally conflicting mindsets and beliefs among its star-studded characters, yet a common goal that unites them. King reveals an innate ability to allow the audience feel the weight of powerful words without disruption or transfusion.

The entire cast sings but it is Kingsley Ben-Adir (Malcolm X) and Leslie Odom Jr. (Sam Cooke) who will be showered with awards attention when the time comes. King should be squarely in the conversation as well. Out in wide release December 25.

Star Riz Ahmed has been stealing scenes for years, but Sound of Metal is the star-making feature vehicle we’ve been waiting for. Director Darius Marder creates an entirely new world for both the actor and the audience as Ahmed’s drummer Ruben suddenly loses his hearing, creating a barrier most of us are never forced to navigate through. The film’s technical achievements are obvious and stunning—the sound design is unlike anything you’ve experienced in cinema before. But the emotionality of the film manages to match those same heights.

Sound of Metal is represents a community rarely seen in full, brought to life with a passionate display of finding one’s own inner strength amid myriad of challenges. Watch it on Amazon.

We’re on record with our love for the nihilistic, joyous, funny, and surprisingly poignant Groundhog Day-esque romcom Palm Springs. The film follows the jaded and carefree Nyles and the underachieving Sarah as they relive the same day (Sarah’s sister’s wedding!) over and over. Let the hi-jinx ensure.

Palm Springs would be enjoyable enough on the strength of Andy Samberg and Cristin Milioti alone even if it were just a blatant Groundhog Day ripoff. But the film manages to infuse entirely fresh life lessons amid the laughs, reminders of gratitude, and one helluva great dance routine. Watch it on Hulu.

On the Rocks may not possess the same emotional or thematic heft as the rest of Sofia Coppola’s eclectic filmography, but that doesn’t mean it isn’t worthwhile. In lieu of all-encompassing truths of the universe, Coppola instead focuses on the breezy interplay between perfectly casted father (Bill Murray) and daughter (Rashida Jones). On the Rocks is an endearing reimagining of adulthood complete with entertaining antic-based humor and refreshingly modest stakes. The world isn’t in peril, just one couple’s marriage. Watch it on Apple TV+.

An artist’s life is often a complicated journey with the proverbial ups and downs hardly encapsulating the entirety of the picture. But as a snapshot, The Forty-Year-Old Version is a wonderfully electric entry point. The film follows a struggling New York City playwright who finds inspiration by reinventing herself as a rapper. Writer, director, and star Radha Blank is a force in her feature debut and a unique voice you’ll immediately want to hear more from (both on the mic and on the screen).

Importantly, The Forty-Year-Old Version not a watered down Hollywood success story of rags to riches. Far from it. It’s a tale of self-discovery spurred by the provincial gatekeepers of the arts and entertainment world. Its humor is derived from honesty, its rhythmic lyricism from the roots of hip-hop. It’s a vivid life story more worthy of your attention than any formulaic biopic of recent memory. Watch it on Netflix.

Speaking of franchise entertainment, filmmaker Chloé Zhao will deliver Marvel’s Eternals next November. Before then, however, is the radically human Nomadland, which follows a widower (Frances McDormand) who embarks on a journey through the American West after losing everything during the recession.

Nomadland is a simple, elegant, and moving film with intentionally small stakes and focus. Yet despite its central occupying force, the movie doubles as a message to society writ large. We are here for each other, in good times and bad; we are each other’s anchors. It’s a remarkably well put-together feature that feels painstakingly authentic despite its fictionalized narrative. McDormand is a screen commander as always and Zhao allows the luscious open air midwest to tell its own story. Humanist, existential, grounded and introspective—Nomadland is a soft story with loud thoughts. Not yet available to stream. 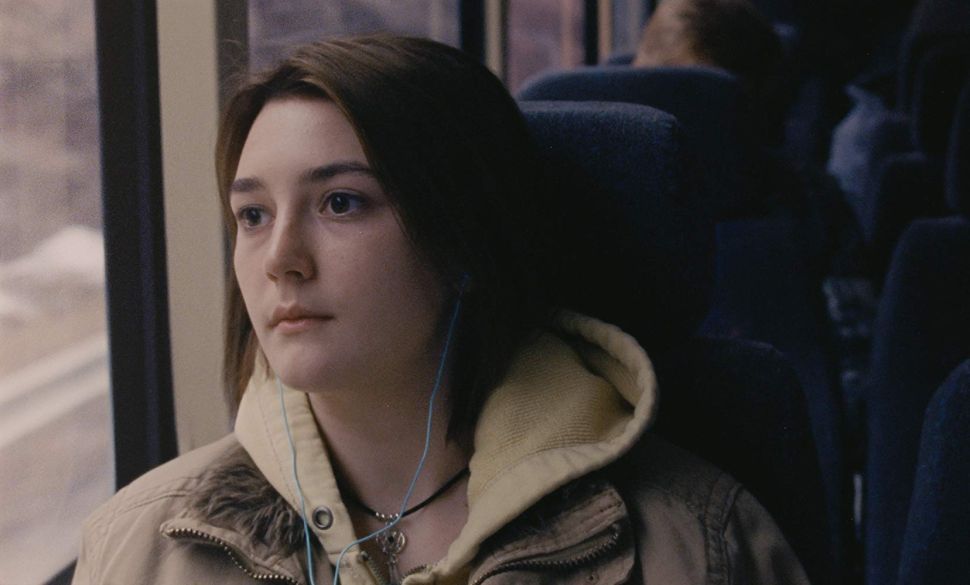