Star Wars has always been a franchise about duality—the Dark Side vs the Light, good vs. evil. But despite the franchise’s binary nature, it has also always contained multitudes. Good and evil are simple, easily identifiable constructs yet the characters that represent both are constantly shifting and adapting their moral centers. A fall from grace, a clawing attempt at redemption, self-awakenings, self-sacrifice. Star Wars is never just one thing.

The same holds true for The Mandalorian, the massively popular live-action series that has single-handedly powered Disney+ to industry-shifting success. From week to week, The Mandalorian can vacillate between thinly sketched and outdated episodic side quests with no real capability for overarching plot or character and an over reliance on familiar fan service, to the most scintillating and purified blockbuster Star Wars action arguably ever put to screen. I’m on record as struggling with my fandom throughout the show’s run, often criticizing its potential-capping sequential format while still reveling in the back half of Season 2, easily the most breathtaking stretch of kinetic entertainment of 2020. It thrills me, and it disappoints me. Like Darth Vader’s inner turmoil in Return of the Jedi, Friday’s finale, “The Rescue,” is the perfect encapsulation of my inner conflict when it comes to The Mandalorian.

The rest of this post contains huge spoilers for “The Rescue,” the second season finale of The Mandalorian.

The conversation about this finale starts and ends with the return of a de-aged Mark Hamill as Luke Skywalker laying waste to a platoon of Darktroopers, saving our heroes, and taking Grogu to train as a Jedi (while setting up the third season and beyond). His appearance is at once both thrilling beyond measure for any Star Wars fans and a disappointing crutch for The Mandalorian itself.

Narratively, the show set this up when Grogu reached out through the Force atop the Seeing Stone in “The Tragedy,” so it makes sense that Luke would show up here. We know he’s actively recruiting Force-sensitive beings at this point in the Star Wars timeline to rebuild the Jedi Order. His reintroduction and subsequent carnage are a sight to behold—a Luke Skywalker in complete command of his power. The Jedi master unleashed in modern battle mode is like watching your favorite pitcher throw a perfect game, bottling excellence and suspending it in time for a brief moment. Luke’s badassery here is reminiscent of Vader’s brand-repairing action scene at the end of Rogue One.

MORE: Where Does ‘The Mandalorian’ Go After That Explosive Finale?

And yet, introducing Luke—the central figure of Star Wars looming over every single story set in this universe—sucks all of the oxygen out of the room (though the finale was a bit ho-hum until he shows up). There’s a reason The Force Awakens kept him on the sidelines. The iconic character casts an immense shadow and every other plot line and being captured in his orbit feels small and meaningless by comparison. I want The Mandalorian to stand on its own, especially after a season of fantastically fun cameos that nonetheless amounted to backdoor pilots for other series (including The Book of Boba Fett teased after the credits). The show is so busy setting up an empire of Disney+ series and harkening back to the Golden Age that it can lose sight of its own narrative from time to time. Luke’s cameo is amazing and also shrinks the galaxy far, far away into something smaller and less exciting; two things can be true at once.

It’s better to brush up against the Jedi mythology and greater universe connections, but remain inherently unique amid the backdrop of more than four decades of familiar Star Wars. “The Rescue” makes it clear instead that The Mandalorian is all about that initial jolt of nostalgic electricity. That’s not necessarily a bad thing—half of me went into cardiac arrest when Luke’s green lightsaber first ignited—though it may prevent the series from reaching its ultimate potential. Star Wars is never just one thing, and that extends to the multitudes within The Mandalorian, but the franchise seems intent on looking back even though its best hope is to look forward. Perhaps they’re not mutually exclusive, or perhaps the backlash to films like The Last Jedi has put Lucasfilm on a more conservative path.

The Mandalorian is available to stream on Disney+. 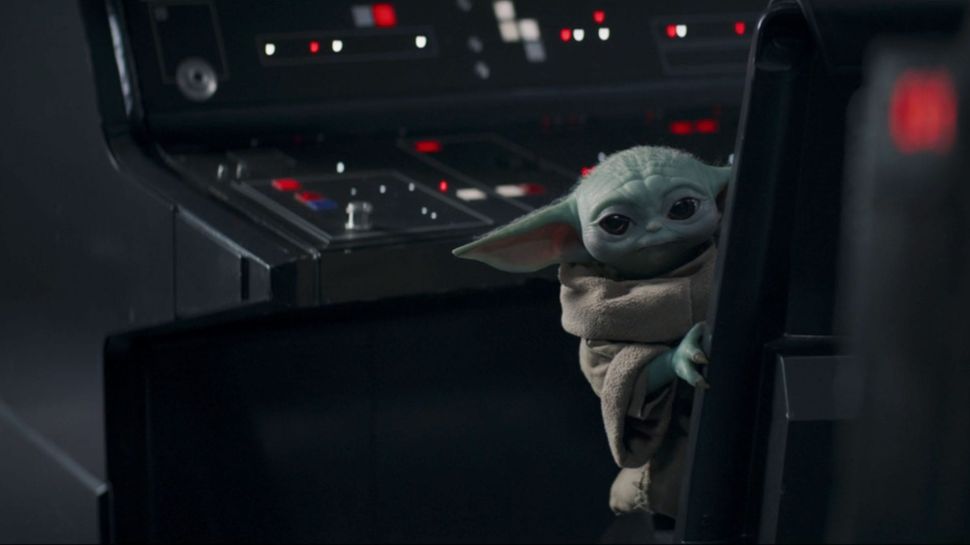