The Nutcracker ballet, famously choreographed by Marius Petipa and Lev Ivanov to the music of Tchaikovsky, was an instant success when it first premiered in St. Petersburg on December 18, 1892. And perhaps because of the enchanting music, or the Christmas tree that magically grows to be larger than life, or maybe because of the dancing sweets that twirl deliciously on their toes, the tradition has remained alive. But after well over a century of seasonal performances, ballet dancers and audiences, like much of the world, find themselves facing an unprecedented disruption of tradition. With theaters closed around the country since March, COVID-19 has made live performances of The Nutcracker a risky endeavor. But that doesn’t mean that dance companies around the country will let this season pass sugarplum-less (for their sake, as much as ours).

SEE ALSO: Jefferson Mays Acts the Dickens Out of ‘A Christmas Carol’

For professional ballet companies, The Nutcracker is a bonafide cash cow. In a survey conducted in 2018, Dance/USA found that Nutcracker ticket sales account for 48 percent of surveyed companies’ overall season revenues. Which means that in 2020, preserving some semblance of this tradition is a financial necessity as much as it is a nostalgic one. So without live performances, ballet companies have scrambled to find creative ways to continue monetizing their most valuable asset. Two of the country’s biggest companies, American Ballet Theatre (ABT) and New York City Ballet (NYCB), have made partnerships with sponsor companies to present short Nutcracker excerpts. ABT teamed up with LG Signature to film an 8K Ultra HD performance of the Sugarplum and Cavalier pas de deux in the High Line Hotel. Featuring principal dancers Isabella Boyleston and James Whiteside performing Alexei Ratmansky’s choreography, the performance can be streamed on YouTube. NYCB had an evening with Sotheby’s featuring new choreography inspired by The Nutcracker, which is also now available on YouTube. NYCB has also made their production of George Balanchine’s The Nutcracker available on Marquee TV with a subscription, and NYCB principal dancer Ashley Bouder appeared as the Sugarplum Fairy in Macy’s Thanksgiving Day Parade.

Commercial collaborations like these definitely keep a company’s name relevant, and certainly help cushion the year’s financial disaster, but many companies are still relying on individual virtual ticket sales for income. Companies like Pacific Northwest Ballet, Pennsylvania Ballet and Houston Ballet are selling tickets to access a stream of recorded past performances. Other companies have taken more creative approaches. The Washington Ballet will be presenting a virtual version of The Nutcracker that they’re calling Clara’s Christmas Eve Dream, to be streamed on Marquee TV. The short film will include newly recorded excerpts of classic Nutcracker dances and will be narrated in both English and Spanish. Miami City Ballet will actually be doing a brief run of live outdoors performances to a socially distanced audience. Brooklyn Ballet will be performing their unique version of The Nutcracker directly from their studios, with audiences able to watch through windows from the street (free to the public).

While many companies are just hoping for the best during this economically excruciating season, ballet schools have a more sentimental void to fill. For many young dancers, The Nutcracker is their first time on stage. It’s an early introduction to performance and a rare opportunity to learn what it feels like to be in a professional production. It’s a hard experience to replicate for excited coming-of-age dancers. Many schools are creating small “movies” of Nutcracker performances. Cobble Hill Ballet in Brooklyn and Maryland Youth Ballet in Bethesda are two schools doing this—filming small groups of socially-distanced, masked dancers performing excerpts from The Nutcracker and editing the clips together. The Rock School for Dance Education in Philadelphia is compiling past recordings from Nutcrackers over the years and making it available online with the purchase of a ticket. The Debbie Allen Dance Academy in Los Angeles was lucky enough to have Netflix recently release a wonderful documentary of their Hot Chocolate Nutcracker. Not quite the same rush as going on stage in costume for the first time, but hopefully some unique memories will still be made and cherished with these pared down experiences.

No COVID-era version of The Nutcracker will ever compare to the joy of attending a live performance, with family and friends in high spirits, and warm hot cocoa at intermission. But The Nutcracker will survive COVID, and ultimately ballet companies and schools will too. So for now, we spend a year waiting, watching twirling candy canes and toy soldiers fighting evil mice from our TVs or perhaps even outdoors, and maybe feel grateful to have any semblance of tradition in a year with so little of it left. 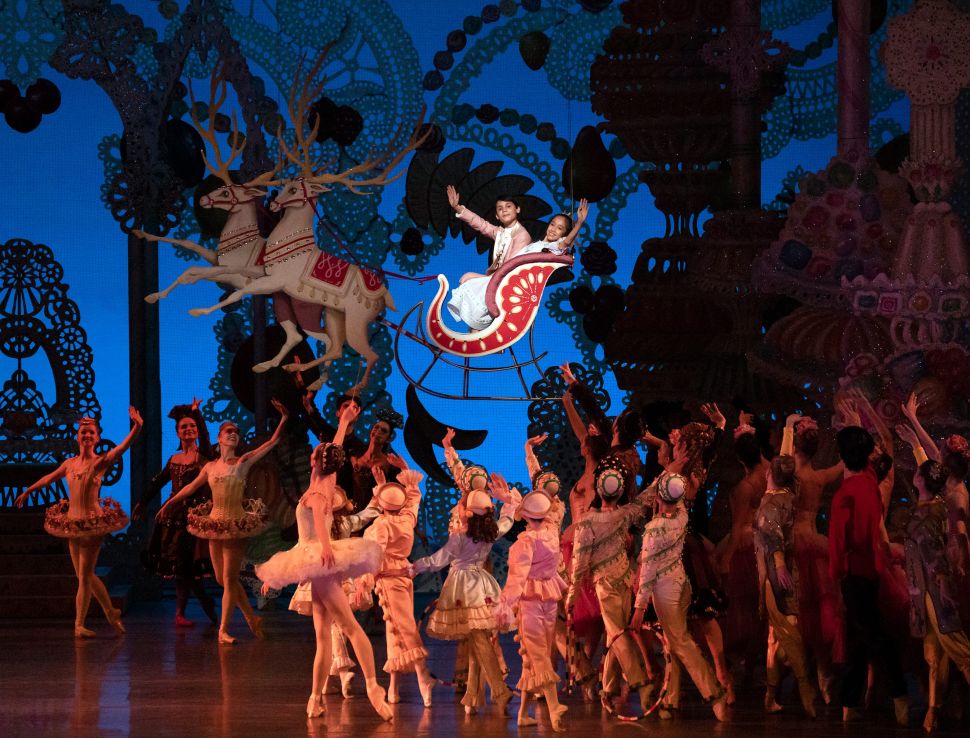