The automobile world is going electric quickly—with technological advances that make electric vehicles cheaper by the day and regulators around the world pushing for a blanket ban of gasoline vehicles. But the boss of the world’s largest automaker isn’t buying the hype. “The current business model of the car industry is going to collapse,” Toyota president Akio Toyoda warned, if the industry shifts to EV too hastily.

At a news conference on Thursday, Toyoda, the grandson of the automaker’s founder, Kiichiro Toyoda, said Japan would run out of electricity in the summer if all cars were running on electric power. The infrastructure needed to support a 100 percent EV fleet would cost Japan between 14 trillion and 37 trillion yen ($135 billion to $358 billion), he estimated. And most of the country’s electricity is generated by burning coal and natural gas, anyway, so it’s not necessarily helping the environment.

“The more EVs we build, the worse carbon dioxide gets…When politicians are out there saying, ‘Let’s get rid of all cars using gasoline,’ do they understand this?” Toyoda said at the event as chairman of the Japan Automobile Manufacturers Association.

His comments came just weeks after the Japanese government teased a plan to ban the sale of new gas cars starting in 2035, mirroring similar moves by the British government and the state of California recently.

Toyota is a leader in hybrid gas-electric cars, which will still be allowed under the government’s plan. But the company doesn’t have a fully electric vehicle for the mass market just yet. During Toyota’s third-quarter earnings call last month, Toyoda generously praised Tesla’s leadership in the battery EV sector, saying there’ a lot his company can learn from Elon Musk. Yet, he’s confident that Toyota will win out in the long term with its robust and diverse product mix.

Despite Toyoda’s apparent dislike for aggressive EV transition, his company is investing heavily in this very effort. Toyota plans to invest more than $13 billion in electrification over the next ten years as the company targets sales of 4.5 million hybrid cars and one million fully electric vehicles a year by 2030 or sooner.

Right now, electric cars are still significantly more expensive than comparable gasoline-powered vehicles. But the gap is narrowing rapidly. According to a new report on Wednesday by Bloomberg’ energy research branch, BloombergNEF (New Energy Finance), the market average price per kilowatt-hour (kwH) for battery EVs is expected to drop to $101 in 2023, nearing the key $100 per kwH  threshold that experts believe would allow EVs to be priced the same as their gas counterparts.

The report notes that the battery packs of buses in China have already dipped below the $100-per-kWh price point.

The Bloomberg report predicts that, with battery technology breakthroughs, such as the widespread adoption of solid-state electrolytes (not used in lithium-ion batteries today), price per kwH could fall further to as low as $58 per kwH by 2030, making EVs up to 40 percent cheaper than comparable gas cars. 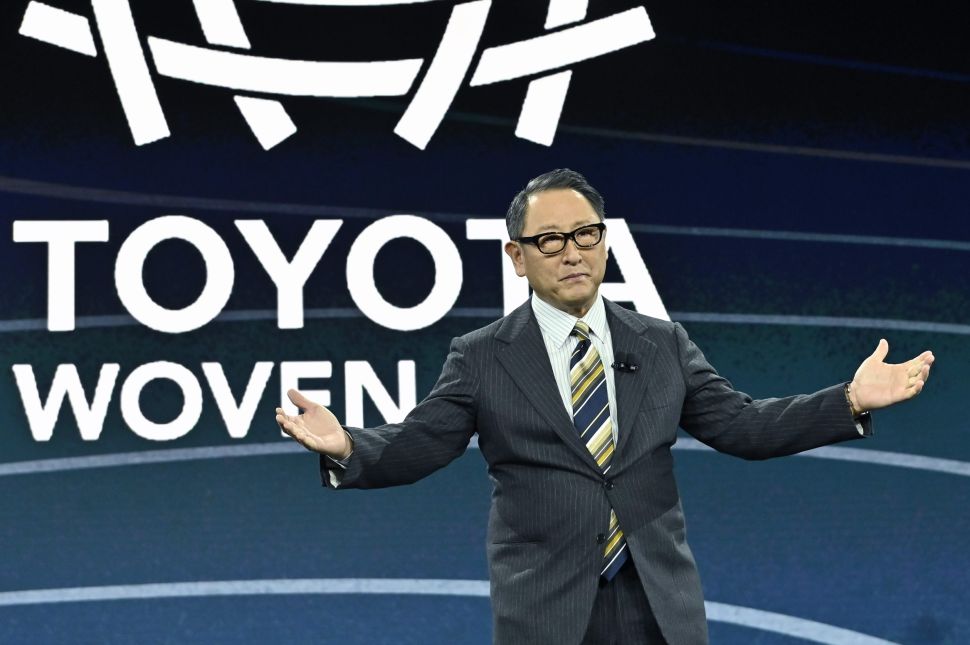