One day after Moderna’s COVID-19 vaccine was authorized for emergency use in the U.S., a new mutation of the coronavirus was found to be spreading out of control in London and surrounding areas. On Thursday, U.K. Prime Minister Boris Johnson said that the new viral strain had been shown to be 70 percent more contagious than other variants.

Although British officials said this variant had been detected in several other countries as well and that there’s no reason to believe that it would cause more serious illness, the news sent countries around the world to impose new travel restrictions against Britain.

Within hours of Johnson’s speech, Austria, Belgium, Bulgaria, France, Germany, Ireland, Italy and the Netherlands all rushed to suspend flights to and from the U.K. France on Monday imposed a 48-hour suspension of freight transit across the English Channel, cutting off a critical trade route between Britain and the continent.

The U.S. is a notable exception. Officials with the federal government’s Operation Warp Speed said Sunday the U.S. won’t follow the example of European countries and Canada to close borders with the U.K., because there’s no “need to do that yet,” Brett Giroir, the chief U.S. official overseeing coronavirus testing, said on ABC’s The Week.

Operation Warp Speed’s chief advisor Moncef Slaoui said his team “don’t know yet” if the new variant is present in the U.S., but he said it’s unlikely to be resistant to the vaccines available. “Up to now, I don’t think there has been a single variant that would be resistant to the vaccine,” Slaoui told CNN. ‘We can’t exclude it, but it’s not there now, and this particular variant in the UK, I think, is very unlikely to escape vaccine immunity.”

Viral mutations are not surprising. Since the COVID-19 outbreak, researchers have recorded almost 4,000 modifications in the genetic material of the coronavirus, and there’s no indication that the new variant is “overcoming England,” Giroir said. “I read the British medical journals this morning. It’s up to 20 percent of cases in one county, aside from that it is very low and we don’t know that it is more dangerous,” Giroir said.

But scientists have never seen the virus acquire more than a dozen mutations at once, as with the case of the British variant. The strain, which goes by the name B.1.1.7, appears to have acquired 17 mutations all at once. Researchers believe that it happened during a long infection of a single patient that allowed the virus to go through a period of fast evolution.

Two of the 17 mutations are particularly worrisome, Andrew Rambaut, a molecular evolutionary biologist at the University of Edinburgh, told Science magazine. One, called N501Y, has been shown to increase the virus’ ability to enter human cells. The other, named 69-70del, leads to the loss of amino acids in the spike protein on the viral surface. The mutation has been found in viruses that eluded the immune response in some patients.

Scientists agree that more research is needed to determine the variant’s threat. The estimate of the new strain’s high transmissibility is based on modeling and has not been confirmed by lab experiments, said Muge Cevik, a scientific adviser to the British government and an infectious disease expert at the University of St. Andrews in Scotland, told The New York Times on Monday. 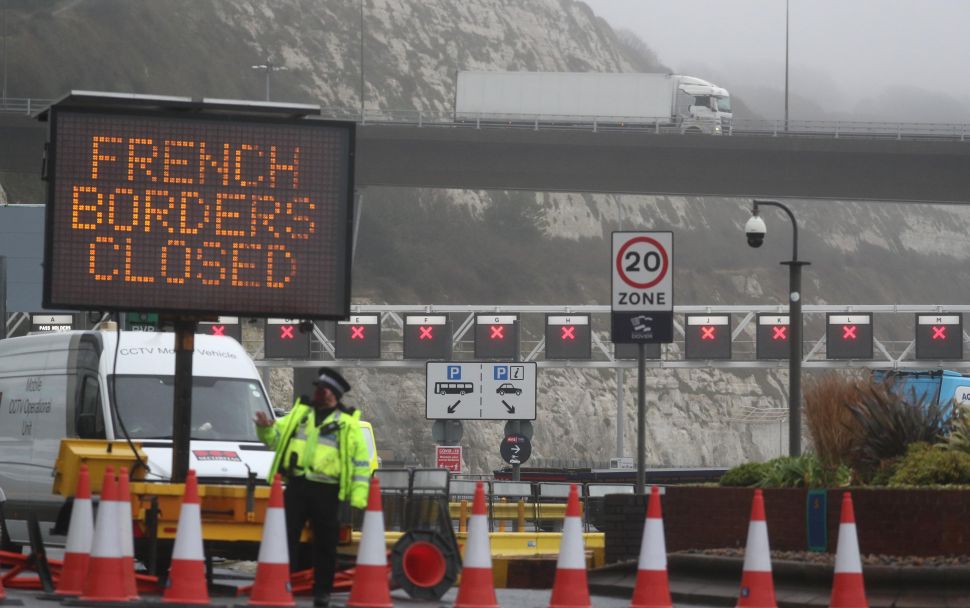