British billionaire Richard Branson‘s space tourism company, Virgin Galactic, has garnered a lot of attention ahead of its first human spaceflight from New Mexico this week. But elsewhere in his Virgin empire, the COVID-19 pandemic continues to threaten the cash position of Branson’s various travel businesses.

Virgin Group’s flagship airline, Virgin Atlantic, which filed for bankruptcy protection in the U.S. in August, is seeking up to $93 million (£70 million) to pay off maturing debt and fund a restructuring plan by uploading two Boeing 787 Dreamliner aircraft.

Virgin Atlantic has a fleet of 17 Boeing 787 planes. Two of them will be sold and leased back to Griffin Global Asset Management, an aircraft lessor backed by private equity giant Bain Capital, According to the U.K.’s Sky News.

Sky’s sources said the proceeds would be used to pay off part of a $170 million debt to U.S. hedge fund Davidson Kempner Capital Management. Virgin Atlantic borrowed the fund earlier this year to maintain solvency when air travel was suddenly ground to a halt by COVID-19.

Virgin Atlantic believes the cash boost will help it enter 2021 on a strong note, after seeing strong yearend cargo business and rising demand for 2021 travel.

“This financing opportunity, regarding two of our 787s, allows us to pay down debt and improve our cash position going into 2021,” a company spokesperson said in a statement. “We are confident that Virgin Atlantic will emerge from the COVID-19 crisis a sustainably profitable airline, with a healthy balance sheet.”

Bain is an old partner of Branson’s and has deepened its ties with Virgin Group since the coronavirus outbreak. In September, the private equity firm took control of Virgin Australia  following a financial restructuring. (Virgin Group now owns 5 percent of the airline, while Bain owns 95 percent.)  It is also a shareholder in Branson’s cruise venture, Virgin Voyages, which is also struggling.

The Scarlet Lady, originally scheduled to sail off from Miami to the Caribbean in October this year, has now been pushed back to May 2021. And Valiant Lady will cancel its debut in Europe next year and instead launch service in the Caribbean in November 2021.

Guests who have booked trips on either ship are given the option to rebook or request a full refund.

The delays imply Virgin’s revised estimate of travel recovery in 2021. “As we look toward 2021, we’re all beginning to see a very bright light at the end of the tunnel,” Virgin Voyages said in an announcement. “In anticipation of the spring, travelers will look to make plans and finally take that much-delayed vacation, making up for missed moments during 2020.” 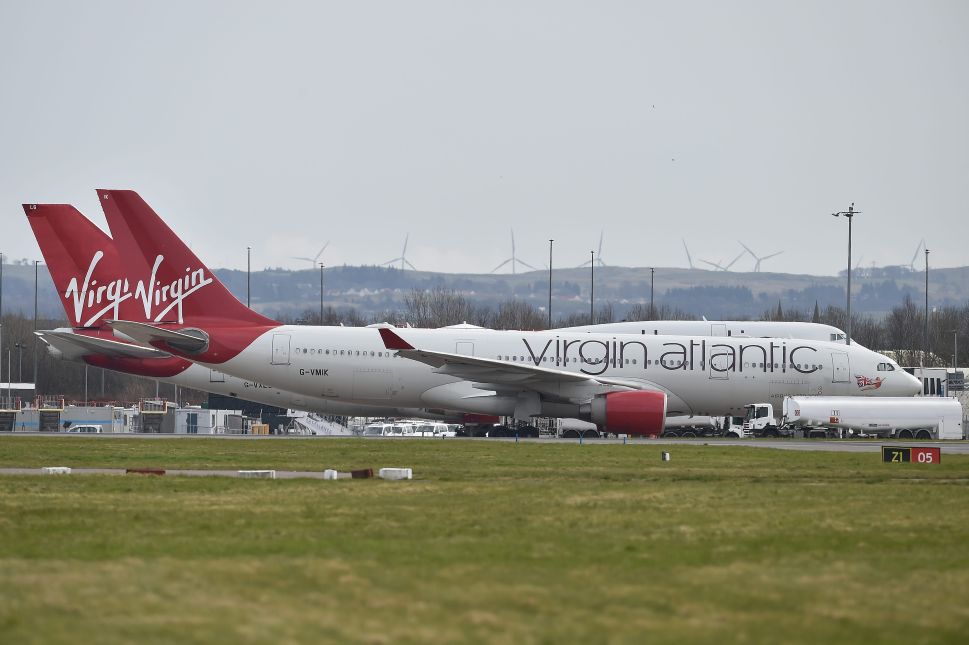