There’s a brief scene in Wonder Woman 1984 that serves as a microcosm for the film. Shortly after meeting for the first time, our hero Diana (Gal Gadot) agrees to get dinner with a new colleague, the hopelessly awkward and overlooked Barbara Minerva (Kristin Wiig). She’s a bruised woman exhausted by never truly being seen in life. As the two leave the office, we suddenly cut to them laughing at dinner. Diana tells Barbara how funny she is, how she envies how personable and free she comes across, yet the audience hasn’t been given any glimpse of that. We don’t see Diana and Barbara bond (a mystery at work pulls them into the same orbit) nor why Diana feels a kinship towards her seemingly out of thin air. It’s a shortcut taken to establish their dynamic.

Much of Wonder Woman 1984 unfortunately feels like a short cut. MacGuffins pushing the plot along, trite contrivances stitching together disparate threads, dialogue that should have been kept in the ’80s. The film’s commentary on the excess of humanity—our yearning and desire for more self-indulgent luxuries and personal enrichment—is effective. But whereas fellow sequel Captain America: The Winter Soldier managed to modernize our hero’s lovably hokey earnestness, 1984 overestimates the power and runway of Diana’s optimism.

Yet the film’s saving grace is the sheer force of chemistry between Gadot and returning co-star Chris Pine, who reprises his role as Steve Trevor from 2017’s Wonder Woman. We won’t spoil the anti-climactic manner in which Steve seemingly returns from the dead, but we’re glad he’s here.

On-screen romances are a staple of the blockbuster genre, yet they often feel devoid of any real passion and significance. Rachel was merely cannon fodder in Christopher Nolan’s Dark Knight trilogy to the point that a casting change between films barely registered. Tony Stark’s relationship with Pepper Potts is sweet as can be, but hardly bringing the heat. It’s hard to remember the last time Will Smith was given an honest-to-god love interest. Typically, blockbuster couplings are mere plot functions meant to endear our main characters to the audience, humanizing them with relatable stakes. Yet Gadot and Pine are nothing short of electric together, easily outclassing their romantic compatriots with a truly palpable love. You can actually feel the connection between their characters.

It’s in the way Steve believes in what Diana represents to the world, valuing her potential above all else, even his own life. It’s in their familiar pillow talk, affectionately agreeing to stay in bed together forever and never leave. It’s in Pine’s wry smile and the barely audible tremble in his voice when they first reunite. It’s in Gadot’s big brown eyes, soulful gemstones that look into Pine’s, not through them.

Filmmaker Patty Jenkins cleverly flips the script from the previous film by positioning Steve as the fish-out-of- in the 1980s and Diana as his guide through the world. This provides ample comedy but also a shifting dynamic between the two across films. As with any relationship, people and circumstances change, and both partners must learn to adapt. That’s the case here, it just so happens to be a bit more supernatural. What their bond has given to Diana, and what it has kept her from experiencing over the last 70 years, is the strongest aspect of the film.

The movie feels cluttered and forced when they’re not on screen. Pedro Pascal hams it up as the cartoonish Maxwell Lord and Wiig brings every ounce of believability to Cheetah. But either character could have easily anchored the film on their own. Cross-cutting between them ultimately short-changes both of their journeys.

Any screenwriting manual will tell you that liking the people we go on a cinematic journey with is the first and most important step into drawing us into the story. The leg work of the original film and the dynamic between Gadot and Pine help to sell the more undercooked elements of Wonder Woman 1984, at last for a little while. There hasn’t been a comic book couple with this much blockbuster chemistry since Christopher Reeve’s Superman and Margot Kidder’s Lois Lane.  They’re that good together, providing a quality these sanitized mainstream features often lack: romance. Not just in the relationship sense, but as a complementary attribute to Diana’s inherent goodness. 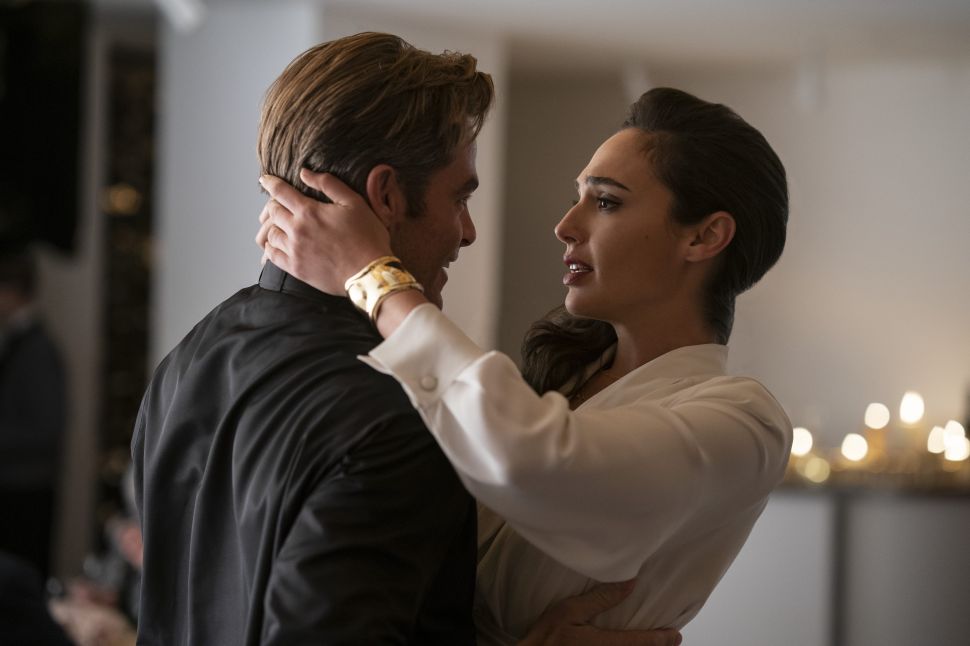