Alana Hunt, an artist and writer based in Miriwoong country in the north-west of Australia, first visited Indian administered Kashmir in 2009 when she was studying at Jawaharlal Nehru University (JNU) in New Delhi. She initially came to New Delhi in early 2008 on an artist residency and gradually heard of Kashmir through books, films and people she met. After she visited the valley again in 2010, there was a civilian uprising against the Indian state after a 17-year-old Tufail Ahmad Mattoo was killed by government forces while returning home from school. That summer more than 120 civilians were killed when Indian forces fired bullets, pellets and tear gas shells to quell large-scale, anti-state protests that spread across the region.

Cups of nun chai by Alana Hunt, now a decade long iterative artwork, emerged in 2010 in response to this loss of life. Unfolding through conversations over nun chai with 118 people of different backgrounds in Australia, India and Kashmir, at its core the work is a memorial for the loss of 118 lives —many of them young people in their early twenties and thirties.

“When the protests engulfed Kashmir in mid-2010, I had just returned to Australia after an absence of almost three years. No one I spoke to in Australia knew anything about what was taking place in Kashmir,” Alana told Observer, “That gaping silence, that lack of awareness, that huge sense of indifference that I encountered upon returning to Australia was critical in shaping the work, and its various forms of circulation over the last decade—as conversation, website, newspaper serial, exhibition and now the book.”

Cups of nun chai was recently published by Yaarbal Books, a New Delhi based independent publishing house. Hunt describes Cups of nun chai, which wrestles with ideas of state violence, power and loss in Kashmir, drawing connections with global currents of the same, as “an archive of small moments, marking each loss and moving against the normalization of political violence and death.” Between more than 300 pages, Cups of nun chai captures the social, political and human rights situation in Kashmir through individual experiences, sentiments and memories – all shared via conversations over 118 cups of nun chai, and then written up from the artist’s memory.

“Representations of Kashmir often swing like a pendulum between a heavenly abode and a place ravaged by war. In my work I’ve always tried to evade this binary; to go into complex spaces in lateral and oblique ways.” Hunt says, “The gesture of holding each cup of nun chai acts as an accumulating allegory of care in the face of what is otherwise, a very brutal situation. It offers a kind of potentiality. But within the work, there is also an evidentiary current that highlights the absurdity of the state’s violence in Kashmir—both militaristic and bureaucratic.”

Consider the 87th cup of nun chai the artist shared on May 7, 2012, with a local resident of the mountainous region of Nainital, a popular hill station in the Indian state of Uttarakhand: “While the work is not about tea, nun chai is the anchor. It is a catalyst. It provides flavor. It helps to hold space and time in place. Nun chai is symbolic, yet also material. It accumulates. It grows memories. It ties everything together. Drinking and speaking with these cups of nun chai is entwined with a refusal to accept, a refusal to be silent and a refusal to forget the injustice of the summer of 2010.”

During the 115th cup of nun chai shared with a university professor in Srinagar city on July 29, 2012, she was handed over a document written in Urdu. “I’m sorry, I know you can’t read it. But it is important that non-English speaking people in Kashmir are able to access this kind of information. This is a document my student has been preparing for quite some time. It is a list of everyone who died here in 2010. And how they died,” the professor told her as he gave her another booklet in English. “You can read this one, it is also about the summer of 2010,” he said between sips of nun chai. “But keep in mind, it was produced by the Indian establishment, and it needs to be read in light of that.”

The 64th and 65th cups of nun chai she had on October 15, 2011, with Maggie and her husband Gary in Western Australia, draw parallels between the denials of people’s rights in Kashmir with the rights of Aboriginal people in Australia.

“The war in Kashmir is loud; while it is undoubtedly complex it is also undeniable. Here the ongoing war of Australia’s colonization moves quietly. Here the heavy arms of colonization are extensive and present, ensuring high levels of suicide and imprisonment, and low life-expectancy for Aboriginal people,” Alana writes, “My friend added that while in Kashmir the state was killing its own citizens, here the state had produced an environment in which Aboriginal people were now killing themselves.”

The book is stained with the distinct pink color of nun chai—the unifying thread. Designed by Itu Chaudhuri Design, alongside the text which is the substantial body of the book, there are three distinct visual components: images of hands holding half-filled and emptied teacups, black and white images of the siege in Kashmir, and fragments of media reports and clippings from the Kashmir based newspaper Kashmir Reader where the artwork was serialized over eleven months from mid-2016, something the artist has described as “an exhibition slipping within the folds of a newspaper.”

In the midst of this serialization, and following a wider crackdown on civil society in Kashmir following the killing of rebel commander Burhan Wani, in October 2016, Kashmir Reader was banned for three months by the state government for its critical reportage. Pointing to this ban, the book also includes an essay by Kashmiri journalist Parvaiz Bukhari, previously an editor at Kashmir Reader, placed within the book to mark the point at which the ban took place. The book concludes with a piece by Kashmiri writer and academic Uzma Falak which helps to carry the work into the present. And an online prelude by Kashmiri writer Arif Ayay Parrey contextualizes the flavor and politics.

Cups of nun chai builds a unique memorial of civilian deaths in Kashmir through which the individual focus carries forth the collective struggle of people. London-based Kashmiri novelist Mirza Waheed describes the book as a “magnificent conversation with Kashmir” – one that will open “new ways of seeing one of the world’s most enduring struggles for freedom and dignity.” 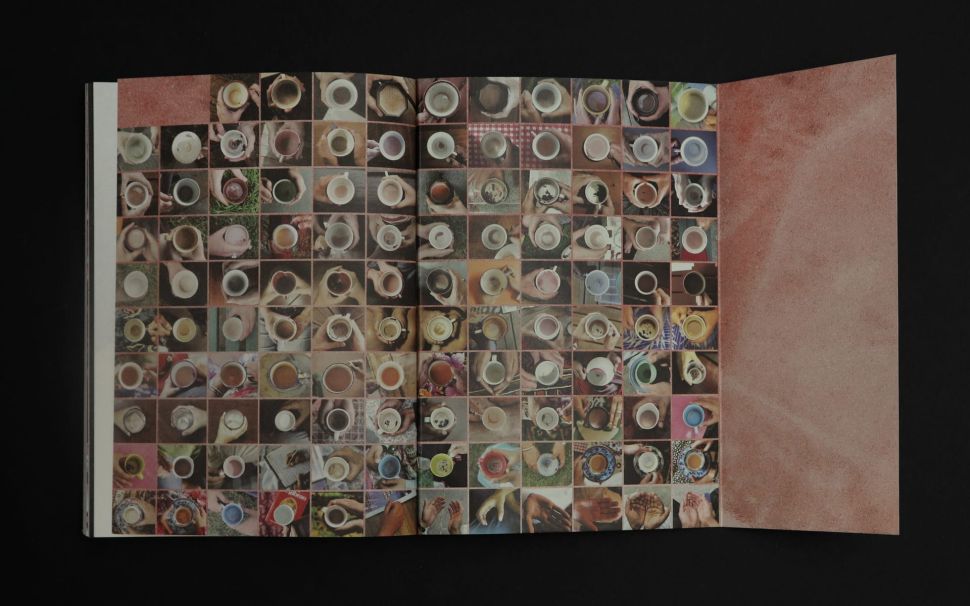