With breakout roles in Freeform’s Shadowhunters and Netflix’s Raising Dion, Alisha Wainwright has quickly established herself as one of the rising stars of the entertainment industry.

Born in Fort Lauderdale, Wainwright briefly got a taste of the camera as a novice child actor and model, but instead of pursuing acting after high school, she decided to study botany at the University of Florida. Upon graduation, she began working for the Smithsonian Tropical Research Institute, which has a research center in the Panama Canal, with the eventual goal of earning a PhD—or so she thought.

“I kind of had an epiphany where I just wasn’t motivated. I looked at my peers and my friends who were completely consumed by their projects, and I didn’t have the same passion,” Wainwright explains in a recent phone interview with Observer. “So, I was like, OK, either I’m going to commit five years to a PhD, or I can take a year off and decide if that’s something I really want to do.’ So, I took a year off and I went and I worked at a winery.”

“[Maggie is] the only person in the movie that is not judgmental, she’s loving and she’s not afraid to tell the truth, whereas many of the other characters in the film just lie through their teeth.”

That experience led her to keep exploring. Having taken an acting class as an elective in college, Wainwright soon relocated to the Bay Area, where she started taking on little gigs as “a side hustle” to pay for her acting classes, and she began to develop a deeper appreciation for the art of acting.

After moving to Los Angeles, Wainwright landed several guest spots on primetime shows like Criminal Minds and Switched at Birth before becoming known as Maia Roberts in the supernatural drama Shadowhunters. Following the show’s cancellation, the 31-year-old actress now plays leading lady Nicole Reese in the critically acclaimed superhero drama Raising Dion, which is expected to return to Netflix for a second season in 2021. And for now, Wainwright can be seen in the new movie Palmer, which debuts on Apple TV+ this weekend.

Directed by Academy Award winner Fisher Stevens, the film tells the story of Eddie Palmer (Justin Timberlake), a former high-school football star who returns to his hometown after spending 12 years in prison. As he attempts to rebuild his life, he develops an unlikely friendship with Sam (Ryder Allen), a 7-year-old who was abandoned by his hard-living mother, as they bond over their shared experience of feeling different from those around him. Wainwright plays Maggie Hayes, Sam’s generous and level-headed teacher who also develops a romance with Palmer.

Observer recently caught up with Wainwright to talk about the immeasurable impact that Shadowhunters has had on her life and career and the unique opportunity to star opposite Timberlake and Allen in Palmer, which can be described as a small production with a big heart.

Observer: It’s fair to say that Shadowhunters will always hold a special place in your heart. What was your favorite memory of being able to shoot that show with such an incredible cast in a diverse city like Toronto?

Alisha Wainwright: One of my favorite aspects of the show was how open everybody was. I had expressed an interest in directing, and without hesitation, the showrunners were like, “OK, why don’t you sit in on all the pre-production meetings during an off episode?” So, in Season 2, I got to see how you even make a show. I encourage an actor, whatever stage you’re in, to do something like that because you have a real appreciation for all the work that goes in before you even step on the set. Having that experience, knowing what it’s like in the art department from hair and makeup concepts and even just conceptualizing the monsters on the show, it just gave me a deep appreciation for the art of TV making.

Obviously, on a character level, there was so much support from the fans, the cast and the writers, and I felt like we had a little family. It was such a humbling experience because I really feel like it was boot camp to learn how TV works, how an ensemble works and how to carry a character from a book that people are obsessed with to a TV show that people can see and love too. Shadowhunters was such a cool experience.

You mentioned that you had a lot of fan support and it felt like a little family, but I think it’s fair to say that it’s a pretty big family considering the number of fans, right?

(Laughs.) Yeah. When the show got canceled, I understand that it was devastating for all of the fan base and for us too, and I’m just glad that it can live on a streamer (Netflix) that people can go back and appreciate and enjoy for what it was.

Take me back to the late summer of 2019 when you first received this script for Palmer. What do you remember from the audition process and what was it about this story that left such a lasting impression on you?

I got the script two days before I started my press tour for Raising Dion, and I read it in one sitting. I could just tell that Cheryl [Guerriero] wrote something from the heart, and when I went to meet Fisher [Stevens], we just clicked, we talked about the film and we talked about the role. I came back from my press tour and he offered me the part, and I was so excited to be a part of this story because the message, the theme and the character-driven storytelling was something that I wanted to be a part of.

You’ve obviously become fairly well-known in the sci-fi genre, but it’s fair to say that Palmer is pretty removed from your past work in the sense that it’s a little more grounded in the real world. Is that part of the reason that you really wanted to take on this new role?

I like to think all of my characters are grounded and the world is something different. So, with Shadowhunters and Raising Dion, yes, the world is heightened and very not like the world you and I live in. But the character herself is a grounded character. So, I never really think of genres like that. I think more like, How does this character move in the world that they’re given?

When I think about Maggie, she is clearly the most grounded person in the whole film. She’s the only person in the movie that is not judgmental, she’s loving and she’s not afraid to tell the truth, whereas many of the other characters in the film just lie through their teeth. I think that was kind of what motivated me to be a part of Maggie’s journey.

Throughout the film, I really liked how Maggie isn’t really treated as a filler character because she has her own backstory. At this stage of your career, would you say that you are looking for opportunities to play more fleshed out characters?

When I got this script, Maggie’s backstory was something Fisher, Cheryl and I developed once I became a part of the project. I think having a collaborative experience with your director and writer is such an invaluable part of the process and something that I would want to look for in other things that I do.

She’s a supporting character—the primary emotions and journeys are happening with Palmer and Sam, but Maggie’s character is not just, in my opinion, a filler character. She comes with her own agenda; she comes with her own backstory. And she makes choices and has opinions. She’s not just there to give Palmer a thumbs up every time he does a good job. When he comes back from a bar fight, she’s not afraid to tell him: “That was really stupid.”

For most of the movie, you got to work with Justin and Ryder as your primary scene partners. What do you think made them fit their respective roles?

I met Ryder when he came in for a chemistry read and he is just hilarious, electric and unforgettable. Honestly, as soon as he came in, he said something and we were just like, “Who is this kid?” (Laughs.) And he left and I was just like, “That is Sam.” I think what I love about Ryder [is] he’s a little kid but he’s willing to learn and he’s a great listener. I have worked with kids a lot, and I can tell you those skills are just valuable for a young person to do good work. And I think through the filming process, he grew a lot, not just as a little boy but as an actor, which is really impressive to see. They’re little workers. (Laughs.)

Justin is so invested in the movie and the story and telling the story and I think what I appreciated was how much of a team player he was. He really let Fisher steer the ship, and I think Justin and Ryder working together, they had such great chemistry that that’s what makes you want to make the movie. You have to believe in this connection with Palmer and Sam to be able to get on board with the movie, so it’s just a pleasure to watch that work and it made my job easier.

Finally, what message do you hope viewers are able to take away from this intimate film about love and acceptance?

I hope people walk away with love in their heart and that they share that love with someone in their life that needs it. I also hope people take away that being different is part of what makes every person a person, and if we were all the same, it would be no fun. (Laughs.) So, recognizing that something different will just become normal is my goal. To me, it already is. But I understand to some people, it might spark interesting conversations or dialogues that go beyond the movie and talk about their personal lives. I’d love for people to think about that once the movie is over.

Palmer is now available to stream on Apple TV+. 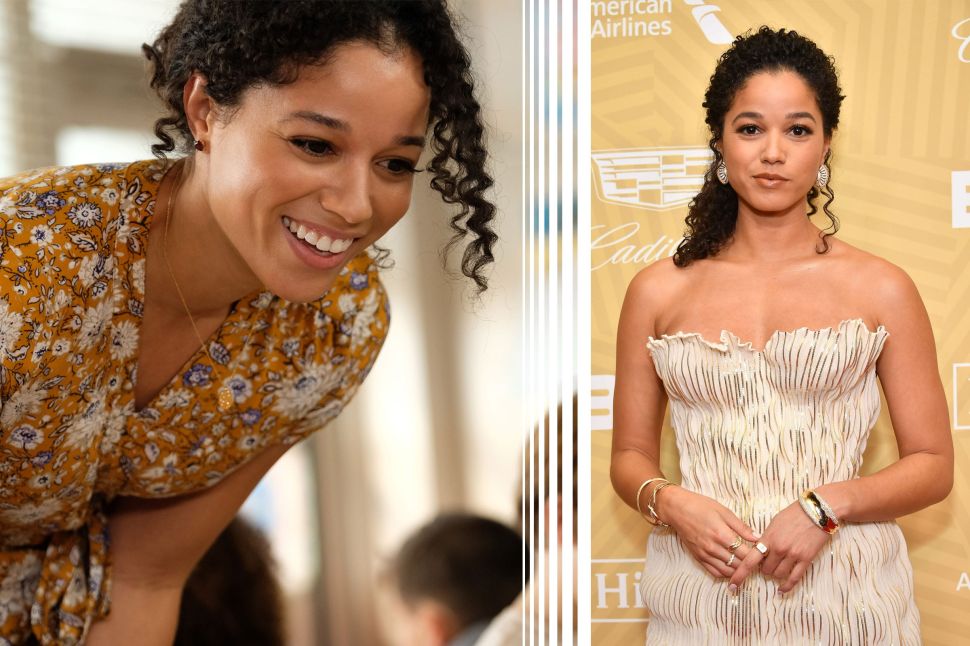