In his introduction to H.D.’s Collected Poems 1912-1944, Louis L. Martz uses an anecdote by William Carlos Williams to demonstrate what Lutz calls H.D.’s “depths of…violently responsive nature.” Williams, who often took walks with H.D. and Ezra Pound through the countryside near her home outside of Philadelphia, explained that, when a storm arose, “We were at the brink of a grassy pasture acing west, quite in the open, and the wind preceding the storm was in our faces. Instead of running or even walking towards a tree, Hilda sat down in the grass at the ends of the hill and let it come. ‘Come, beautiful rain,’ she said, holding out her arms. ‘Beautiful rain, welcome.”

These words instantly place H.D. within her own work, particularly her Sea Garden poems. She becomes the rose that is “caught in the drift,” that is “flung on the sand,” “lifted in the crisp sand that drives in the wind.” This image of H.D. welcoming the wild, which matches so perfectly with her sea rose sent spinning in the wind and sand, also recalls the work of artist Paul Cadmus. In his early work Two Boys on a Beach, two beautiful, partially undressed young men lounge together on a rocky beach. But, as Thomas Craven says in his 1939 A Treasury of American Prints, “In practically all of Cadmus’ work there is a hint of violence – actually taking place, imminent, or latent. Two Boys on a Beach sounds drowsy enough, but the suppressed power of the yawning boy is eloquent of Cadmus’ preoccupation.” Beyond that, the boys themselves, drawn with Cadmus’ typical attention to exaggerated male musculature, look as if they have been carved from the same rocks that line the shore.

In the case of both the poet and the artist, it is this thrusting of their own complex, “problematic” (for their times) personhood out into the elements that contributes most forcefully to their modernity. Their complexity. The bisexual H.D.’s sea rose, cannily both representative of her own femininity yet also rejecting it, is both a part of her poem’s natural world yet also damaged by it. The homosexual Cadmus’ subjects are symbolic of same-sex desire and appear to have recently engaged in some sort of sexual activity. The two boys match their landscape, fitting beautifully into the craggy seaside, yet they are covered in items that do not: one, though nude, reads a newspaper while the other’s yawn sends his own baggy overalls falling further down his semi-nude form. They are of nature yet also removed from it. Behind them, sea grass blows in the wind, as if perhaps the same drift that catches H.D.’s sea rose will claim them as well.

Both “Sea Rose” and “Two Boys on a Beach” take a modernist approach by challenging aesthetic conventions associated with the gender of their subject. In H.D.’s case, the gendered subject is a symbolic but ubiquitous one. Even today, women are so often compared to flowers; their bodies, their demeanor, and their sexuality all attached to a vital – yet, for human purposes, ornamental – part of the natural world. H.D.’s sea rose is, however, not a delicate rose. It is a “harsh rose,” one that is “marred” and “meagre.” And, yes, it is a part of nature, but it doesn’t sit in an English garden waiting to be plucked or clipped. Instead, it takes to the sea, it has “spice” and it “hardens” “acrid fragrance” within its leaves.

Cadmus’ boys are less symbolic, yet they also challenge convention. Though the boys are strong and muscular, they are also full-lipped and long-lashed. One boy lies on his belly, eating an apple – that symbol of feminine curiosity and downfall – with his naked, abundant buttocks vulnerably exposed. As if in feminine repose, his strong legs are crossed at the ankle and his long, male toes pointed up. The other boy, all muscle, lazily sits upon his companion’s rear end, and though his yawning stretch accentuates the masculine etch of his muscles, it also sends his clothing down around his round hip while his wrist bends gently, graceful and curved like a swan’s neck.

Cadmus’ boys have been washed ashore like driftwood, while H.D.’s rose is sent spinning by harsh wind and sand, yet neither are victims here. They shed the victimhood that society pushes upon their kind – the asserting female and the submitting male – and complicate it. A woman can be many things at once: harsh and vulnerable, beautiful and meagre, fragrant and acrid. And so can a man who loves men: he can be strong and gentle, hard and soft.

The final complication H.D. and Cadmus introduce with their work is their incorporation of conventional Christian symbolism. H.D.’s rose could easily be interpreted as Jesus or Mary, particularly as roses have long been associated with Christ’s blood and the Virgin Mother. And the arrangement of Cadmus’ boys can be no mistake, as their gently linked bodies form a cross. Here, both poet and artist challenge the question of who is “acceptable” to Christian eyes and the conventions of what a Godly image must be while also boldly placing their art within the storied history of those artists who have been nourished and championed by the church. While celebrating their own exile from tradition, they also show a mastery over tradition, placing their rebellion as an act of choice rather than one borne from limitation.

As lauded as their work was, H.D. and Paul Cadmus were still outsiders. In their time (and still too frequently in ours), queer people were thought of as unnatural, even in some of the progressive corners of society where these artists roamed. But how could they have been anything but natural – anything but a natural and perfect part of the stone and sand and sea – when their work exposes the hidden connections between human and landscape with such bracing clarity? How could they ever be unnatural when they were the ones to uncover what nature really is? 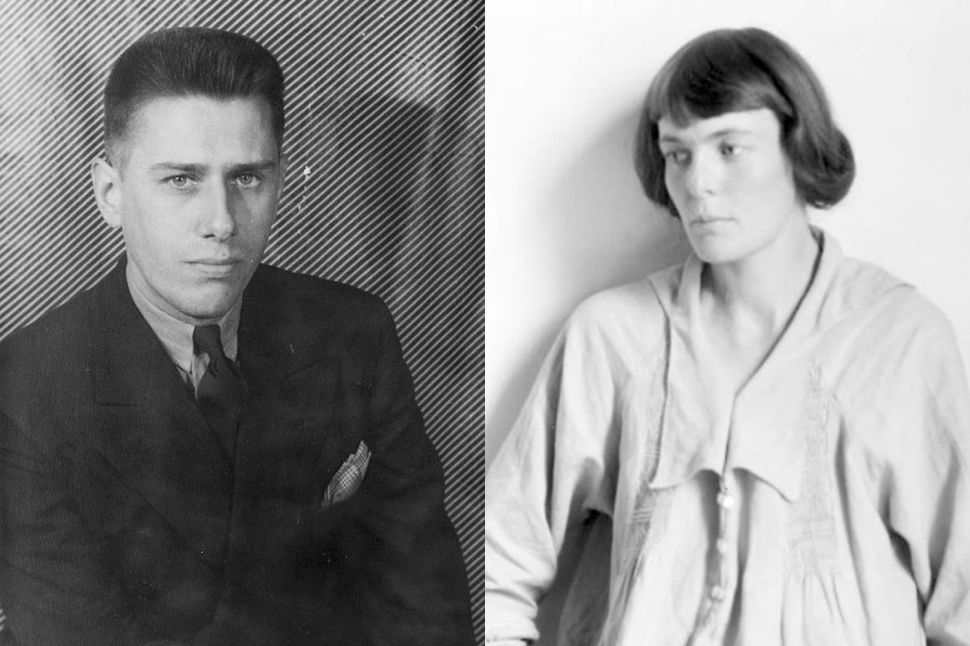