As ESPN’s Matthew Berry always likes to remind us, we can make numbers fit any kind of narrative. For example, which streaming service would you rather invest in: Streamer A, which is projecting a 30% decline in new subscribers from Q4 to Q1 and is $15 billion in debt or Streamer B, which recently concluded a record-breaking 2020 in terms of new subscribers added while generating $25 billion in revenue? Trick question—both streamers are Netflix.

With AT&T announcing its Q4 earnings Wednesday morning, including updates on fledgling streaming service HBO Max, it’s worth remembering that success and failure isn’t always as simple as a mere statistic. We have to dig deeper into the context to unearth a full understanding.

WarnerMedia finished 2020 with 41.5 million U.S. subscribers between HBO and HBO Max, beating internal expectations of 36 million. Globally, HBO and HBO Max total 61 million subscribers. On paper, that sounds pretty great and we’ve championed Max’s impressive library from the start. However, for AT&T, there is a difference between subscribers and “activations,” as consumers can access the streamer directly through WarnerMedia as well as through their pay TV providers at no extra charge if they are existing HBO customers. Subscribers include those who are eligible to convert to HBO Max at no extra cost but may not yet have done so whereas activations include customers who have downloaded, or activated, the HBO Max app.

With that in mind, HBO Max added 8.5 million activations to its subscription base in Q4 (October 2020-December 2020), raising its total activations to 17.1 million. This marks a 98.8% increase as compared to the 8.6 million the company had in Q3. HBO Max activations have doubled since then, coinciding with Max’s availability on Roku and Amazon Fire and the hybrid release of Wonder Woman 1984. At the least, it appears as if WW84 met expectations, though I’ll admit I’m surprised HBO Max did not surpass 20 million activations with its flurry of Q4 activity.

Between Roku and Amazon Fire, HBO Max increased its potential reach by 80 million U.S. users. Max original The Flight Attendant and HBO’s limited series The Undoing also made a bit of noise for the streamer in terms of attracting new sign-ups, according to ANTENNA data. There’s steady growth here but perhaps not an over-performance of scale as was hoped prior to the release of the Wonder Woman sequel. 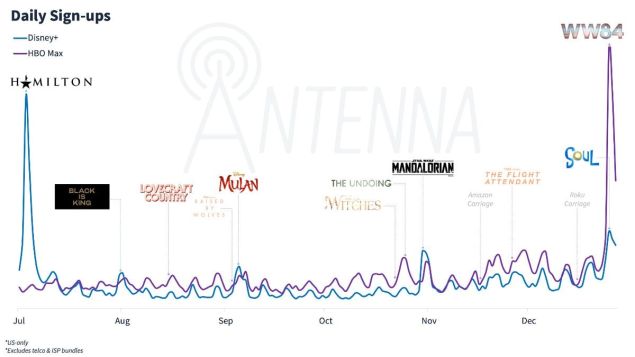 It’s unfair to compare the service to Disney+, which has experienced unprecedentedly rapid growth since launching in late 2019. But Disney+ quickly emerged as the lone bright spot for the Walt Disney Company in this revenue-destroying pandemic, single-handedly pumping up Disney share price over the last year.

According to AT&T’s earnings report, the “COVID-19 pandemic impacted revenues across all businesses, particularly WarnerMedia,” which resulted in declines in content revenues across multiple areas. We’ve been bullish long-term on HBO Max since the beginning thanks to its excellent content library and upcoming originals, but WarnerMedia needed to ameliorate its soft launch by shifting its entire 2021 theatrical slate to hybrid HBO Max releases. The Q4 growth beat internal expectations, but AT&T stock has only grown by 2% as of this writing. Since HBO Max launched on May 27, AT&T stock has actually dropped 6.5%.

But with 17 films set to debut on HBO Max in 2021, including Godzilla vs. Kong, the goal is for the steady incremental growth to continue. According to a recent HSI survey, HBO Max has the most highly anticipated new releases of 2021 among American consumers when compared to Netflix, Disney+, Amazon Prime Video, Apple TV+, and Hulu. 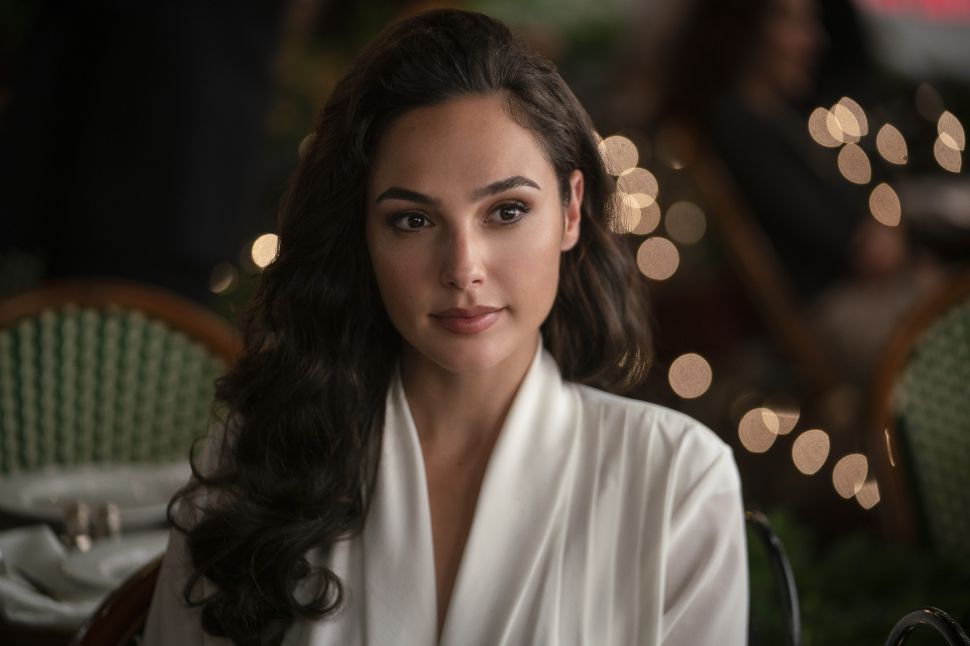