The International Space Station is aging. According to one estimate, the ISS has only ten years left, at best, before it has to retire or undergo a major renovation in order to continue service. With monumental change now in sight, an entire industry has cropped up around providing the possibilities.

Future-minded space entrepreneurs are dreaming big to find a solution to this problem, floating creative proposals such as 3D-printing tools in space to do repair work, modifying dead rocket stages into space labs, and building a new space station from scratch.

The latest and most radical plan comes from a four-year-old startup called Axiom Space. Based in Houston, Texas, just a stone’s throw from NASA’s Johnson Space Center, the company was founded by NASA’s former ISS manager Michael Suffredini (from 2005 to 2015). Its plan is to build a commercial space station on its own, with the first module to launch as soon as 2024.

To be sure, the initial versions of these space modules, dubbed “AxStation,” won’t be on the same scale as the ISS we have now. The one set to launch by 2024 will be a crew module attached to the existing ISS. Axiom plans to launch at least two similar modules—including a lab and a panoramic observatory—in the following year.

And after 2028, the year in which Suffredini expects the ISS to retire, those modules will detach from the ISS to form a free-flying space station. It will be able to support scientific research just as the ISS and double as a space hotel for deep-pocketed explorers who want to take a vacation from 250 miles above Earth. The ticket price is rumored at $55 million per person. And it’s reported that Tom Cruise and director Doug Liman have reserved spots to shoot the first film in space inside an AxStation.

NASA and SpaceX will be involved in the process as well. Exactly a year ago, Axiom scored a $140 million “indefinite-delivery, indefinite-quantity” contract from NASA to attach one of its crew modules to a docking port on the ISS.

Late in 2021, Axiom will fly a crew of four private astronauts—including Michael López-Alegría, a former NASA astronaut who now works for Axiom, former Israeli fighter pilot Eytan Stibbe, and two yet-to-be-announced space tourists—in a SpaceX Dragon capsule for a short stay on the ISS. And when Axiom operates its own space hotel in the future, passengers can expect a full out-of-this-world experience in its designer-decorated vacation cabins.

Replacing the ISS with a commercial space station will be a huge money saver for NASA. NASA currently spends $3.5 billion every year to operate the ISS. “Not to mention what the other agencies are providing [to operate and maintain the ISS],” López-Alegría, now Axiom’s head of business development, recently told Business Insider. “They’d like to spend some of that money on deeper-space exploration, with the Artemis program or whatever the next administration decides.”

“Axiom’s work to develop a commercial destination in space is a critical step for NASA to meet its long-term needs for astronaut training, scientific research, and technology demonstrations in low-Earth orbit,” NASA Administrator Jim Bridenstine said in a statement in January 2020. “We are transforming the way NASA works with industry to benefit the global economy and advance space exploration.” 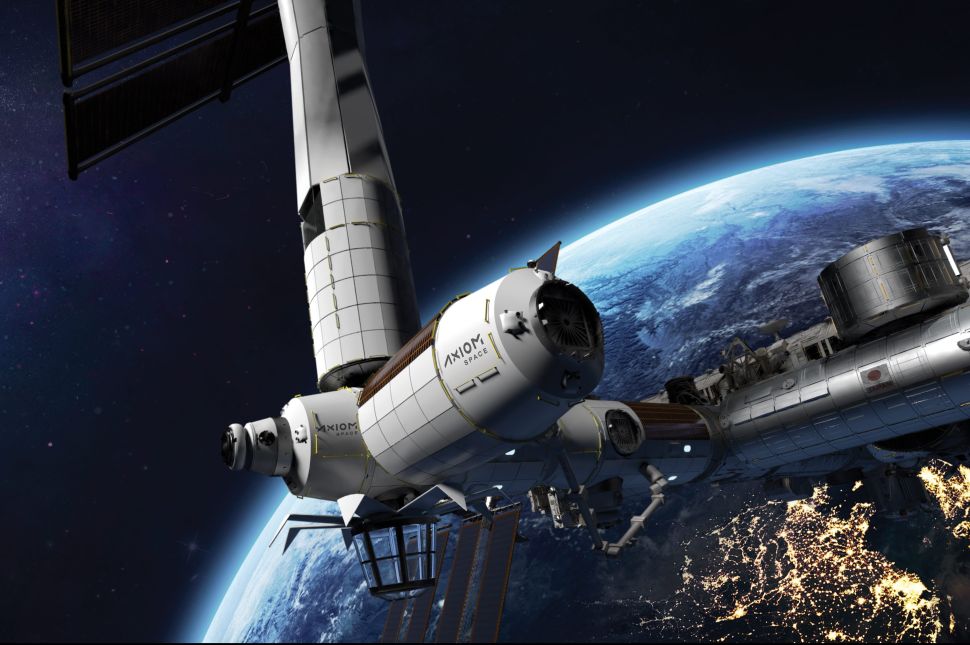