Netflix has not yet officially renewed Shonda Rhimes’ Bridgerton for a second season. But after the streamer touted the romance drama’s immediate popularity earlier this week, a renewal is all but certain. With nine novels of source material written by Julia Quinn, there’s ample directions the Netflix hit can go in moving forward. But the show’s stars also have ideas of their own about what’s to come on the steamy series.

Bridgerton follows Daphne Bridgerton (Phoebe Dynevor), the eldest daughter of the affluent Bridgerton family as she makes her debut onto Regency London’s competitive marriage market. Hoping to find true love, her prospects—initially unrivaled—dwindle as her older brother Anthony (Jonathan Bailey) meddles in her affairs and the anonymous gossip writer Lady Whistledown (voiced by Julie Andrews) exposes every dirty little secret of the season. But hearts are set aflutter when Simon Basset, the Duke of Hastings (Regé-Jean Page) enters the picture despite his intent desire to remain a bachelor.

*Spoilers for Season 1 of Netflix’s Bridgerton*

“There’s never really a happy ending, is there?” Dynevor said during the 92Y Talk moderated by Decider Wednesday night. “Love always takes new forms and is ever-changing so there will always be hurdles in Daphne and Simon’s relationship in the future, which is always interesting to explore.”

The novels each focus on a different member of the Bridgerton family as they attempt to find true love in life. If the series follows suit, Daphne and Simon may not be the central focus of Season 2 as they were in Season 1. That leaves room for other Bridgerton siblings, such as the rebellious Eloise (Claudia Jessie) to take center stage.

“If [Bridgerton Season 2] happens, it will literally be Eloise’s debut to the marriage market. After watching her sister, whom she sees as the ‘perfect example’ of what the ‘perfect young lady should do.’ Obviously, Daphne’s been going through all sorts of crap,” Jessie said.

“But you know Eloise has this idea: ‘Well, I’m not gonna do it like that.‘ So I’m quite excited. The idea of Eloise being able to be in that environment doing it in Eloise’s way is potentially the funniest thing in the world. Can you imagine her dancing with someone? Can you? I can’t. She’d be terrified and she’d be brilliant.”

Jessie also notes that a second season would have to touch on the dynamic between Eloise and her best friend Penelope (Nicola Coughlan), who is revealed to be the mysterious Lady Whistledown in the Season 1 finale.

“Eloise and Penelope’s relationship is gonna change!” Jessie said. “Obviously they’re best mates, but there’s a lot that Penelope hasn’t shared with Eloise. And I’m sure there are loads of secret love and romantic desires that Eloise has had that she hasn’t been brave enough to share.”

One of the most compelling relationships of the show that did not receive enough screen time is that of Simon and Lady Danbury (Adjoa Andoh), who becomes a surrogate mother to the future Duke of Hastings as a young boy. Andoh hopes Season 2 will provide her character with a greater opportunity to support her fellow high society female compatriots.

“I would love to really develop those female friendships, for Lady Danbury to be a sort of conduit for doing that. For making things happen. For making space for these women to develop. I would love to see some development of the friendships between the older women, particularly, and also more of that bohemian, artistic scene…more of that world,” she said. “But absolutely making space for the extraordinary creativity of those women.”

Bridgerton debuted on Netflix December 25 and the streamer typically waits at least four weeks before making official cancellation or renewal announcements. But don’t fret, Bridgerton fans. The series is all but guaranteed to have a second go-around. 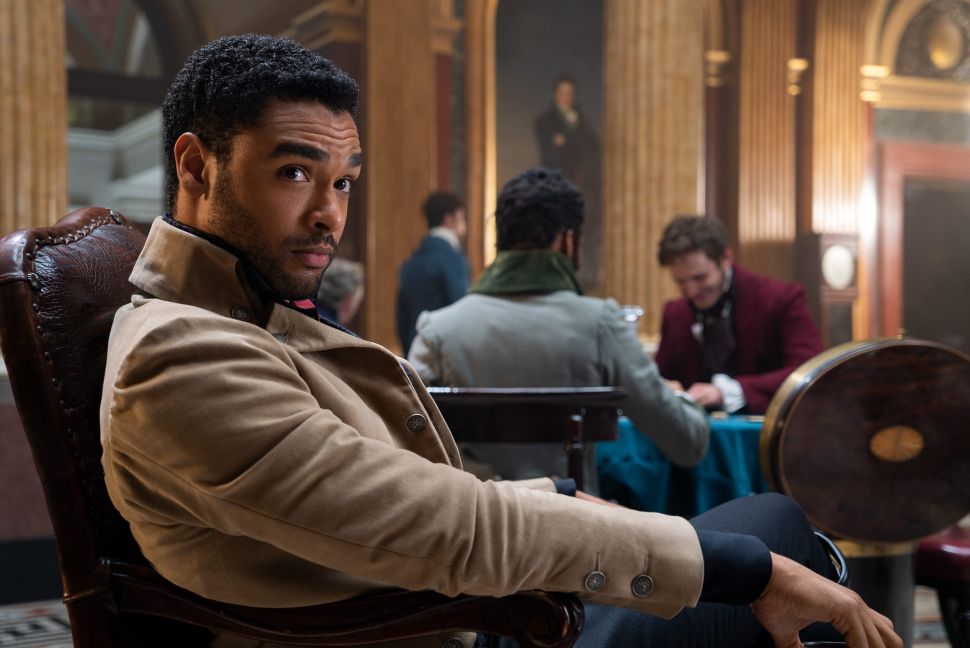