Since last March, when theaters across the nation shut down and it became clear that in-person gatherings were unsafe, stage actors realized that it would be a long time before anything resembling stable employment would be part of their lives. Broadway players, in particular, have watched as the stalwart industry that supported them eroded before their very eyes: Broadway theaters will remain shut until at least June of 2021. However, according to recent reports, there aren’t necessarily zero opportunities in the future for displaced thespians. Warren Leight, the showrunner of Law & Order: Special Victims Unit, has explicitly stated his intent to hire as many theater actors as possible.

We are trying to hire every Broadway actor we can while we and they wait for the curtains to rise again https://t.co/QhwjfyMSdS

Leight conveyed this sentiment in the wake of the news that the Tony-nominated Hadestown actor Eva Noblezada and Beetlejuice star Alex Brightman had been cast in an upcoming episode of SVU. Furthermore, the iconic crime procedural has always acted as a sort of unofficial stepping stone for actors of all stripes (theater, screen, Broadway stage) who are looking to get noticed in a notoriously brutal industry. In a follow-up to his original tweet, Leight elaborated that his search for talent wasn’t limited to established Broadway stars: “by Broadway, we of course also mean off, and off-off, and off-off-off,” he wrote.

During the pandemic, some driven theatrical professionals have been inspired to stage outdoor performances, while others have elected to shoot entire films within social-distancing protocols. These efforts have produced interesting time capsules from the period we’re living through: drive-in movie theaters made a comeback over the summer, and original TV creations like Euphoria‘s special episode “Part 1: Rue” simply featured two actors talking to one another in a nearly-empty diner. Minimally-cast productions such as the Euphoria episode seem to be injecting black box-like theatrical elements back into television, which is what makes TV shows casting Broadway actors during this time also feel so right: the lines between different art forms have been blurred beyond all recognition, and perhaps permanently. 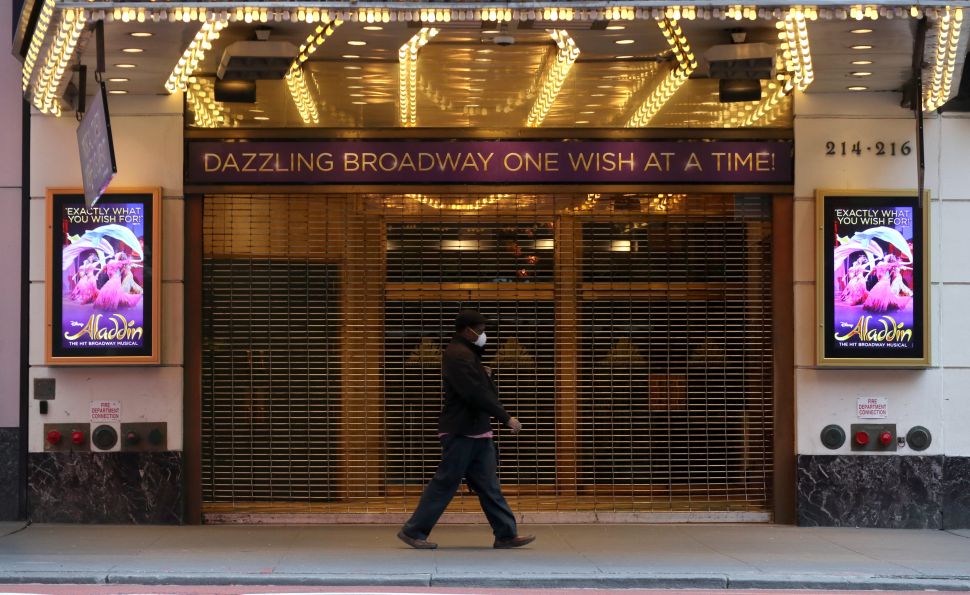