There have been many destabilizing events throughout the Trump presidency, but a mob of the Commander in Chief’s loyal followers took things to unprecedented new lows on Wednesday when, at Trump’s urging, they rushed the United States Capitol building, forced their way inside after confronting a lackluster police presence and proceeded to essentially ransack the place. The events of the day horrified a global audience and have thus far led to the deaths of five people, but there’s another element to the destruction that took place: what happened to the art inside the Capitol building, and how can it be better safeguarded in the future?

According to the New York Times, several works of art within the building sustained damage inflicted by the mob, but the items considered to be the most valuable in the Capitol’s collection fortunately appear to be unscathed. These treasures include the four large paintings by John Trumbull in the Capitol’s rotunda, each of which depict key moments in American history, as well as The Apotheosis of Washington, a fresco by Constantino Brumidi on the rotunda’s dome. However, it’s clear that certain things were defaced: a 19th-century marble bust of Zachary Taylor was smeared with what appears to be blood. According to the Times, other participants in the mob removed at least one painting from its frame, stole a framed photo of the Dalai Lama and ripped up a scroll bearing Chinese characters.

All of this, of course, is in addition to the damage the mob did to the building itself, which was designed by Dr. William Thornton in the 1700s. Rioters broke windows, smoked weed indoors, broke down doorways and smashed up Capitol furniture. Although a 7-foot-tall fence has been erected around the Capitol, and it’s scheduled to remain there for the next 30 days, Trump’s supporters have proven that they’re willing to engage in wanton violence in order to get their point across, and those sentiments aren’t likely to die down anytime soon.

So, in the future, what can the staff of government buildings do to ensure that institutional art collections aren’t as vulnerable as the Capitol’s was? “All the art in the Capitol is basically on view,” Barbara A. Wolanin, the former curator for the Architect of the Capitol, told the Times. “There aren’t a lot of things hidden away.” Since America is clearly in the throes of an ongoing violent crisis, it might be high time to start temporarily storing the nation’s most valued paintings and busts in facilities where angry mobs can’t get to them. 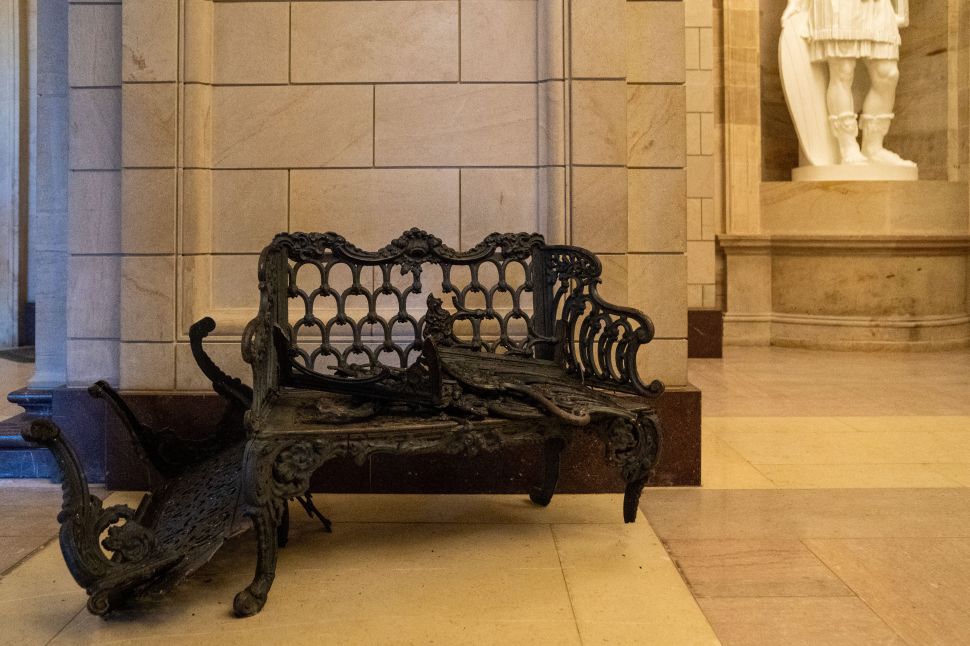