The third installment in a revival of an ’80s property brings back beloved characters decades later to mentor a new generation, in a story about confronting the legacy of the original franchise, all while an old villain returns to life to haunt both new and old characters. But enough about The Rise of Skywalker, because the third season of Cobra Kai, which has moved from YouTube to Netflix, feels like it was made to show the latest Star Wars movie how to do a legacy sequel right.

Set 30 years after the events of The Karate Kid, we now follow Johnny Lawrence (William Zabka) — the villainous rival martial artist of that film — as he struggles to break free of the legacy of violence and bullying in his old dojo, Cobra Kai and decides to mentor a new generation of kids into using karate to defend themselves. Meanwhile, Daniel LaRusso (Ralph Macchio) also returns, but this time he goes from being the protagonist to being an antagonist of Johnny’s story as he reckons with the legacy of his victory at the 1984 All Valley Karate Tournament. Legacy has been the show’s main theme so far, as the “legacy characters” can’t seem to be able to escape the people they were for a brief period in high school.

Both Johnny and Daniel are stuck in 1984. Johnny blames all of his life’s failures on Daniel taking victory away from him, and supposedly stealing his girl decades ago. Daniel’s entire life revolves around the fact that he won a karate tournament as a kid, leaving his home life, his public persona and even his business defined by that victory — as the fictional “kicking the competition” commercials for Daniel’s car dealership remind us. Worse yet, it doesn’t even seem to be about Daniel’s legacy, but his mentor, Mr. Miyagi’s. His car dealership? It was Miyagi’s dream. His appropriating the image of the Bonsai tree? Miyagi once gave Daniel one of those.

When The Force Awakens premiered, we saw the returns of Han, Leia and (briefly) Luke Skywalker. But rather than acting as the grand heroes fans expected them to be after defeating the Empire in Episode VI, they were mostly the same people they were in their 20s. Han was still a smuggler, and Leia was leading a rebellion. As for Luke? Well, he starts out his arc in the sequel trilogy in the same place Daniel LaRusso is at in Season 3 of Cobra Kai — having tried to spread the knowledge his master taught him and failed spectacularly when a student went bad. In Season 2 of Cobra Kai, Daniel revives Miyagi-Do Karate specifically to counter Johnny’s Cobra Kai dojo. In the process, he takes Johnny’s son, Robby, as an apprentice, and tries to “save” him from his father’s legacy and influence. Except Robby does the opposite. In a moment of jealousy and anger, he knocks Johnny’s student Miguel over a railing, cracking his spine and putting him in a coma at the end of last season.

Like Luke Skywalker after Ben Solo murders all his students, Daniel shuts down his dojo and all but goes into hiding. This season finds Daniel confronting his mistakes as a teacher, seeing his best student turn to the dark side — or joining the rival karate dojo. And like Luke, it takes some words of encouragement and a new lesson from his own sensei — or rather, an old rival trained in the same school of karate as he was — to make Daniel realize that he doesn’t have to strictly follow the book. When he travels to Okinawa, Japan, and confronts his former fight-to-the-death nemesis, Chozen, Daniel LaRusso gets his “we are what they grow beyond” moment that Yoda gives to Luke in The Last Jedi and gets back into the fight.

Season 3 of Cobra Kai is all about teachers, and the struggle of wanting to honor them while recognizing their flaws and trying to move past them. Daniel spends the first two seasons trying to replicate the teachings of his teacher, Mr. Miyagi, who he’s basically put in an unreachable altar. For Johnny, it means recognizing that he owes much of who he is today, the good and the bad, to his monster of a teacher, John Kreese. No matter how hard Johnny tries to use his knowledge for good, helping the kids defend themselves against bullies, he occasionally fails and becomes a bully himself, while passing that on to his pupils.

Though a big focus is always on the legacy characters, Cobra Kai is just as interested in using the new cast of characters to both comment and also evolve the story of the films. While Robby was taught by Daniel but ended up more like the version of his dad we saw in the movie, Johnny’s student Miguel became more and more like Daniel in the ’80s the more he trained with Johnny. Like Yoda tells Luke, it is a teacher’s goal to see their students surpass them, and we see that this season with Miguel. Even when he — understandably — blames Johnny for following his advice of showing mercy, only to be put in a coma, he still recognizes that Johnny is only a human and decides that he’ll take his sensei’s teachings while carving his own path. Similarly, Daniel’s daughter Samantha acknowledges that her father only tried to pass on to her what he learned from Miyagi, but knows he isn’t without flaws. By the end of the season, she reaches out to Miguel’s team to form a different kind of dojo that combines the best of both teachers.

The reason for this alliance is the emergence of The Karate Kid‘s answer to Palpatine — John Kreese, who is in full villain mode in Season 3. He may have told his students to cheat in a karate tournament in the film, but decades later, he’s encouraging them to break into people’s houses and attack them just for belonging to a rival dojo. By the end of the season you wouldn’t be surprised if he suddenly revealed plans for a Death Star of his own. But in keeping with the theme of teachers, this season gives Kreese an extended backstory and a teacher who molded him into being the ruthless maniac he is today. Rather than realize his teacher was a psychopath, though, Kreese fully buys into this view of the world as a place to kill and be killed and makes it his life’s mission to indoctrinate kids into that belief.

In three short seasons, Cobra Kai has proven itself to be the best example of what a legacy sequel can be. Not only does it feature a ton of fan service and ‘80s references, but it does so in service of an engaging present-day story, all while commenting on the legacy of the franchise at large. With a cliffhanger ending that teases the ultimate alliance to take on Kreese’s evil empire, the show promises to be a more satisfying Rise of Skywalker than even Star Wars got — except with a lot more karate.

Cobra Kai is available to stream on Netflix. 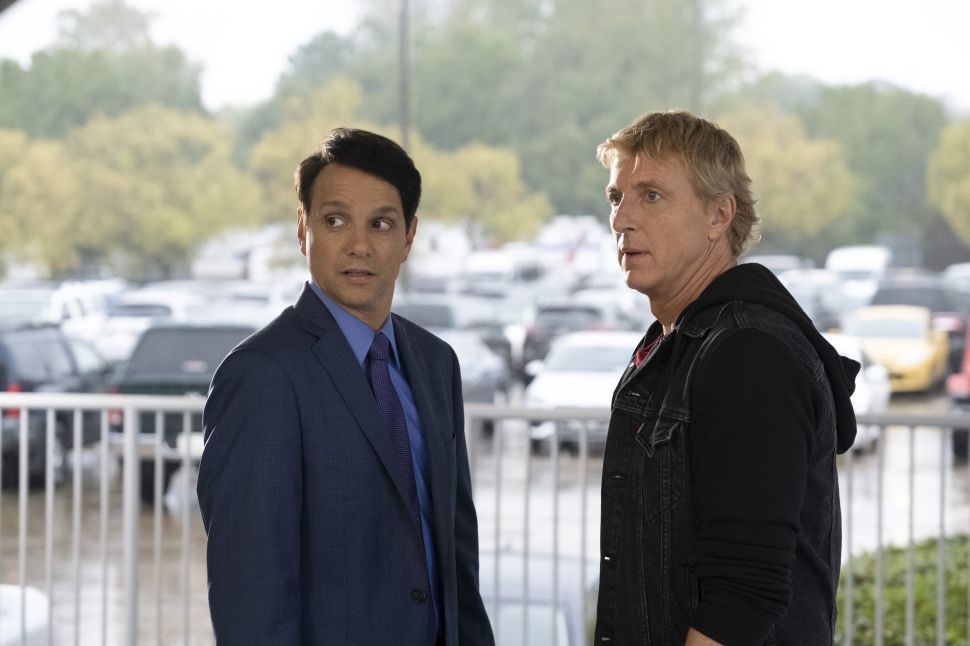