Artwork that vividly depicts or celebrates the vagina in some way is a territory that’s as well-trodden as still life paintings of bowls of fruit, but nevertheless, a global uprising of conservative mentalities has recently resulted in vagina artwork being deemed controversial. Over the weekend, the Brazilian visual artist Juliana Notari debuted her new sculpture, entitled Diva, on a hillside at Usina del Arte, an art park in the culturally active Brazilian state of Pernambuco. Described by the artist as “a massive vulva / wound excavation,” the bright red and attention-grabbing sculpture has drawn predictable criticisms from foul-mouthed online commentators.

Diva, which is a striking 33 meters high, 16 meters wide and 6 meters deep, has also arrived on the Brazilian art scene at a particularly pointed time. This is because Brazil’s president, Jair Bolsonaro, recently tweeted his criticism of the fact that the Argentinian senate had voted to legalize abortion; in Brazil, abortion is only selectively legal in cases of rape or life-threatening circumstances. “I deeply lament for the lives of Argentinian children, now subject to being cut in their mothers’ wombs with the consent of the State,” Bolsonaro wrote on December 30th. “As far as it depends on me and my government, abortion will never be approved on our land.”

Notari’s work could certainly be interpreted as a conveniently-timed rebuke to these sentiments, which is perhaps why the sculpture has attracted so much ire. But Notari, whose multidisciplinary work has been exhibited at many different galleries and included in both private and public collections, also wrote on her Facebook page that she wanted to use the piece to comment more generally on gender issues.

“In Diva, I use art to dialogue with…gender issues from a female perspective combined with a cosmopocentric and anthropocentric western society,” Notari said. “Currently these issues have become increasingly urgent. After all, it is by changing perspective of our relationship between humans and nonhuman, that will allow us to live longer on that planet and in a less unequal and catastrophic society.” 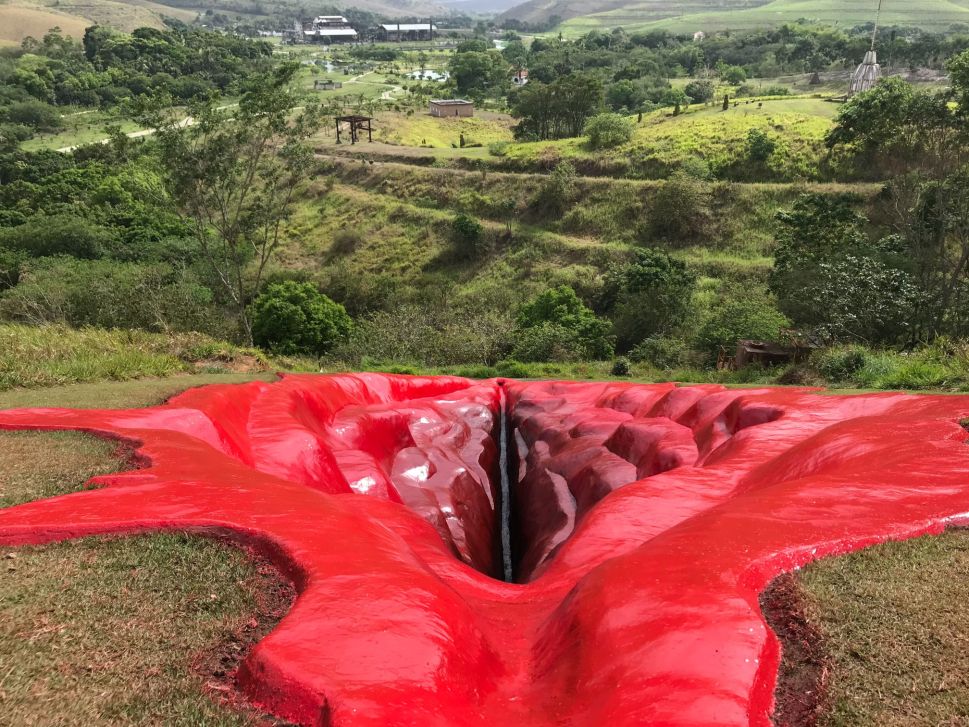