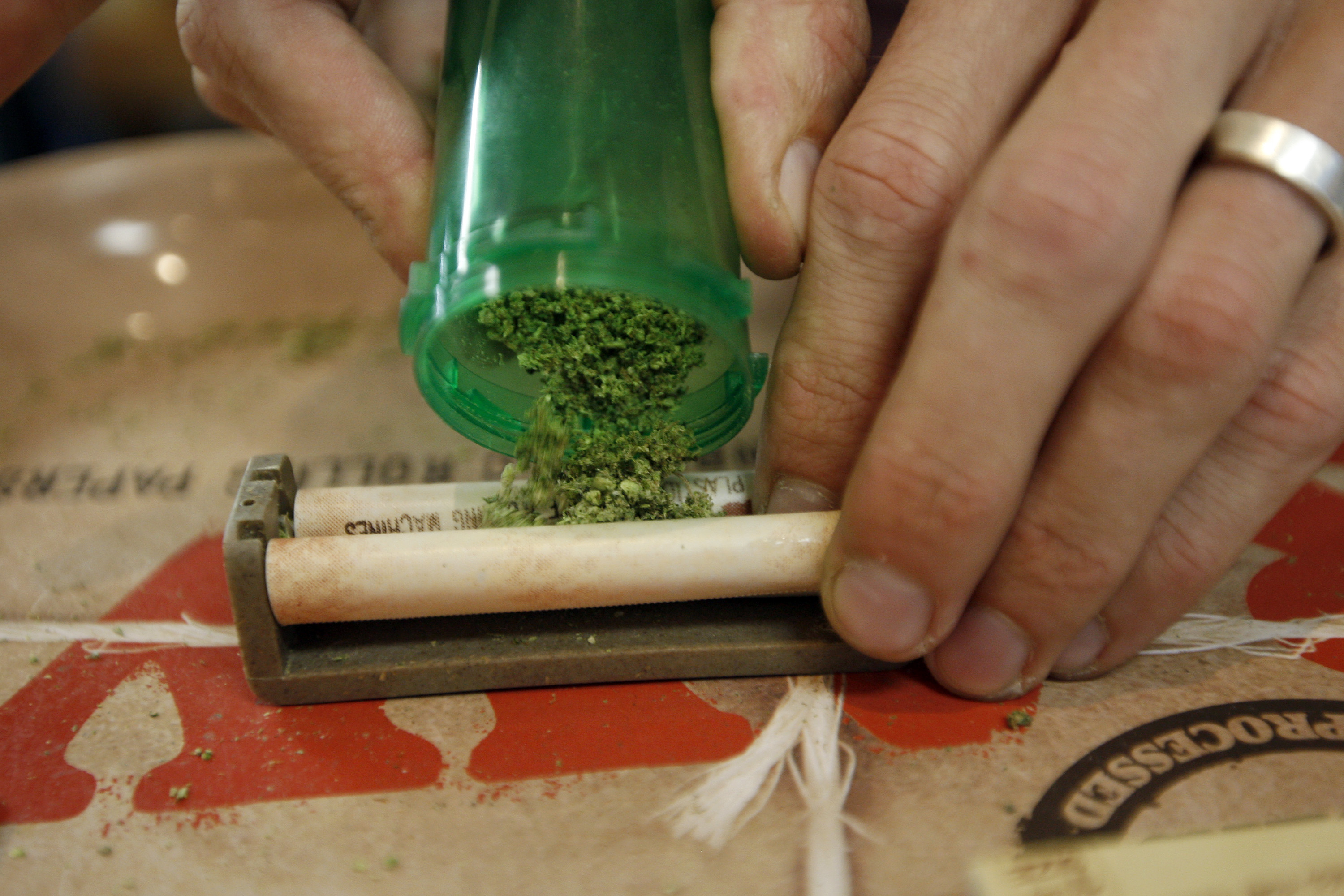 Boring and terrifying, the endless tedium of the COVID-19 pandemic has triggered shifts in many Americans’ substance-use habits—and mostly for the worse. But at least in New York, COVID-19 has cut down on cocaine habits. Instead of disappearing into dingy club bathrooms, New York partygoers are staying home and smoking cannabis.

Across the country, the pandemic has seen fatal drug overdoses rise in areas already hit hard by opiate-related fatalities. In San Francisco, overdoses killed more than 621 people in 2020, almost four times as many as COVID-19; as of Monday, the coronavirus has killed “only” 194 in San Francisco County. And doctors and researchers are openly worrying that Americans are drinking more, and drinking more often.

Some researchers theorize that the anxious and lonely tedium of quarantines and lockdowns compel isolated people to start using more substances in order to cope with the stress of living through the horrors of a once-in-a-century pandemic, and doing so mostly alone—and this is partially true.

Aware of earlier findings that social isolation triggered spikes in drug use, researchers at New York University’s Langone Health Center wanted to quantify what social distancing measures imposed during New York’s lockdown in the spring did to that city’s party scene.

Among the 128 adults surveyed, large majorities reported using less cocaine (78.6 percent), less MDMA (71.1 percent) and less LSD (68 percent). Even those who still use cocaine reported using less of it, and less frequently. Only one drug surveyed showed a large, across-the-board increase: 35 percent of respondents reported using more cannabis, according to the survey, published in December in the journal Substance Use & Misuse.

According to the researchers, “this study is among the first to investigate changes in drug use behavior” caused by “widespread implementation of social distancing measures to contain COVID-19.”

However, one finding among the study’s results is consistent with other drug-use surveys from around the world, nearly all of which show that people are using more cannabis in lockdown.

See Also: Scare Tactics Used Against Marijuana Legalization Have All Gone Up In Smoke

In the fall, the Global Drug Survey released results from an online survey conducted between May and June. Over 30 percent of more than 55,000 respondents from around the world—including the UK, Australia, and United States—reported using more cannabis during lockdown. (The second-most popular drug during the pandemic’s early days were prescription benzodiazepines, probably a reflection of intense anxiety caused during social isolation.) That’s consistent with sales figures recorded in states where cannabis is legal. For legal dispensaries, COVID-19 has triggered a boom time.

Why is this? Perhaps it’s because people don’t use party drugs if they don’t—or can’t—party. Cannabis use is going up relative to other drugs in part because of how cannabis is obtained—and the situations in which it is used.

The NYU researchers noted that most partygoers surveyed reported obtaining party drugs from friends and other personal associates while at parties—rather than “dealers” or other informal sellers. Once the parties were canceled and everyone was stuck at home alone with their cats and Netflix, the drug supply went away—and users did not seek out an alternate source, even if they were inclined to use. (And this is despite the finding that the pandemic did not affect quality, cost, or general availability of these drugs.)

Cannabis, by contrast, can be obtained via techniques available before the pandemic: this delivery service, that friend, this underground cannabis dispensary, that guy on the block. And lockdown life appears “conducive” to smoking more weed, in part because in twenty states where cannabis is available from recreational or medical dispensaries, those stores were declared “essential businesses” and stayed open.

Notably, some cocaine users didn’t report their habit changing all that much, particularly if they were older and wealthier. (Old habits, that you can easily fund, apparently die harder.) But even they appear to be susceptible to the allure of staying home and getting stoned.

For all of us still stuck in lockdown or quarantine during the predicted winter surge—as the more contagious strain of coronavirus appears in the United States—the survey’s findings confirm what we’ve already seen and know. But drug-use researchers and public-health experts will take note well into the future. The findings support a “social theory” of drug use. It’s not so much the drug itself as the setting that triggers using.

But what the study does not necessarily prove is that the study participants’ used more cannabis because they had stopped partying (and thus stopped using party drugs).

“I cannot conclude from this study that an increase in cannabis use contributed to or was caused by the decrease in the use of other substances,” said Dr. Patricia Frye, a physician and professor at the University of Maryland’s School of Pharmacy who is also the medical director of Takoma Park Integrative Care, a medical-cannabis centric wellness clinic in Maryland.

Just as likely was that “cannabis is the substance of choice when at home and that during social distancing people were at home more,” Frye added. “And/or, cannabis use increased to treat anxiety, depression, and/or stress which escalated during the pandemic.”

What happens after the pandemic ends—when it ends? Plenty of theorists have suggested a repeat of what happened a century ago: the very social Roaring 20s, with parties and cavorting and carousing normalized. That’s certainly possible. But cannabis will also be more widely available than ever before in the next decade, with more states making legal access to marijuana available. Given cannabis’s medical applications and relatively low risk, that might not be so bad. 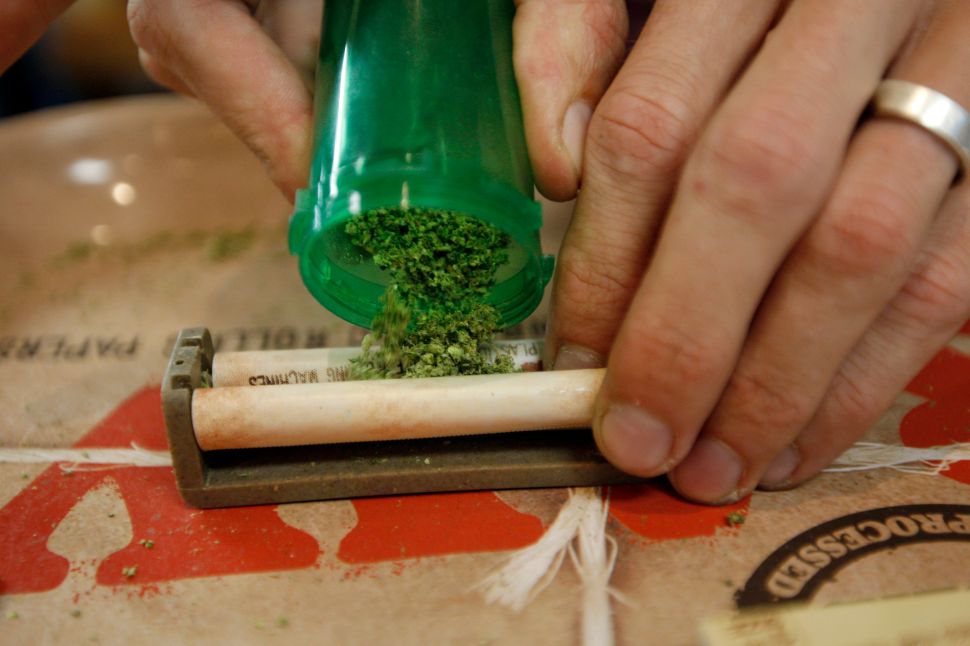