The Department of Health and Human Services (DHHS) is about to announce a set of new guidelines about COVID-19 vaccine distribution as soon as Tuesday in an effort to speed up the bumpy first month of vaccine rollout.

Notably, new guidelines will include the immediate release of the second doses of Pfizer and Moderna vaccines held by the Trump administration, according to CNN, citing a senior White House official. The plan has been pushed by President-elect Joe Biden but met with disapprovals from public health experts who are concerned with the risk of depleting resources needed to vaccinate more people.

Both Pfizer and Moderna’s vaccines require two rounds of injection administered three weeks apart. Anticipating demand for a booster dose among people who have received the first one, the administration has reserved millions of vaccines on hand, which partly explains why only nine million people in the U.S. have received vaccines while more than 25 million doses have been distributed, per the U.S. Centers for Disease Control and Prevention (CDC)’s numbers on Monday.

To reach herd immunity, at least half of the population would need to be vaccinated. So some policymakers floated the idea of reducing the number of doses, extending the time between doses, or cutting doses in half. But ramping up availability of first doses should not put the inventory of second doses at risk, said critics of the plan.

“If President-Elect Biden is calling for the distribution of vaccines knowing that there would not be a second dose available, that decision is without science or data and is contrary to the FDA’s approved label,” Operation Warp Speed spokesman Michael Pratt said on Friday.

His opinion was echoed by FDA officials as well as top doctors at vaccine makers.

“At this time, suggesting changes to the FDA-authorized dosing or schedules of these vaccines is premature and not rooted solidly in the available evidence,” FDA Commissioner Stephen Hahn and the agency’s vaccine chief Peter Marks said in a statement last week. “Without appropriate data supporting such changes in vaccine administration, we run a significant risk of placing public health at risk, undermining the historic vaccination efforts to protect the population from COVID-19.”

At a health conference on Monday, Moderna’s Chief Medical Officer Tal Zaks warned against giving patients only half doses of its COVID-19 vaccine.

“We’re advocating for following the data and the science. We do not have data on efficacy for half the dose,” Zaks said at the J.P. Morgan Healthcare Conference.

Also advising against cutting doses in half, Pfizer recently said there’s no data showing that immunity from the first dose lasts more than 21 days.

Highlighting the many unknowns around COVID-19 vaccines, Zaks added that Moderna is still studying whether people can still transmit the virus after getting the vaccine. Existing research suggests that the two-dose vaccine can provide protection for up to a year. 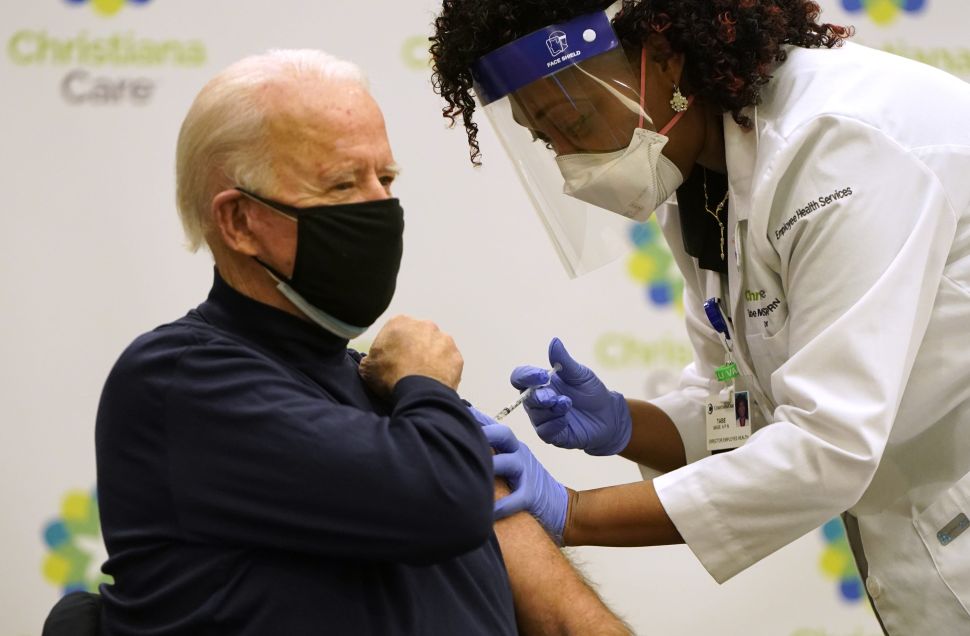